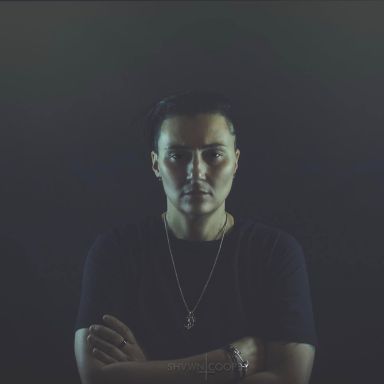 How do I explain where these scars are from?

I used to think that being up front about my diagnosis was the only way to be with would-be girlfriends coming into my life. I come from a fairly small city anyway, one where I’m very well known, so it’s not like I kept it a secret. Friends and supporters have always praised my perseverance against my disease as such a fighter, such an inspiration for others. Women constantly tell me that they find my scars sexy and it somehow adds to my persona.

It’s funny how that same thing that attracts admiration has been the downfall of so many of my relationships. It hit me last year when someone I was seeing pulled away, telling me that she couldn’t’ see me go through treatment, that it was hard on her. How it would hurt HER to watch ME suffer. Initially I thought wow, you selfish bitch. Until I sat back and recognized there was a pattern.

Am I seriously dating nothing but shallow women? The ones that come to me drawn by my so-called strength and integrity, but later can’t hack it when they see the tubes coming out of my chest and the staples holding me back together? The ones that force their way in my life because they want so desperately to be there for me, but then leave at the sight of my blood? When I start looking at my health, and start counting backwards in my relationships, the fact is, no, they couldn’t handle it. Not a single one.

It starts out with seemingly noble intentions, but over time frequent trips to the doctor’s for routine monitoring to make sure I’m okay start to become too repetitive. Then there’s a scare. What did the lab find in my bloodwork? What does all of this mean, what the doctor was explaining? It’s confusing. Should she be worried? All of this is scary. The exciting things about my life and being a part of it suddenly got too real and HOLY SHIT THAT’S A HUGE NEEDLE!

We’re supposed to learn from our mistakes, so as not to keep making them. Tried a new approach, dating someone that doesn’t know me from social media, doesn’t know many people that know of me. Everything is exciting in that initial stage when you meet someone and the feelings are mutual. Then you wake up the next morning and she cuddles closer and notices something that she overlooked before. Is that a scar? She squints a bit and lets her eyes refocus. What are all those scars from? Oh my god, what happened?

Dilemma. What you don’t see when the lights are dim and our clothes are coming off is the ear to ear scar that reaches around my entire throat. You don’t see the holes that have healed over in my chest from the tubes that have been constantly inserted during all too frequent hospitalizations. I’m honest, brutally honest. I have cancer. It’s either met with a stunned expression on their face, or a chuckle of nervous disbelief. I say that so nonchalantly, don’t I? Well, I’m used to it.

No one really knows how to take that news, but the reactions and behaviors that follow it have all been painfully similar. No matter how different each person was that I was involved with. The stripper, the accountant, the lawyer, it doesn’t matter who they are, or how drastic the differences were. The one similarity is that they couldn’t handle this.

Everyone tries initially to be supportive. They’re motivated to be there with whatever it is that you need. They have the best intentions out of the gate. Over time, that seems to deteriorate, but is it just them being selfish or just realizing investing in someone that could die on them isn’t wise for their future? Little by little they stop coming along for appointments, start showing up later and later to the hospital. Then stop coming at all. Then it’s awkward avoidance because of their guilty conscience, followed by an even more awkward explanation when their guilt gets the better of them.

The truth of the matter is some of them were selfish fucking bitches, there’s no way to sugar coat that. The other truth is that sometimes, it really hurt the ones that really loved me to sit back and watch the endless cycle that is my life, the ever revolving door in and out of the hospital, in and out of surgery. Throwing up. Trying to recover. How do you watch someone you love take that over and over and over again? We haven’t said ‘til death do us part. That wasn’t part of the agreement they signed up for when they met me.

It puts someone like me in a perpetual state of standby of being lonely. I thought it was best to handle my medical treatment alone, but then that hurt people’s feelings that I was shutting them out. The downside is you finally open up to them and they get a glimpse of what it’s really like, and it’s like watching all their hopes and dreams burn in front of their faces.

Not that I’m complaining. I’ve met some amazing women. I used to think being gay was the biggest obstacle to overcome when it came to dating. Try being gay with an unstable cancer growing through your body. Now that’s a conversation starter over dinner.

To all the girlfriends that tried to stick around, I really do commend your effort. To the ones that thought I was a novelty and you thought you could redeem your soul and bailed because it was too much of a hassle or interfered with your club life, I ain’t mad at you either. We only have one life to live. I intend on moving forward and living mine with or without anyone.

Cancer patient. Lesbian. Ridiculously unfiltered.
I'm not a writer, but I have a lot to say.