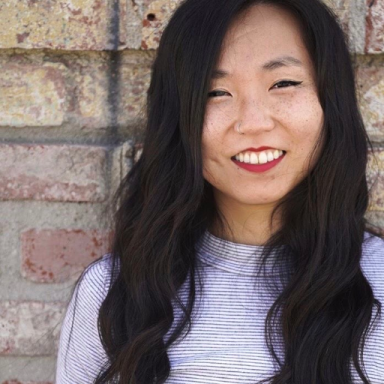 They are the fellow members of my support group, Co-Dependents Anonymous (CODA), a twelve-step program for people who desire healthy and loving relationships. We meet every Wednesday night in a cafe in Los Angeles. The meetings are run similar to other twelve-step programs like Alcoholics Anonymous, Narcotics Anonymous, and Al-Anon. We start and end each meeting by reciting the serenity prayer, and then we study one of the steps. Then comes my favorite part: the sharing.

When people first hear the word “codependency,” they often associate it with romantic relationships. The most cliché example might be that friend who just can’t stand being alone and is always either in a relationship or chasing after one. However, codependency isn’t just limited to intimate partners and can manifest in just about every aspect of your life.

You probably care a lot about what others think about you, because to you, their opinions are everything. You might have this uncontrollable urge and need to please people because pleasing others is your understanding of love. But when that love starts to feel like a drug, you might find yourself identifying with the some of the following:

If these characteristics resonate with you, you might be codependent, or in other words, addicted to love.

For most codependents, it all starts from day one: with your family.

CODA defines codependency as a compulsive behavior born out of sometimes moderately, sometimes extremely dysfunctional family systems. Codependents use others as their sole source of identity, value, well being, and as a way of trying to restore their emotional losses. These individuals’ histories might include other powerful addictions used to cope with their codependency. In fact, codependency is often comorbid with addictions such as food, alcohol, and drugs and disorders such as anxiety, PTSD, and depression.

As these individuals experience prolonged exposure to oppressive rules, which prevent the open expression of feeling and direct discussion of personal and interpersonal problems, an emotional, psychological, and behavioral condition, known as codependency, develops. Unfortunately, these self-defeating, learned behaviors or character defects attributed to codependency often result in a diminished capacity to initiate or participate in loving relationships. Codependents have difficulty setting boundaries, low self-worth, and put others’ needs ahead of their own, often resulting in catastrophic relationships or the inability to get out of one.

Nonetheless, being a codependent doesn’t necessarily mean you aren’t independent. I’m a codependent but I’ve never once doubted my independence, since I consider it to be one of my best qualities. Nonetheless, my independence derived from my abandonment issues and inability to trust others due to my enmeshed and intense religious upbringing. At 28 years old, I’ve traveled to over 40 countries, mostly on my own, and I never felt scared. However, up until a few months ago, I was terrified of revealing my tattoos to my traditional immigrant parents, fearing their wrath and my impending guilt and shame. I was so preoccupied with their feelings that I had been avoiding my own. Now that is codependency.

I’ve been in recovery and attending CODA meetings for a few months now. Prior to joining CODA, I had been feeling like the loneliest girl in the world. I felt misunderstood by everyone. I was so ashamed of a family that never even really felt like a family. I felt so small and alone.

And then I sat in that room packed with over 30 people, each with stories similar to mine—some more than others—and I felt right at home. I finally found what I had been longing for. I finally felt like I belonged here were my fellow kindred spirits, fighting our way toward sanity and spiritual freedom. The validation alone was enough to set me free from my addiction to this unhealthy version of love, the only kind I ever knew.

There is truly something incredible to be said about the power of sharing. Not only does this instill hope for the hopeless, but it also empowers the sharer. Each time I share something about myself, I hear my voice get louder and clearer. As someone who grew up having to suppress my voice, finding and hearing it again has been both therapeutic and healing.

The final step in the Twelve Steps of Co-Dependents Anonymous is having a spiritual awakening as the result of these steps, carrying this message to other codependents, and to practicing these principles in all our affairs.

I currently intern as a therapist at a community mental health clinic in Los Angeles and can attest to the fact that at least half of my clients are codependent in some way, shape, or form. Granted, I work mostly with immigrant populations who are inherently more collective. Regardless, they still account for 13.7% of the total US population, with one out of seven Americans being foreign-born. Children of these foreign-born individuals are often subject to feeling like they have to constantly prove to themselves and their families that their parents’ sacrifice was all worth it. That is codependency.

Awareness is just the beginning.