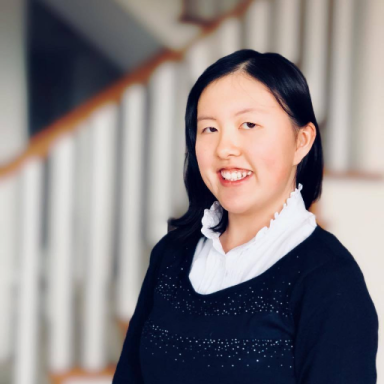 I had never met my paternal grandfather, since he passed away even before I was born. Sometimes my father would tell stories about his father, and I would always secretly wish for more.

Just a month ago, coincidentally on Father’s Day, I went to see a stage play in Taiwan called The Village (寶島一村). I experienced a tale that chronicles my grandfather’s grief and many other people’s despair. During that 200 minutes, I laughed hysterically at the amusing jokes, but my heart also shattered repeatedly from the tragic turn of events.

The story was set around wartime 70 years ago. Many people in China were forced to retreat to Taiwan for what they thought to be perhaps a few years. No one ever truly controls their destiny. They could not go back for a few decades, and some even passed away before seeing their relatives in China again.

My grandfather was one of them. He left China when he was a married 28-year-old elementary school teacher with two children. His family gave him so much to look forward to, yet that part of his life was cut short. He moved to a place where everything was entirely foreign to him. He waited and waited for a chance to go back to China.

The hope of returning to China gradually faded over time. After some years, he started to settle down and build a family in Taiwan. He married my grandmother. It was not for love, but for the sake of putting down his roots, or perhaps out of loneliness. They could barely understand each other’s language initially. My grandfather spoke Mandarin with a thick accent, and my grandmother spoke Hokkien. The lack of proper communication significantly intensified their daily stress. However, their love grew and they had five children together.

Even though he had a family in Taiwan, I could not imagine how heartbreaking it must have been for him knowing that he left everything he was familiar with behind, including his entire family, or how painful it must have been for his children and parents, knowing that life had to continue without him. Unfortunately, the communication between Taiwan and China was forbidden at the time. My grandfather and his family in China could not phone nor write letters. In fact, they had no way of knowing whether or not my grandfather was alive.

Forty years later, his children had grown into adults; his parents had passed away. When he returned to China, he planned not to stay but to visit. Having to spend decades in Taiwan, it had become home for him.

I am sure that what they wanted to say to each other could not be communicated through words, because there was too much to be said. I could see the family’s relief of him being safe and sound and his regret of missing the chance to care for his parents, watch his children grow up, and grow old with his wife.

I discovered the significance of passing on the story to the younger generations, as it was the show’s intention. Not only would it not be forgotten, but personally, I found a way to connect with my grandfather and to stay true to my own heritage.

Most importantly, I became more conscious that nothing is guaranteed, and I should be grateful for everything I have. Everything is a gift. I do not have any control over when everything could be taken away from me within seconds, including the ability to walk and breathe. I feel blessed to experience life because my ancestors persevered.

Words give us feelings, imagination, and the entire universe.