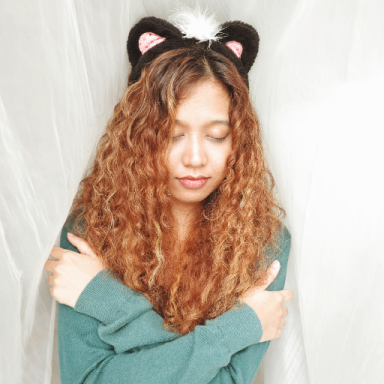 Are you sick of hearing these comments?

Metaphorically, they get to use escalators while you’re taking flight of stairs to your life journey. When you’ve finally reach your final step, it’s supposed to be an accomplishment, right? Nope. To some people, it’s, “You’re still slow” and “You waste your time.” What they don’t see are the number of times you fumbled, fell, and bled to get where you’re now. While going up, they also didn’t witness those who didn’t even make it. What makes those people so sure that the escalators they’re on now won’t stop temporarily? Winners can become losers overnight, you know?

Everyone appears to be doing well, but not you. That’s okay. There’s no shame in that, because your route isn’t supposed to be perfect trajectory. There’s always THAT group of pessimists that will pit you against someone else’s timeline. However, everyone in this world has their own tempo they dance to, so why adjust yours to fit theirs? There are billions of humans worldwide — why feel the need to rush to be like everyone else? Can you imagine if everyone hurried to follow these socially acceptable paths? What kind of world would that be? Life is not a marathon. Oh wait … you’ve heard it a million times? Good. You need to keep in mind that it really isn’t.

Some people will move faster one minute and slower the next, or vice-versa. Some people might even stop midway before resuming all over again, maybe from scratch. Everyone’s definition of success is different; it’s subjective. Being more financially stable than your friend might be your ultimate victory, but your friend may think otherwise. They might see their happiness as their success. Then what? Are you going to tell them that’s stupid?

Visualize this: what if you expected Alan Rickman to be practical and not drop everything to pursue acting? After all, he had his own graphic design studio. Well, Die Hard happened to be his breakout role when he was in his 40s. If he followed a socially acceptable path, would we have him as Snape? Anthony Bourdain was 44 before he became successful, thanks to his Kitchen Confidential book. In earlier times, he was troubled with debt, without even a savings account in sight! Do you think these determined individuals would have gotten to where they were if all they thought about was being done with their career paths? You get the drift! Since when do you have to stick to one career all your life or find yourself before 30? Who make these rules?

What people often do is compare. If you want to do that, compare yourself with the former you. Are you making progress? If you’re not, what are some steps you can take to get to the place you’d like to be? Even small steps help. If you are making progress, then why are you competing? The more you compare yourself to others, even the slightest detail can make you feel as though you’re behind. Make it on your own time, just as long you’re not waiting for time. Truth be told, what if you’re busy comparing your beginning to someone else’s end?

The intolerable feeling of being left behind might put massive pressure on you. At that moment, you’ll feel the need to hop into anything that your peers are doing. If you jump on board, how sure are you that that’s your journey? In the end, you’ll know you’re not being honest with yourself. Our minds are a powerful force — use it to change your reality, not destroy it.

You know, late bloomers, your peers will never fathom how grueling it is to wait for that one shot your whole life, to start from the bottom. Once you finally get on ‘their level,’ you appreciate the moment – every second of it. But sometimes you learn from early bloomers’ mistakes. From the experience alone, you become more sympathetic for anyone who were once like you – where you once were. You recognize that it would be a sad state of life if you didn’t even try because you feel you’re too ‘old.’ What all late bloomers figure out is that there’s no such thing as ‘too late’; the only time it’s too late is when you’re dead.

Trust your journey. One day you’ll understand the process.