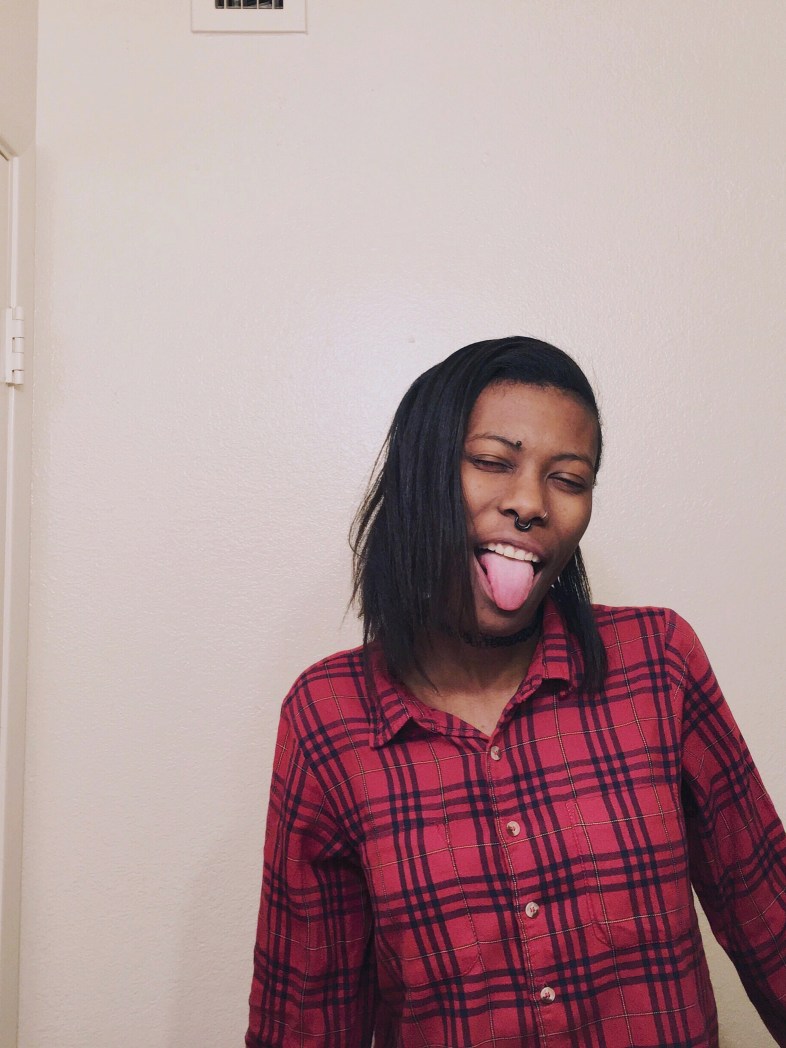 My blackness has been a constant realization in this last year. From realizing my blackness to coming to terms with it to being content with it to then again being lost.

Blackness is defined by who you are as a Black woman in this world. It is no one’s obligation to comment on that. Being aware of my blackness has resulted in me seeing exactly how racist this damn world is. Seeing that those compliments I once thought were nice when I was in middle school – are fucking racist. How I thought someone saying “I never fucked a Black girl” was a compliment… And realizing now why it is not. Why that is fetishizing my culture and who I am. Why that is borderline rude to say to someone.

That begins with realizing not everyone is going to like you, and not everyone is going to like you especially because you are black. There is a movement going out here: Black Lives Matter. It is important to really know what Being Black means to Y O U. What it means to identify yourself as Black. Realizing that people word sentences offensively without actually meaning to do so is important. Not everyone is intending to be racist. Some are, yes. But, not everyone – they don’t know. They are also just as unaware as you were at one point. Some people were not brought up being aware of what is going out in the world. Some people don’t even know what is going on in the world right now.

Being Black does not just mean being for the Black Lives Matter movement, it means knowing W H Y you stand for Black Lives Matter. Not just because you are Black, but because you are aware that people are dying because they are Black.
Realizing that fetishizing you is not a way to impress you. Realizing that it’s 2016 and people are still going to be racist towards you. And, honestly, not every Caucasian person is going to understand where you are coming from. You cannot have a conversation with them as if you are talking to a fellow African American. Sometimes they don’t understand. And, that is fine. I don’t understand the opposing side when it comes to certain things either. We are different but in a good way.

Don’t get that mistaken there are some people who want us to stay different and those are the people you don’t fuck with. We are similar, yet different. It was important for me as a Black female to understand that.

When I was younger I used to listen to rock, pop, punk music. Not because it was good, but because people would say “wow, she’s not as black as the other black kids – we can hang with her.” I used to think being too black was an issue for people, listening to ‘Fuck The Police’ by N.W.A., in my car was too black. I should listen to some punk song from the 00’s like ‘Stacy’s Mom’ by Fountains of Wayne. I used to not listen to rap or hip-hop in my car because “what if white people saw me and thought I was a nigga?”

Being in my twenties, I realize being black is exactly what I am.

Being Black means understanding. Where you came from. Where others come from. And, where you are headed. What being “Educated & Black” means to you. What the disadvantages will mean towards your future and how you will kick ass and say fuck this I’m still going to do what I want. How you want to represent your culture! And how to stick up for it when needed. Being Black means to me, personally, being who I was born to be. Learning about what happened in the past and being aware of where that will take me. I wouldn’t choose to be any other culture, Being Black is who I am. I am Black, and you better believe I damn sure am proud.

20 Something Gender Growing Up race Society

Who Gets To Be “Black” In America? A Black African And A Black American Discuss

Why I Must Choose Between My Blackness And My Womanhood?

What I Think It Means To Be Black