Shanon Cook is the Spotify trends expert for TV, radio and online and is a music journalist who has interviewed many ...

There’s no shortage of people who will tell you having a baby means the end of everything: no more outrageous nights out; the slow, sad death of your libido; the awakening of an obsession with sweatpants and ponytails.

I recently saw video of an interview I’d done a couple of years ago for CNN, when I was ginormously pregnant.

Shanon Cook is the Spotify trends expert for TV, radio and online and is a music journalist who has interviewed many of the world’s top performers, including Sting, Annie Lennox, Kanye West, Jennifer Lopez, Alicia Keys, Peter Gabriel, R.E.M., Britney Spears, Mariah Carey, Pharrell Williams, Harry Connick Jr. and Yo-Yo Ma. For more than ten years her reports have broadcast worldwide in more than 200 countries on CNN International and in the U.S. on CNN and HLN. She has also appeared on CBS’ Entertainment Tonight program, BBC America, ABC and Fusion.

Shanon’s articles about parenting for CNN.com have so far received more than 3 million views and have generated much chatter, sometimes heated, as she delves into taboo topics like lusting after pregnant women, the effects of Botox on a mother’s ability to parent and New York moms who party to extremes (she may or may not be one of those).

Australian by birth and accent (sort of), Shanon earned her Bachelor of Arts (Journalism) degree at the Queensland University of Technology in Brisbane, Australia. She lives in New York City with her husband and two daughters. 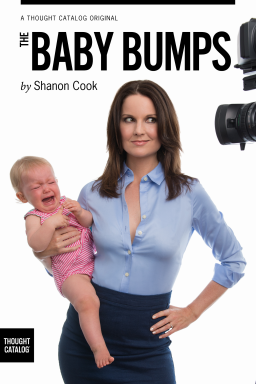