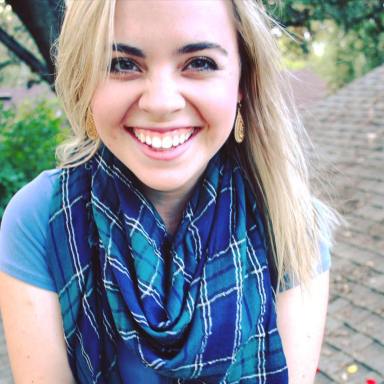 We like to watch lesbian porn—or you do, since I already admitted to disliking it—because it’s taboo, and dirty, and that makes it more fun. And that’s fine.

Girl-on-girl sex is an entirely different world than guy-on-girl sex.

I’m not trying to say that all guy-on-girl sex is boring, just that in many ways it’s a lot more predictable. There are expectations in place that certain things will happen a certain way. There are no expectations for girl-on-girl sex, except to do what feels good, because the act itself is already outside the norm. There will most likely be oral because that’s the best thing ever, but that’s about as far as that goes. I know people tend to think of scissoring as like the number one activity that goes down, but that really isn’t true. Sometimes, maybe, but it’s more so just a lot of touching in only the right places. It’s foreplay for days and days, and that’s basically heaven.

Another perk of girl-on-girl sex that a lot of people don’t think about: penetration.

Many women still enjoy the sensation even when it’s not with an actual penis. The best part about engaging in that sort of play with a woman is that you have a choice. Want a fuller sensation? Go buy a bigger toy. Buy one that vibrates. Hell, buy one that works for both of you at the same time. You’re never stuck with what’s in front of you: the possibilities are literally endless.

If something doesn’t work, you can toss it and try something else. It’s like a Build-A-Bear but with sex toys. Choose what you like and what you want.

I don't even go to this school. I just have a lot of feelings.