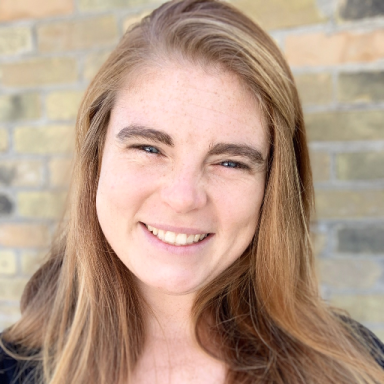 I was in my first year of University. I had been living in residence for about three weeks when life took an unexpected turn. I thought my first-year experience was going to be about friends, parties, and good times. Little did I know it would become a time of ghosts, psychics, and hauntings.

One night, a new friend asked if I wanted to Skype with a psychic. She explained that there had been weird things happening in her room. Numbers on the clock were changing, her make up would be spread all over the floor, and she had a sense that something was around her. A friend of her Mom’s was an intuitive named Andrea, and she was willing to meet with us to clear out our residence’s energy.

When my friend invited me to join, my first thought was that this was all a joke. I’m always open to new opportunities, so I said yes, but I agreed while still feeling skeptical. I had never heard of a real psychic before, let alone talked to one. In my mind, psychics were in movies and fiction books; they weren’t real, were they?

We settled into my friend’s dorm room and met Andrea on Skype. She said that a spirit named Ben had taken a liking to our group of friends. He had lived in this dorm room and committed suicide. His main message to us was that even if things seem wrong, or if they get dark, don’t give up.

I thought University was going to be the best time of my life, but things quickly took a turn towards darkness. Andrea conveyed the messages from Ben.

Ben commented on our actions. He had been there when we took a trip to the store; he thought this joke I told was funny, and he had all sorts of insights into what we had been doing.

She also had messages specifically for myself and the third friend who was there. She talked about my grandfather and a friend of mine, Shawn, who had died suddenly, told me he was now “doing backflips in heaven.” This was a big deal to me, because before Shawn died, we would go swimming all summer long, and he would always be the one to do gainers off the cliffs.

At this point, I knew she could not have been making it up. I could feel in my bones that Andrea was the real deal, and even though it made zero sense to my logical mind, deep down, I was blown away.

Next, she told us that Ben wanted to watch us get changed, but she asked him to respect our privacy. She said that he would hide my eyebrow tweezers and mess around with my friend’s earrings. She said he was the one who opened my door all the time.

This news was so creepy because my door had repeatedly swung open since the day I arrived. I thought it was just a draft from the hallway. After this, I began to pull it closed firmly, but that didn’t stop him, and my door continued to open.

Andrea talked about other ghosts on our floor, including a poltergeist (trickster ghost) who lived in the study lounge beside my room. This ghost didn’t like my roommate and was planning some mischief to scare her.

Then we heard about an old janitor whose spirit walked along our halls smelling of cigarettes. We often smelled smokes but had assumed it was coming from a student. Apparently not.

Throughout the whole session, Andrea kept looking at me and telling me that everything would be okay. She explained that no matter how strange things would get, I was safe and the spirit of my friend Shawn was there with me. He wanted me to reach out to him for support, and anytime I needed him, he would be there.

I had no idea what to say at the end of it all. I asked how the heck I was supposed to keep living this way. It felt as though my whole life had changed, and now I was playing a game with an entirely different set of rules. Andrea assured me that as humans, we have more power than the spirits. If we tell them to go away, they have to. She recommended using the phrase “If you are not from God, go away” to banish them. I didn’t relate to the word God, so I swapped it for love. Andrea sent me a Facebook request because she felt a connection to me. I thought that was nice but didn’t realize I would be speaking to her again soon.

“If you are not from Love, go away” became my anthem.

I was thinking it all the time, and I told myself to get through the year. The next year I would move out of the residence and get a place of my own. I knew dropping out was not an option because of my family’s expectations, so I did my best to be brave while knowing ghosts surrounded me.

They made sure to know they were around, too. Ben did hide my tweezers, and I found them at the bottom of my closet. My door started swinging open with even more force, and my friend’s dangling earrings would fall out everywhere she walked.

One day, my roommate and I walked back to our rooms when we heard a creepy choir voice sighing in the study lounge. We ran to our room as fast as possible and went to bed, too scared to even talk about it. One night, we woke to a knocking traveling along the wall we shared with the study lounge.

I was tired and getting sick of this. I thought about the poltergeist and said powerfully, “If you are not from Love, go away,” and just like that, the knocking stopped. Another day, I was sitting on my computer studying when I heard something behind me. I started talking out loud to my friend Shawn’s spirit and asking anything not from Love to go away.

I was finding a way to cope, but not everyone else was. My friend, whose room was Ben’s, ended up dropping out, and another friend slumped into mental health issues. I had told others about the story, and word traveled that there were ghosts on our floor. People usually laughed and thought it was cool, without ever understanding what I was living through.

I was now someone who talked to their dead friend and banished ghosts from her room. I did not even recognize myself, and I focused on just getting through the year. I went home for Christmas, and being with familiar friends and family helped to calm my worries. I came back in the new year and didn’t talk about ghosts and started making new friends, and it felt like things were getting back to normal.

The next morning, when she filled me in on the previous night’s events, I was angry. I had just started feeling normal, and now she was treating this like some party trick? I assured her that Ben was safe and nothing bad could happen, but she disagreed.

She started having all sorts of scary experiences and was not well because of them. She reached out for support, but nothing was helping her. One day, she remembered that Andrea was my Facebook friend. She asked if she could reach out to her. I logged into my account and let her write the message.

Andrea responded with another message I did not expect.

The ghost was not Ben, but instead a spirit with a different name. They were not who they said they were, and it was important not to interact from a place of fear. She explained if we were afraid, they would feed off of that and wreak havoc. She told us to tell these spirits to go to the light, because often, Earth-bound spirits haven’t crossed over and need someone to say to them it’s better on the other side.

Here we go again, I thought. But being new to this whole metaphysical realm, my logical mind wanted confirmation. We googled the name that Andrea shared, along with the name of our University. Sure enough, a woman with that last name had died there.

Thankfully, Andrea’s suggestions helped to calm down the spirits. And I did end up making it through the year.

Looking back, I don’t regret anything, because I learned things that I still use today. Mainly that our loved ones stick with us and that we can talk to them. Plus whenever I get a creepy feeling, I always say, “If you are not from Love, go away.”

Now you can too.

Keep up with Shannon on Twitter, Amazon and shannonhugman.substack.com