When Little Red Riding Hood
Defeats the wolf –
When the lamb becomes the lion –
And the prey becomes the huntress –
Everyone acts surprised.

They should’ve learned
A long time ago
Exactly who she was.
You saw the scars.
You saw the battle wounds.
You knew she survived them.

So tell me,
What kind of woman survives this kind of war?
Only a woman who is the war.

Who brings the war with her,
Her bare naked feet filled with soot,
Scorched earth between her toes.
They tried to pour ice into her lungs –
Tried to keep the truth buried, frozen –
Tried to keep her quiet, but they forgot –

She still breathes fire because she was made from it.

You should’ve known that
This is not a woman
Who fears the wolf.
The wolf fears her. 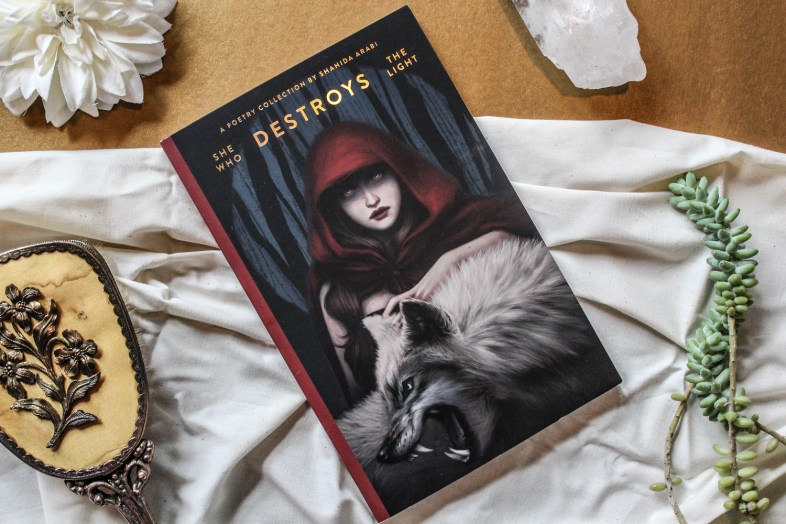 Like this poem? Check out more poems like this in She Who Destroys the Light: Fairy Tales Gone Wrong.

The Girl Who Shined So Bright