Bad boys wreak havoc on our lives, our bodies and our brains. The reasons we love bad boys, toxic people and emotionally unavailable partners are not just emotional and psychological – they are downright biochemical.

The truth of the matter is, our brains can be rewired to fixate on people who aren’t good for us. Emotionally unavailable men, toxic partners such as narcissists or sociopaths and pickup artists alike all depend on these effects to get us hooked. We can become addicted to the highs and lows of dangerous romantic relationships in a way that makes a break-up from a toxic person similar to rehab from a destructive drug addiction.

Have you wondered why you were unable to let go of that one person who defined your relationship ambiguously, treated you inconsistently and unfairly, brought up your worst insecurities while simultaneously subjecting you to sweet talking and fantasy-prone fast-forwarding? Unfortunately for those of us who have a tendency towards dating bad boys (or girls), our addiction to toxic partners is actually strengthened by their mistreatment of us.

When we first meet a toxic partner or an emotionally unavailable person, our bond with him or her becomes cemented through their excessive attention combined with their emotional withdrawal and withholding throughout the relationship. The knowledge of what a toxic partner does to our brain makes it more likely for us to cut back on our investment on those who we perceive may not be a good fit earlier on, detach from any attachments we may already have to toxic people and realize that the powerful bond that’s been created has arisen from our biochemical bonds, not our true standards.

Remember that rejection and affection often go hand in hand in such a turbulent relationship where a partner is fluent in giving you mixed messages. Rejection can hurt, literally, and it’s no surprise that your brain circuitry during a break-up mirrors your brain circuitry when you are in physical pain. A break-up with a toxic person who has mistreated you throughout the relationship compounds this effect and makes it that much more difficult to recover from.

These are a few main chemicals and hormones involved which make for a powerful cocktail of attachment that have little to do with the merits of the person you’re dating and everything to do with their shady behavior:

Positive experiences like unforgettable dates, over-the-top attention, flattery, amazing sex, gifts, and grand romantic gestures can all release dopamine in the brain. Dopamine is a neurotransmitter that controls the pleasure center of our brains which creates reward circuits, which then generates automatic associations in our brain that link our romantic partners with pleasure and even our survival.

The catch? Dopamine flows more readily in the brain when there is a “intermittent reinforcement” schedule of rewards rather than a consistent schedule. The inability of a toxic partner to give us what we need leaves us pining for the good times and continuing to invest in the relationship, much like a gambler at a slot machine who hopes for a perceived gain despite the inevitable losses of such a risky investment.

Dr. Helen Fisher discovered that this “frustration-attraction” experience of obstacles in a romantic relationship actually heightens our feelings of love, rather than hindering them. She discusses how the brains of those in adversity-ridden relationships become activated in an eerily similar way to the brains of cocaine addicts.

Emotionally unavailable men or otherwise toxic partners are masters of intermittent reinforcement; they do things on their own schedule – literally. They may disappear for days, they may have a plethora of side chicks, they may constantly woo you and also withhold from you that coveted relationship status. They’re always on the precipice of commitment or changing for the better before they press the reset button once again. They are always uncertain (or too certain when they’re sweet-talking you into bed) about the future, and they leave you guessing about their true intentions on a daily basis. 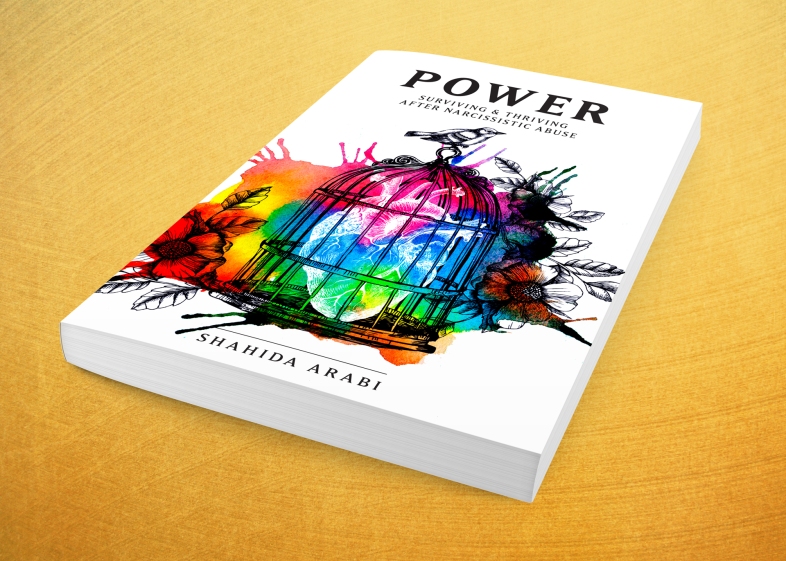 When we don’t know the next time we’ll see someone or are unable to predict their next move, that person becomes much more alluring to our brain. So that nice guy who performs these kind acts consistently rather than periodically feels less rewarding to the brain than the bad boy who takes turns treating you to wonderful dates and then also mistreating you with his disappearances, false promises, ambiguous statements, hot-and-cold behavior and sudden withdrawals of affection.

In other words? Our brains can become masochists, seeking the very people that hurt them. They become so accustomed to good behavior from nice guys that they stop releasing as much dopamine. That’s why even in a healthy relationship, we can become so “used to” the safety and security of a gentle partner that we find him or her less exciting over time.

On the other hand, taking a reprieve from a toxic partner, which will surely happen at some point because he’s not one to stick around for too long before he’s onto the next best thing, gives the reward circuits of our brains a good “reset” so that the next time they’re into us and hoovering us back in, the dopamine effect feels that much sweeter. A charming player who comes along to sweep us off our feet, only to later replace us with another member of his harem – ultimately and sadly steals the show. The unpredictability of when we’ll get our next “fix” of this elusive person creates stronger reward circuits, which leaves us wanting more and more. Unfortunately, the higher the emotional unavailability of a partner, the more exciting he appears to us – at least, to the reward center of our brains.

In order to be mindful of the dopamine effect, we have to understand that the reason we’re so obsessed with a toxic partner isn’t because he’s better than the nice guy with whom the romance may build more gradually and organically; it’s usually because he’s much worse. Resisting the dopamine effect means resisting creating new pleasurable memories with the person who provides us pleasure primarily through pain.

Let’s not forget about how we bond with these partners through the power of touch. Physical intimacy enables women in dysfunctional relationships to indiscriminately release oxytocin, aptly named the “love” or “cuddle” hormone. This is the same hormone that bonds mother and child at birth, and it also bonds you with the men that are undeserving of you.

Oxytocin promotes not only attachment but also trust. Research shows that when oxytocin is involved, betrayal does not necessarily have an effect on how much a person continues to invest in the person who betrayed him or her. So the deception of a toxic partner doesn’t necessarily derail us from trusting him blindly, especially if we’re physically enmeshed with him. The oxytocin effect may also be stronger for women than for men; according to Susan Kuchinskas, author of the book, The Chemistry of Connection: How the Oxytocin Response Can Help You Find Trust, Intimacy and Love, estrogen tends to promote the effects of oxytocin bonding whereas testosterone dampens it.

Emotionally unavailable men, toxic partners and “bad boys” are often more exciting in bed. Whether this is because the intermittent reinforcement of their hot-and-cold behavior tricks our brains into thinking so or whether bad boys tend to have more sexual prowess remains to be seen, but the fact of the matter is, once we’ve bonded with them sexually, we’ve also bonded with them psychologically and emotionally.

Toxic partners evoke spikes in our levels of cortisol, adrenaline and norepinephrine, all of which regulate our reactions to stressful situations and work with our “fight or flight” response. Except what often happens in a toxic relationship is that we “freeze” in the relationship with a sense of learned helplessness rather than fight or flee (though we may also certainly fight too).

The release of stress hormones is sure to sharpen your focus on that particular partner, as we have a tendency to become hyper-aware of anything that has caused our stress hormone system to go into overdrive as an evolutionary response to threat. This is likely to cause you to seek out the source of both your comfort and discomfort: the toxic partner that simultaneously becomes both your safe haven as well as your shitty excuse for a relationship.

According to Christopher Bergland, oxytocin, adrenaline and cortisol work together to consolidate and reconsolidate fear-based memories. So your fears and anxiety about abandonment by this partner, combined with your physical intimacy with that partner make memories related to this partner more vivid and more difficult to extricate yourself from.

The unpredictability, fear and anxiety associated with a partner who either causes you to walk on eggshells and habitually leaves your head spinning releases adrenaline which has an antidepressant effect. We can become addicted to this effect. Fear also releases dopamine, which again feeds those pesky reward circuits in our brain, leaving us longing for that adrenaline rush. Fear and pleasure inevitably become intertwined despite our best efforts to expose and dismantle the seeming irrationality of our behavior.

This is why a couple who rides a roller coaster together or experiences a life-threatening event tend to bond even more closely. It is also why you tend to inadvertently bond more deeply with someone who has hurt you or has even subjected you to abuse – we call this “trauma bonding”.

When we fall in love, we become obsessive like people with OCD…literally. Research has revealed that serotonin levels in our brains drop in a similar fashion when we are in love as they do in the brains of people with Obsessive Compulsive Disorder. Since serotonin regulates and stabilizes mood, curbing obsessive thinking, you can imagine how low levels of it when we’re romantically involved with someone can cause our decision-making abilities and judgment to go haywire.

Low levels of serotonin also encourage sexual behavior, so serotonin only makes it more likely that we’ll also be swept away by bonds created by oxytocin and dopamine as well. Since dopamine is also released when we recollect pleasurable memories, constantly daydreaming and reminiscing over the first romantic moments of a charming partner often has the effect of amplifying this circuit in the brain.

That’s why you’re usually hanging onto every text, waiting anxiously for the next phone call or fantasizing about the next date even if it’s with someone you know logically may not be a good fit. Toxic partners and bad boys tend to dominate our brains 24/7 with their unpredictable behavior as well as their love-bombing, so it’s no wonder that we develop an otherwise irrational compulsion to go back to the very people who hurt us.

While our brain is definitely not out for our best interest when it comes to bad boys, that doesn’t mean our brains can’t be rewired for positive change. Neuroplasticity makes it possible for our brains to make new neural connections in productive ways such as exercise, healthy social bonds, music, new hobbies, interests and passions. The key to healing from bad boy addiction lies in substituting this unhealthy drug with healthier rewards and obsessions – those that truly nurture and nourish us, rather than those that starve us and leave us reeling for our next fix of crumbs.

Falling in love with a dangerous partner is very much like becoming a serious addict. In order to survive the withdrawal effects, we have to go cold turkey, or at the very least, begin to wean ourselves off from the high dosage of toxicity.

This Is The Ugly Truth About Toxic Relationships

When It Comes To Love, Never Settle For Second Place