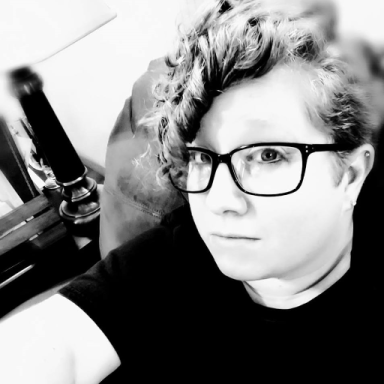 When someone thinks of something “settling,” one of the first things that comes to mind is a house. I remember growing up, every time I would hear startling creaks in the house, my parents would say, “It’s okay. It’s just the house settling.” It wasn’t until I was older and began watching HGTV (and after becoming a real estate agent for six months) that I learned exactly what it meant for a house to settle. Settling is sinking. The house itself is slowing sinking into the ground. The soil around the foundation has changed and can no longer safely accommodate the structure of the house.

Settling eventually causes foundation problems. The safety and reliability of the once strong and certain foundations begin to falter and slowly sink into the earth. There are ways to prevent this from happening, such as proper drainage systems and clear gutters. However, once the house is settled, it has just accepted where it is. It then refuses to rest on solid ground. It is comfortable. That is where it has been existing for years, and the ground just accepted it. But the truth is; settling is sinking, no matter how you look at it.

Now, let’s use this example as a reference for our lives as humans. It is very easy to settle, especially if the foundation around us is weakening. It just seems easier to stay where we are. We are tired. We are just comfortable. Regardless of how badly we want something better or the knowledge that there is a more solid ground elsewhere, we cannot convince ourselves to move. Why? We have been in this place for a long time and we seem to be doing okay. Right?

We settle into jobs, relationships, friendships and thoughts. We settle into our ways and our past. We get so comfortable with what is happening around us because that is what we have always done. That is how our life has been for one, five, ten years. We compromise happiness for comfortability. We compromise for that sure thing and for the normal. Here is a secret: nothing life-changing happens inside comfort.

To experience those life-changing moments, those new adventures, the pathways to happiness and to a new normal, we have to get outside of the comfort zone boxes we have put ourselves in. We have to climb, sometimes fight, our way out of the soggy soil and back onto solid ground. That is where your foundation is strengthened. That is where your willpower and courage is put to the test. How badly do you want those things that get you excited? How much do you want to change your life for the better? How hard do you want to work for those goals that can only come to fruition outside the settlement? Why do you think those people who settled here on this land build their settlements? Because it was familiar. They were called settlements because they chose to settle there, within the walls and land of a certain area. And what happened when someone chose to venture outside the confines of the settlement walls? People thought they were crazy! They said it was dangerous and uncertain. They were exactly right. Beyond the walls they built to keep life out was exactly where life happened. Every discovery and every new connection was made out there. Outside the box of reassurance, they found themselves. They had to take the chance and want something more than they wanted the comfort.

Settling is a pattern. It is a series of choices that lead you right back to the same place you are now. To break patterns, what do you have to do? You have to steer away from the normal motions or behaviors. By doing so, you create an entirely new pattern that can be anything you want it to be. And if later on you don’t like that pattern? Well, you do the same thing. There are no rules. There are no set patterns. You can create a new pattern at any moment. Stop settling. Stop sinking into a life that you are not fully living. Rebuild your life. Reestablish your soil. Strengthen your foundation. Rise.