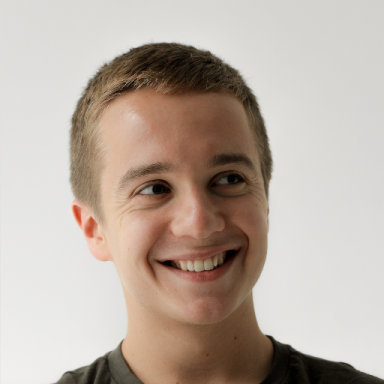 Growing up, I looked at my father. We rarely had those father-son talks you see in the movies, when advice and wisdom accumulated by one generation are passed onto the next, so I compensated by watching him.

One of the earliest things little me noticed about my dad was how disciplined he was. My first memory of my father is from around 2005—I was 7 or 8. I would come home to our little Moscow apartment from school and see him in the kitchen studying. The table where we ate was filled with English textbooks. He wouldn’t respond to anyone and could be absorbed in studying for hours, missing supper.

Years later, I learned that during my first two years of schooling, my father was preparing for his GMATs and applying for an MBA at Stanford University, which later allowed our whole family to move to Silicon Valley for two full years. Discipline gave him that.

Later I witnessed the same fierce discipline when my father built his businesses. He would come back home after 11 p.m., have dinner—often with 200 ml of vodka—go to sleep, and then wake up three hours later to catch a Skype call with his New York investors.

It only made sense that when I came of age and started achieving things, I’d use the same steel hand of discipline. And I did.

During my last two years of high school, I woke up at 4 a.m.—my bed was on the first floor of our two-story apartment, so I didn’t wake anybody else—made myself green tea, and prepared for my SATs before my Russian school started. Once the school was finished (at around 3 p.m.), I headed off to the office of my father’s company, where I worked part-time as a product manager. I was 17.

At about the same time, I started listening to Tim Ferriss’s podcasts. I remember vividly one particular episode with someone named Jocko Willink. Jocko is a tough ex-Navy Seal who works with CEOs of the world teaching discipline. “Discipline equals freedom,” Jocko said on that podcast. I wrote that quote down in my Moleskine to remind myself of the need to be tough and go through pain when things get hard.

Years passed, and I’ve been doing all sorts of projects. Most of them I approached with the same “steel hand” of discipline. I would look down on people who weren’t disciplined enough and treat my ability to force myself to sit down and perform a task as a superpower.

A few months back, speaking about the famous marshmallow experiment, my father told me, “You are very talented. Your talent is your ability to discipline yourself to postpone gratification. You win the marshmallow test every time.”

But sometimes I wonder whether it’s true. Whether the ability to discipline and force yourself is a superpower or more of a curse.

You see, the disciplined mind is great when you need to get something done—when you’re preparing for your SATs, GMATs, building a company, or even writing. But that same discipline turns against you when you want to slow down. Relax. Unwind. It doesn’t want to rest.

People refer to discipline when they don’t have the energy—or the natural will—to perform the task. Discipline is a rough force that tells you, “Do what you’re supposed to!” and knows no pity.

But if doing something you love gives you energy, discipline burns it.

In December 2017, this discipline—the one I valued so much—led me to a series of panic attacks and a year of psychotherapy. At times, I would get so anxious, I felt I was losing my mind.

As I slowly learned—with great help from professionals and heaps of literature—to slow down my mind and to ease my grip on myself, I started to feel better. And I discovered, to astonishment, that life is more than just about discipline— more than just achievement and getting things done.

Life is not a mission you undertake, nor is it a destination you’re obliged to arrive at. Life is an experience. It’s a road. And your goal is to make that road as joyful as possible.

And because it doesn’t matter who you’ll be or whether you’ll be anything at all, it makes sense to switch discipline to something else instead.

Feeling your way through life. Doing what you want to be doing every second of the day. Consulting your feelings, not your mind, on the best course of action.

I know most people will read this and think, “Yeah yeah, but what if I have to do certain things? What if I have obligations?” To which I say, you have two choices: stop doing it, or make the obligations somewhat enjoyable so you don’t have to force yourself into doing them.

I am against hedonism. I don’t believe in a life of perpetual consumption. But neither do I believe in a life where you force yourself to achieve things for the sake of achievement. I don’t subscribe to the notion that you have to do anything. You don’t. As my grandfather used to say, “To those I owe, I forgive all.” God bless him.

The only thing you owe to yourself is to live your 30,000 days that you were granted with the most joy possible.

Writing is supposed to be about discipline. I get it. I love writing, but I don’t allow it to consume me. Whenever I feel that I have to discipline myself in writing, it means that I have to take a step back. Maybe I need to remind myself of why I started writing in the first place. Or take a break. Or maybe change what I write or HOW I write. Whatever it is, I don’t allow myself to feel bad about my work, because then there is no point in doing it.

You might say, “Well, work is not all about enjoyment,” and you’d be right. It’s not. But “work” is just another name for doing something with your life that pays your bills. It can be anything, and it doesn’t have to be boring or difficult. After all, that’s what you spend 70% of your life doing.

I am not a kid anymore. I am a young adult trying to find his way through life and analyzing it as I go. Unlike the time when I was a kid, I have the luxury of choosing what I want to be doing and how I want to be doing it. I spent most of my early years disciplining myself and figured that it doesn’t work. Not for me.

So I choose to feel my way through life. I choose trusting my instincts, not my calendar, to-do lists, or iPhone reminders. If I feel like waking up at 10 a.m., then that’s what I should do. If I feel like running 3K instead of going for six, then so be it.