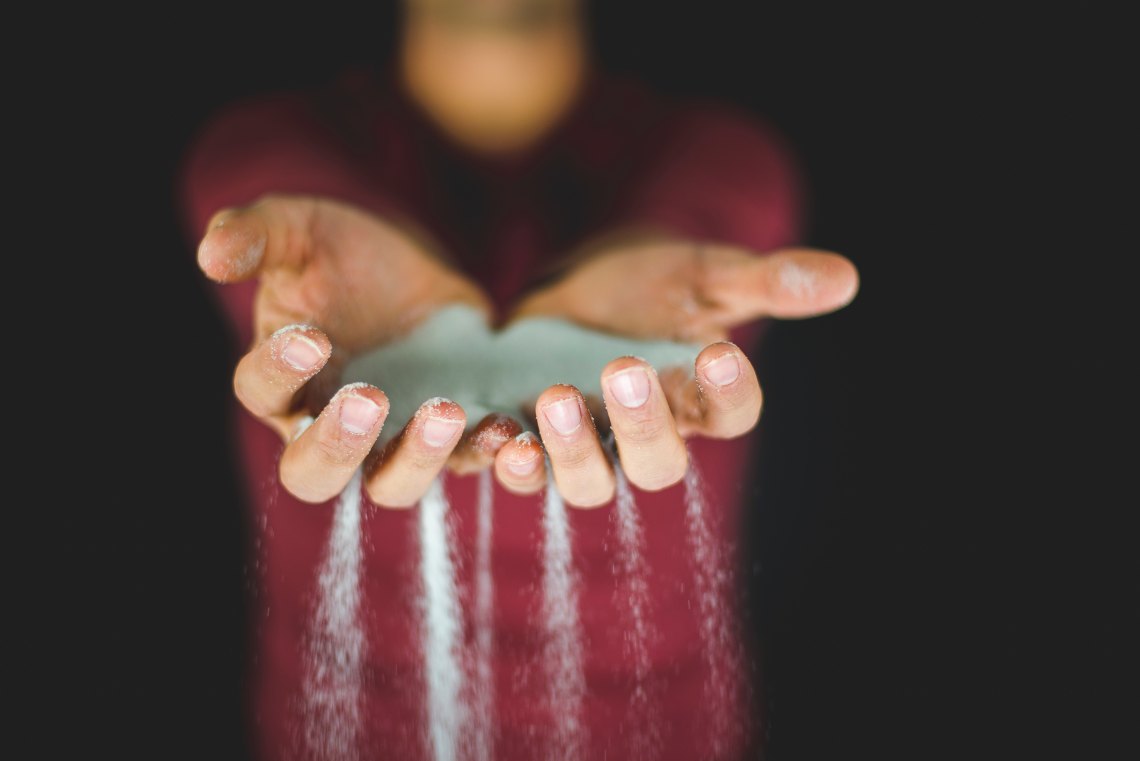 Waking up to an empty bed is an everyday routine. But not seeing the soul I fell in love with is unusual to me. The brush of his hair against my back is no longer felt and when his arm was wrapped around my abdomen, it left a lasting mark. A thousand wishes in his kisses, all of them are non-existent now. I’ve tried to erase whatever “us” looks like in the back of my mind on all of my down days.

They say that Ben & Jerry can cure any ailment involving boys, breakups and battle scars but that isn’t the resolution in this situation. I thought it’d take no more than a day to give you back to the Earth. Apparently, the grieving process comes with extra bonus features that one wouldn’t expect. If only those bonus points converted into brownies that wouldn’t increase my weight. Unfortunately, Nicole Richie is right when she says “Everything good in life is either immoral, illegal or fattening.”

When I’m out in public, walking alone is the hardest battle of my day, especially when you used to guide the way. There are no more steps to follow in the snow or any shadows falling into one another during mid October’s glow. The seasons seem to alter how I’ve felt going through these phases of “I hate you, I love you.” Seeing you in strangers on the street only makes matters worse, it is unexpected and uncanny. The resemblances bring me to my knees in the middle of roads I’ve passed during car rides.

I used to fantasize about the day I’d marry you, how cliche is that? It’s easy to imagine that day because who you want is standing in front of you. When his hands glisten softly down your cheek and he admires your meek personality.. To him, every freckle on your face is special in its own way. Your hair hasn’t been brushed after making love and he’s still focused on your forest colored eyes. Not one flaw is recognized or brought up in the unison of one another’s stare.

If I’d written the book on how to move on, my shoes wouldn’t be laying on a bedroom floor. They’d no longer be unkempt and I’d be out the door, figuring out where it all went wrong. But how can the idea of bringing myself around the world without you be real? We’d traveled the seven seas in one night and crossed the border in a day. Seeing that one time we started laughing at nothing in couples who share the intimacy everyday. I feel you when I know that something isn’t right in your life.

Being here by myself has only made me want you desperately and without warning, I could love you all over again. Despite the fact that I no longer trust you, my beaten heart will always be in your hands. Just like my first love and you won’t be the last, my love for the image of us only grows hungrier. How can somebody tell another person that they want to be let go if it isn’t true? How do I thoroughly express the way my heart stops when you gaze at me? #NothingWorks when it comes to forgetting you and that’s something I’ll never do.

I’m sitting across the street from my city courthouse in a local cafe with my legs crossed and coffee in hand. The wave of people that enter reminds me of what falling into you all at once felt like. A tune I’ve heard before starts dancing around my eardrums and the first lyric is sung. I remember now, it’s one of “your” songs. You used to play it in the car when you brought me home and looking back now, I question why we did sit in the silence of only radio music. We didn’t know one another from our head to our toes. It didn’t matter, that’s how the story usually goes.

Instead of accepting the compliments that other males gives me, I’m fixated on those sweet “You’re cute” texts. It didn’t take much from you to instantly knock me off of this high horse. A simple glance in my direction is all it really takes for me to become infatuated all over again. If love was ranked on a list of easy to hard, it would be voted number one hardest thing to endure. Especially if it is unrequited because one person gives and the other is either taking intentionally or has no idea what they’re doing. If speaking up was a casual task, wouldn’t communication be the least of our worries?

It shouldn’t bother me when I see your name on billboard signs and when my best friend asks how you are, I shouldn’t feel obligated to tell her right? I’m under the impression that I had a delusional episode because it feels like you’re not even real. If there’s a way to splash whiteout on every moment we’d spent together, hand me a bottle or two. It’s not like you have this hold on me, I should just go on as if you were never here right? There’s no DNA that I can spot from a mile away so why do I remember every bit of your being?

It’s partially my fault for making you so distant, declining your small efforts in conversation and togetherness, can you blame me? You had me wrapped around your finger, decorated in lace and now I’m left in shredded ribbon. In some way or another, two kids falling in love is as reckless as it sounds. Did you have me on a pedestal or were those your arms holding me up? There was no way to tell what was truly happening when you were thinking one thing and my mind was racing among other thoughts. It’s a dangerous situation to put yourself in when you’re going headfirst. I would never wish this upon my worst enemy because nobody deserves to be caged in a labyrinth with no exit.

Forgetting you should be easy but it’s the hardest thing I’ve had to do.