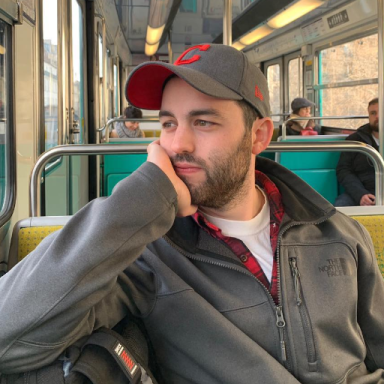 As we get older and endure more catastrophic dating and relationship experiences, it’s easy to doubt this whole love thing.

During those times when nothing seems to be going right, four questions typically cross my mind: Why does love hurt so much? Is it worth it? Why doesn’t it ever seem to work out? And, more simply, what the hell is love anyway?

The first two are easy.

It hurts because it means something and because our hearts have a way of clinging to false hopes about the people we choose to love, instead of seeing the writing on the wall before we get too invested in them.

As Stephen King wrote, “You think Okay, I get it, I’m prepared for the worst, but you hold out that small hope, see, and that’s what fucks you up. That’s what kills you.”

But that doesn’t mean it’s not worth it. It is.

This shitstorm of emotions is worthwhile, even if it doesn’t always seem like it, because it’s real. It’s meaningful. It makes us stronger, even when it fails.

The other answers are more elusive, but one of the benefits of getting burned by people you mistakenly allow yourself to open up to is that you start to learn a few things.

The reason it never works out, at least not yet, is because — duh — we haven’t found the right person.

As cliché as that sounds and as awful as it is to discover that someone we’ve invested so much time and emotion in turns out to be a dud, it’s what we should want to happen.

That doesn’t mean it’s solely their fault, though.

We’ve got to take some responsibility for our own mistakes, too. We’ve got to stop going back down the same well and pulling up the same people and expecting a different result.

That’s the definition of insanity.

I constantly hear girls (and guys) carry on about what their “type” is and what boxes they need a potential partner to check off before they’re dating material.

Nice, but not too nice. Caring, but not clingy. Independent, but not self-absorbed.

The thing about that checklist is that it’s often the same one they used the last five times they chose to be with someone, and the results have essentially remained the same: They initially click with a person; they turn a blind eye to a few red flags here and there; it works for a little while, and then they get hurt, used, abused, and are left wondering what the hell happened.

And maybe that’s because we keep getting the answer to the final question — what the hell is love? — so terribly wrong.

As British novelist Louis de Bernieres wrote, “Love is not breathlessness, it is not excitement, it is not the promulgation of promises of eternal passion, it is not the desire to mate every second of the day, it is not lying awake at night imagining that [he or she] is kissing every cranny of your body. …That is just being ‘in love,’ which any fool can do. Love itself is what is left over when being in love has burned away.”

We focus so much on things that really don’t matter in the long run — things that burn brightly in the short term but fade fast before long — that we fail to look own the road to what really matters in a relationship.

If we’re truly trying to find a partner that will break our cycle of heartbreak and stick around for the long haul, then we’ve got to shatter our habits, revise our old checklists, and remember what love really is.

Because despite what Netflix has convinced us, love is very rarely the part of the story where the couple meets and falls in love. Instead, it’s what comes next; it’s what’s left.

It’s a day-to-day partnership that, if real, will carry two people through this sometimes-shitty, but always worthwhile experiment called life.

We’d all be smart to remember that the next time we consider jumping off a ledge for someone we know will ultimately let us down.