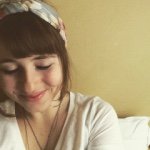 Let me first start off by saying that I’m not here to offend anyone, I’m just talking out of my ass. I’m a spiritual person, but by no means religious. I’m not even positive I believe anything is out there, but that’s kind of the fun thing about religion: nobody knows any better than the next guy. While I maintain my doubts and disbelief, I have a growing suspicion that my dog might be the Messiah. 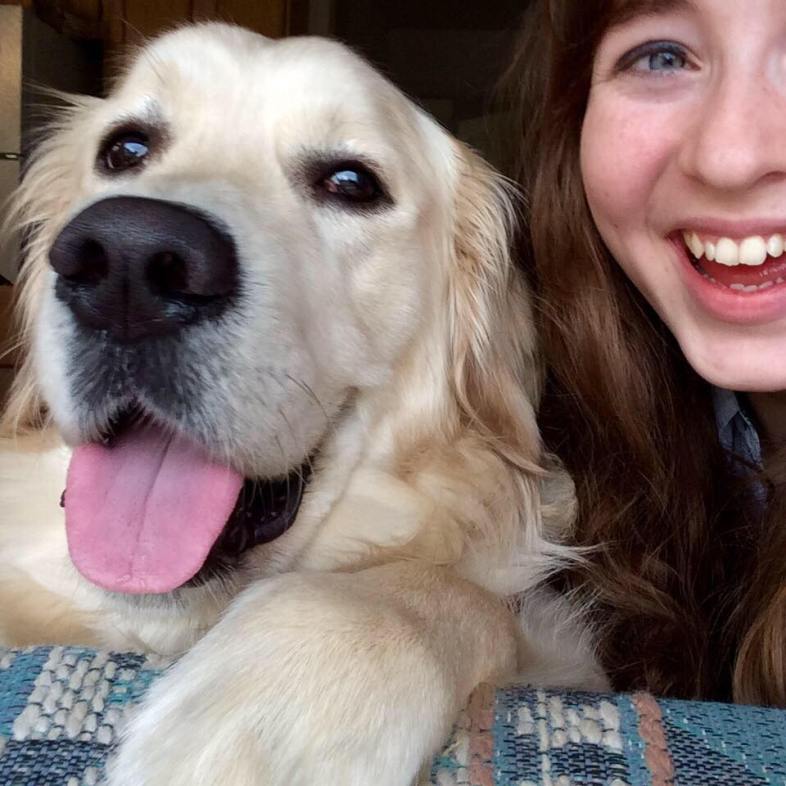 My dog’s name is Hagrid. (Yes, like the half-giant.) He’s a one-year-old English Cream golden retriever. He likes hikes, has pooped a whole sock out once, and might be a little gay. And while I don’t put him in sweaters or feed him at the table, he’s unmistakably everything to me. My husband thought I could better handle my Post-Traumatic Stress Disorder if I had a companion to care for as an outlet. Hagrid has been an actual godsend. He saves me every day. He doesn’t have to understand the nightmares or flashbacks I have to console me, and he’s never judged me in how much I need him. We watch Criminal Minds together and he ponders life whenever we go outside. On my bad days, he comes running. How much holier can you get? 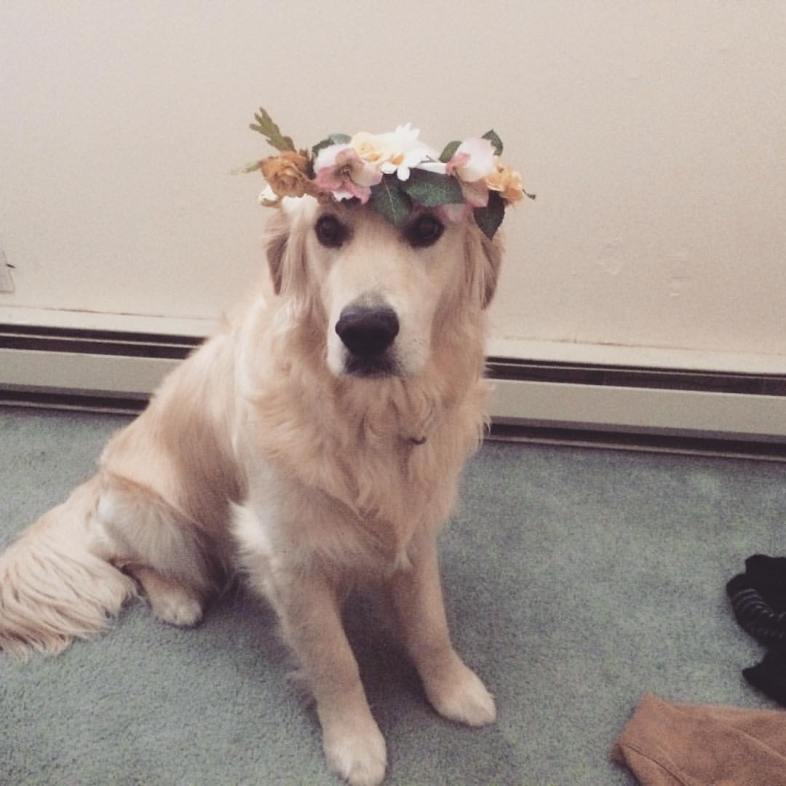 There was a show eons ago called Joan of Arcadia. The premise was that God would come to this young woman (Joan) through different people: all different races, ages, and classes. For example, a busboy or the mayor would be like, “Oh hey, it’s me, God, again. Here’s some life advice you’re needing.” It was such a good show that was unforgivably canceled. That concept of a transient god stuck with me. If there is a God, why wouldn’t He (She) help us through other people, or in this case, fuzzy snugglebutts? Why wouldn’t He want to try out different lives, just because He can? And, arguably, what better vessel to help or spread love, than an animal that only knows love? That starts a whole other discussion of how animals could be (should be) considered holier by so many more accounts than our war-waging asses.

You might argue that human beings would be more likely candidates because we can talk and build skyscrapers, but how does that constitute on a spiritual scale? Especially when you consider we have the capability to build bombs and eat sauerkraut? It’s just not right.

There’s something to this. I have no doubt that if there is a God, He’d take long naps on the foot of the bed, know full well how to beg, and that He’d want to be little spoon sometimes in the morning. Logically, why wouldn’t He? Ominous doesn’t mean stiff, and it shouldn’t mean unfamiliar to the lives we have as humans. This vision of a strict God didn’t really stick with me growing up (and still doesn’t.) I can’t imagine one that commands that sex is strictly for breeding and that marijuana is just a random thing humanity stumbled upon. (As well as countless other arguments, but these will make my dad the most upset.) You might disagree, but the better half of me just doesn’t see the rationale in all of it. 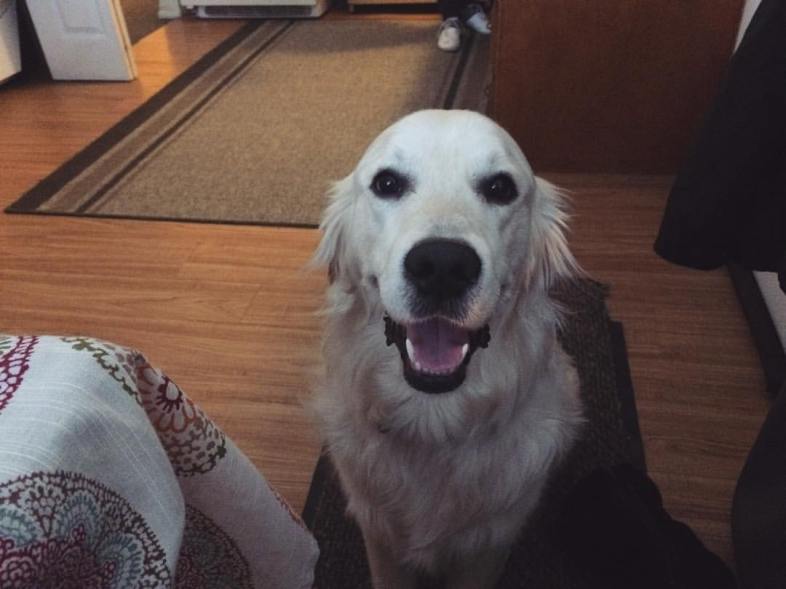 It’s more likely, to me, that God, or Jesus, or Mother Earth, is a silent companion for each of us, who sometimes pees on the kitchen floor.

A Eulogy For My Beloved