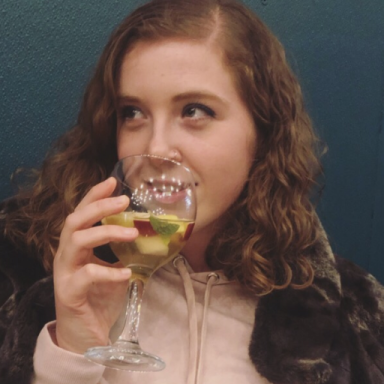 I wanted to move to New York City from the time I was 8 years old. I would fantasize daily about the life of glamour I would lead, the fame and fortune likely to befall me, and the sparkling penthouse I would reside in. As I got older my goals got more realistic, but the desire never left me. I HAD to live in New York. It was a gnawing urge that would keep me up all night. I would drunkenly ramble to my college roommate about the lights and energy that New York promised. All my friends and family knew about this never-ending urge to live in the big city and would poke fun at me about my New York City dreams.

When I was 24, the stars finally aligned for me. I had found a job, secured an apartment and made all the necessary plans to move across the country with my boyfriend and our cat. I counted the seconds until the day finally came to pack up the car and go. I left St. Louis with a bit of sadness and trepidation, but the good kind. Like you know it’ll be great but you’re still a little bit nervous anyway.

Well. New York living was initially not what I expected. I spent the first few days crying because our “cute, centrally located Airbnb” that we had arranged to live in for the time being until we found a more permanent place was 1. An hour away from anything worth doing, 2. Infested with BUGS and 3. Completely lacking air conditioning or even an adequate fan. We made do the best we could, getting out and exploring the city and generally settling into New York life. Honestly, though, I was a little bit miserable. And I was DEVASTED. All I had ever wanted to do, all I had ever dreamed about was to live in New York, and now here I am and I low-key hate it. My brain couldn’t accept that it had been a huge, cross-country move and that it would probably take time to settle in—I immediately jumped into worst-case scenario mode. I was convinced that the move was a mistake and that my desire to live here had been highly misinformed. I began to daydream of moving back to Missouri and tortured myself endlessly by watching my friend’s Instagram stories as I laid in my hot apartment praying the bugs wouldn’t find their way into our bedroom.

So overall, not the best start. But I think as humans we have this innate instinct to highly romanticize everything we do, and I was definitely guilty of that with my move to New York. As much as I knew it wouldn’t be all glitz and glamour (I had about $700 in my bank account, so glitz and glamour were far out of reach), a part of me was slightly disappointed in my reception. Like, I’ve wanted to live here for over half of my life…where was my welcoming committee? Also, New York is dirty. Like gross and dirty with trash everywhere and many unwelcome smells. We moved in the middle of the summer when the trash would bake in the sun for 10 hours a day and there wasn’t even the slightest hint of a breeze. I would get hopelessly lost on the subway, and more than once got stranded in a torrential summer downpour.

By August, I was feeling highly discouraged. I had made a few friends and was having a generally alright time. We had sorted out our living situation and were much more comfortable (and bug-free thank God). For all the good times though I could not shake this feeling that I just wasn’t embracing my New York life, and that one day I would wake up and it would be everything I thought it would be.

I can’t remember when the realization hit me that living in New York was just that: living. It was still my life, for better or worse, and that moving to a gigantic city couldn’t make me someone that I wasn’t. I wasn’t going to become a different person just because I lived in New York, and it was incredibly naïve to think otherwise. My life would still be wonderful some days and absolutely terrible others. And once I learned that and was able to live with the fact that I was still me and my life was what I made it, things started looking up. Also, the seasons changed, and fall in New York is probably the most perfect thing on this planet. I spent two-month wandering parks in cool October air, eating farmer’s market apple cider donuts and meeting some of the best people I’ve ever known.

Now it’s March, and I’ve lived in New York for eight months, which still seems crazy to me. The subway isn’t as intimidating, and I’ve gotten myself settled into a pretty solid routine, which is good for me. Some tasks are still more challenging than others (gone are the days of a 5-minute drive to Target), and living here is not always the dream I thought it would be, but each day offers its own unique beauties. The sunset illuminating Manhattan seen from the M train crossing over the Williamsburg Bridge might actually be the prettiest thing I’ve ever seen. And Prospect Park offers the perfect dose of nature when I can’t handle the city anymore. Street food at 4 am is a delicacy matched by none. I have made so many friends and constantly have the opportunity to try new things and grow as a human. Isn’t that what it’s all about?

So if you’re reading this and questioning whether you should move to New York City (or anywhere, for that matter) the answer is YES. Bugs, blistering heat and all.

a weirdo living her best life in NYC