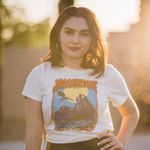 Living in your childhood home with your parents as an adult has a few benefits. Most people know the basics. You get to live rent-free. You get to eat home-cooked meals. You get to not worry about someone stealing your laundry (unless you have siblings, of course). There is one other benefit that exists, however, but is rarely recognized: The potential to vindicate your teenage self.

Maybe you’re a sane person who went through high school with a healthy amount of self-esteem and graduated with at least one sexual experience under your belt (ha). If so, maybe stop reading because you will probably find this story ridiculous, if not concerning for my mental health. (Don’t worry, I’m going to therapy to work on my high school-related trauma!)

When I was a teenager, I was socially awkward to the point that I’d blush when a teacher called on me in class. I had a difficult time speaking to anyone who wasn’t in my small, immediate group. I’d stand in the shower giving myself lines to practice saying to people who could potentially be my friend, but it always backfired and I’d be left in a puddle of my own word scramble. Obviously, my high level of social anxiety also greatly contributed to my lack of a romantic relationship in high school.

But I wanted a boyfriend so badly! It consumed my thoughts on a daily basis. Was I ugly? Was I too much of a prude? Was I boring? Several boys confirmed each of these theories at different points in my teenage years, and of course, I believed them. Never mind the fact that they were all terrible, insecure people themselves. They were the only participants in my focus group, so what choice did I have but to accept their opinions as fact?

And, like every insecure teenage girl, I both idolized and envied the popular girls in my class. The way they talked to boys was a psychological miracle in my eyes. I didn’t understand how, beyond their elevated social status, they were able to get the guys. The popular guys at my high school seemed to be at a celebrity-like level. If they picked you out of a crowd, you were special! You were cool! You were funny, interesting, hot, etc., etc.! I craved that male validation so badly, but I knew I would never get it.

Until, five years after graduating high school, I got my shot. I matched with a guy on Tinder who a) was one of the most popular guys at my high school and b) was the older brother of a girl who relentlessly bullied me in elementary school. Oh my god, I thought, I’m going to screw my bully’s brother and fulfill my teenage dating ambitions!

We exchanged a few, bland “getting to know you” messages (“You like Game of Thrones? I love Game of Thrones! You like Thai food? I love Thai food!”) and it became clear to me that he had no clue who I was. I think he put together that we lived in the same area and went to the same high school, but beyond that, I don’t think he had an inkling of who I was pre-2019.

After a few days of answering questions about basic likes/dislikes and giving two-dimensional descriptions of our days, we decided to go get tacos at an overpriced Mexican restaurant a few minutes away from our respective homes. He picked me up the car that he’s had since high school (!) and off we went.

It’s an interesting experience to be in a car with someone knowing that your teenage-self would be absolutely freaking out if they could see you now. I would like to clarify that by this time in my adult life, I had shed most of the insecurities of my former years. I no longer believed I was ugly, stupid, boring, etc., but I did feel like I still owed something to the girl who hated herself. I couldn’t go back in time, but maybe I could prove something to her in the present.

Overall, he was a decent guy. He let me rant about my terrible then-boss, he wanted to know all about my travels in Australia (I left out the part about my Australian ex) and he seemed genuinely interested in most of the things I had to say. On his part, he was exactly what I imagined a grown-up high school jock would be. He’s mortgage broker who wanted to be a cop for a little while. He lives with his best friend from high school whose parents bought him a house in the same neighborhood they grew up in. He golfs a lot and plays on an adult baseball team.

Eventually, the topic of high school came up. I admitted I knew his sister. He laughed in a good-natured way and said he wasn’t surprised that she picked on me as a kid. He asked about my high school friends, and I wasn’t surprised when he said he didn’t recognize any of the names I gave him. I explained how shy I was back then, and he said he thought it was cool that I grew out of it. I have to admit, it was a weirdly cathartic experience.

I was a few margaritas in at this point, and I started to wonder what he’d be like in bed. My hopeless romantic brain started going into hyperdrive and thought about how cute it would be if we did end up together. I imagined the story I’d craft for my friends and family: “He was a jock in high school and I was just a shy little nerd, but five years later we ended up finding each other!” So adorable.

He paid (“You need a new job, so it’s on me!”) and we headed back to his beat-up car. He dropped me off and awkwardly hugged me goodbye. But, because I have no regard for standard dating rules, I texted him immediately afterward and apologized for not knowing what to do at the end of dates. He responded by telling me to come over. Perfect!

When I arrived at his suburban-home-turned-frat-house, he immediately ushered me into his bedroom. Here we go! We watch a few episodes of The Office (what else do you expect a straight, white man to put on?) and started making out ten minutes in.

After we were done swapping saliva, I wondered to myself what we had left to talk about. He turned to me, unprompted, and asked if I had any gay friends.

“I was just curious because I don’t think I know anyone who’s gay.”

“Oh, you probably do. They just might not have told you yet.”

“I don’t know. All the guys I hang out with have only dated girls.”

“Well, I mean you never know they could be bisexual.”

“Are bisexual guys a thing?”

I’m aware this is pretty minor on the scale of problematic things guys could potentially say to me, but still. After I left, I decided not to see him again after that night. Maybe my teenage-self hadn’t missed out on anything after all.