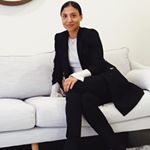 The holidays are around just around the corner and you find yourself questioning why another year has passed and you just haven’t met your match. I mean you deserve to be cuddling by a fire and enjoying a glass of wine while listening to a Van Morrison soundtrack just as much as the next person, right? Yet, you find yourself fantasizing about all the Hallmark images that have been inoculated into your head, only to realize you’re still sitting on the couch watching another great special on Netflix. Thank god for Netflix.

It’s easy to believe that something is missing from our lives, when we’ve been programmed to see the world through the lens of matrimony. We often seek partners from the belief that once we find whatever it is were looking for, we’ll feel more complete. This isn’t entirely our faults. The great psychoanalyst, Jaques Lacan, explained that the first object of desire is to be recognized by the other. In layman’s terms, our first concept of a self relies on identifying with an image of another person. Mom, Dad, whoever.

Especially in today’s world, where we often joke about something not really happening unless its validated by a number of likes on three different social media accounts.

So, if we came to see ourselves first through the other, what does that really mean about us? It means we‘re constantly moving through life with this lingering feeling of inadequacy, inhibiting us from being the best versions of ourselves. If we truly believe that something outside of us is what will make us feel whole again, we are entering environments already feeling disadvantaged.

The issue then, is not that we don’t have a significant other, but how we’ve come to associate with what being alone really means. In fact, many people feel a great sense of loneliness in their romantic relationships. It is in standing up to that feeling of loneliness where we find the greatest space of companionship. It is where we develop solitude.

But what is solitude? Solitude, is a replenishing state of being alone, as opposed to an inner state emptiness (see: loneliness). It is where you get to meet yourself, in both joy and sorrow. In truth, developing this kind of love affair with yourself is the exact recipe to cultivating your greatest connections with others. This doesn’t mean enjoying others validation is the problem, it just means to truly hear someone speak your merits, requires a certain capacity for self-affirmation. So how does one develop a state of solitude?

Solitude requires a level of discipline, that may not feel easy to sit with at first. This may mean sitting with certain feelings that come up, as opposed to fixing what feels uncomfortable. It may entail carving out time in your week where you get off social media because your making a choice to focus inward. It means getting out in nature, taking a trip alone, going on a walk, or merely giving yourself 10 mins to unplug in the morning before you start or end your day.

So as you get ready to approach a new year with a list of resolutions, why not make the first one about you. Give yourself the opportunity of entering a space more replenished, because you were never incomplete to begin with, now were you?

Dr of psychology helping people get closer to their true potential!