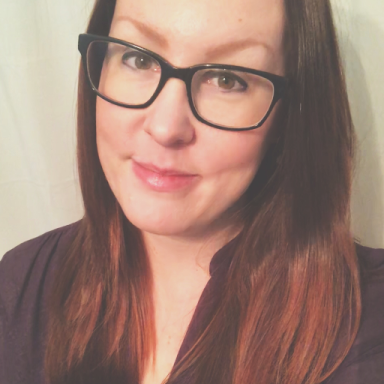 It has been six and a half long years since I lost my only sibling, Tyler, to suicide. He was just 23 years old, and I 26. Although there is never an ideal time to lose someone you love, there is something unfair about having to lose someone who has passed long before they should have and in a completely unnecessary way.

Due to how sensitive as well as stigmatic the topic of suicide is, it can be difficult for families and loved ones to communicate their feelings when someone dies by suicide. It’s common for the loved ones left behind to experience feelings of guilt, anger, sadness, confusion, and frustration, as well as empathy, compassion, and eventual acceptance. As grief is nonlinear, it is also normal for your feelings on the matter to fluctuate as the grieving process does.

I try not to allow myself to get stuck in feelings of anger because I have realized it doesn’t serve me well emotionally, but anger does creep in every now and then. The night before my brother took his own life, we were hanging out with some of our good friends, and everything seemed perfectly fine. In fact, things seemed great. I’ll never forget one of our last sibling moments. I was in the bathroom touching up my makeup before we all headed out for the night when my brother burst open the door and took over my space. He was flexing and checking himself out while asking me, “How do I look?” and telling me how he had been working out so he would look good on the beach in Mexico for my upcoming wedding. He never made it to my wedding because he died the next morning. There is still so much I wish I could say to him, and so much I wish he knew.

A part of me will forever feel guilty, even though I know that wasn’t your intention and you wouldn’t want that for me. For about a year before my brother’s death, he would occasionally send me some pretty dark and scary text messages, usually around 5 to 6 a.m. after a night of partying. Due to my work schedule at the time, I was usually able to respond fairly quickly and at minimum could at least convince him to go to bed, and I always requested he call me as soon as he woke up. Whenever he would call me back, he would manage to convince me it was just the alcohol and drugs talking from the night before and that he would never, ever do anything to hurt himself. As our uncle committed suicide when we were young (I was 5, he was nearly 3), Tyler used to say to me, “I know what suicide does to a family, and I would never do that to you guys.” Due to his convincing nature, I believed him, and by believing this, I aided in failing him. I will always have the regret of not going to anyone who maybe had the power to help sooner, despite Tyler’s threats that if I did do that, he wouldn’t talk to me again, and the fact that I really did believe him when he said he would never actually do anything to hurt himself. I have learned the hard way that these threats should never be taken lightly.

We are okay, but we will never be the same again. One of the hardest parts about death and grief is the fact that the world continues on as if nothing had happened—the show must go on. It can feel incredibly frustrating and unfair to witness everyone go about their day to day lives when you have a gaping hole in yours. I was completing a Bachelor’s degree when my brother died, and I was only given 10 days off of school for his death. My husband and I also got married three months later. A small part of me wanted to put my schooling and wedding on hold because it didn’t feel right to commence my life so quickly after his passing. Although my now-husband and I discussed putting our wedding plans on hold briefly, I decided against the idea because I realized that no matter when we got married, my brother wouldn’t ever be there. He would always be missing from my wedding, no matter when we did it. That was when I realized that things would always be different and everything from that point forward would be our new normal.

We miss you terribly. I remember reading a quote once about losing someone in your immediate family that said something along the lines of “their seat at the table will always remain empty,” meaning their loss is a void you simply can’t fill or replace. There isn’t a day that goes by that I don’t think of Tyler multiple times. I am reminded of him frequently, and though most of these reminders are warm and welcomed, they still remind me that there will be no more new memories, no more new funny stories or inside jokes that are just our own to share, no more phone calls from him just calling to tell me something he thought I would funny. My children will only know him through our stories; I will never have the opportunity to be a biological aunt or to know what his life could have ended up becoming. When I see adult siblings together, I usually feel a twinge of jealousy that he’s not here with us all as he should be.

Your choice only transferred your pain from yourself onto us. I know this is a thought a lot of people are told not to think when it comes to viewing suicide as a whole, but I believe it to be true. I also believe if my brother knew the pain his death would cause those he was leaving behind, he may have thought twice about his choice. I am not dismissing the pain he must have been carrying in order to make the choice he did, but there is help out there. I know many might think my role as the surviving sister of a suicide victim should be to advocate for acceptance and understanding on the topic of suicide, but I am too jaded for that at this point. I have had to hear some very insensitive theories and thoughts on suicide and my brother’s situation in general, enough to know that a lot of people view suicide as selfish. They often have less sympathy and empathy for not only the deceased, but their loved ones as well. Therefore, I no longer advocate for people to be accepting of suicide, but I do advocate for those struggling to prioritize their mental health and wellness and to get the help they deserve.

I won’t argue that there is a stigma around suicidal thoughts and feelings and that more professionals should have better training to adequately deal with this highly sensitive topic. However, I am also a firm believer that at the end of the day, only you can help yourself, and you have to really want to help yourself. Although I struggle with guilt that I didn’t do more for my brother, I have also accepted that my attempts would only have had a shot at success had he been willing to take the next step, whether that had been through talking to his doctor, counseling, or a lifestyle change. Struggling with mental health issues is hard, unfair, and exhausting, but I refuse to believe that any of us are truly better off ending temporary pain in such a permanent way. This is what I I really just wish my brother, and everyone else who has tragically died to suicide, knew and believed: You are worthy, you and your life matters, this too shall pass, you can get through this.

A writer, blogger, and aspiring author sharing my stories to connect.