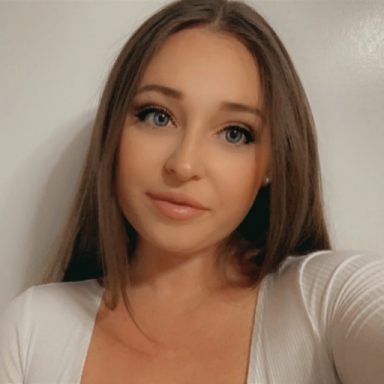 How many hours have you pondered his thoughts? Wondering what he’s doing? Why he isn’t texting you. If he’s texting someone else. If he’ll reach out. How much time do you waste wondering what he may never tell you. What he’s thinking. How many minutes, staring at your screen trying to dissect every last text. Understand why he follows who he follows. Why he posts what he posts. Why, why, why.

While you’re sitting up late at night, wondering the thoughts of his brain you are wasting time. Wasting valuable time. Time you could spend on so many other people, and things. On people who actually follow through with their actions. People who continuously show you how much they care about you. But it still isn’t enough, if it isn’t coming from him, right? How many minutes you have wasted on his thoughts, when you could have been doing something for you. Finally finishing that book you keep re-starting. Draw a bath. Grab a drink with an old friend. No. Instead he has wrapped his hands around your brain, once again. Once again, you are paralyzed by the idea of his ideas. By his thoughts, and your lack of knowledge.

And then he reaches out. Like nothing ever happened. Like no time has passed. Simply ready to strike up another conversation, like all is well in the world. And all is well. All has been well. But then you begin to think. About all that time you wasted. When you could have finished that painting you keep putting to the side. Or taken yoga with your sister, even cooked dinner for the first time in forever. All this time wasted worrying about what his mind was thinking. Giving him all this power over you. All this power, he isn’t even aware he’s had. Censoring your every move. Checking in with the emptiness to make sure all your wasted time is justified.

The wasted time isn’t his fault though. He didn’t ask you to dissect his every move. He didn’t ask you to read into his Instagram posts. He didn’t ask for any of it. He didn’t even know it was happening. He had no idea. No idea that a day of not speaking would do this. While you questioned where his mind was, he was living his life. Just like you should have. He had no idea you were concerned because he was too busy minding his own. All while you wasted your own time. And you’d be too embarrassed to tell him the truth. That it kept you up all night long, wondering the unknown. Venting to your friends, how you think this is just another loss. Chalking it up to another guy with commitment issues. Now beginning to question if he’s even good enough for you. Or maybe something’s just wrong with him.

When in all reality, it isn’t him, at all. He still likes you just as much as the day before. He is still interested. He still finds your corks cute. He still wants to follow through with those Friday night plans. And of course, he does. Look at you. He just had a day. And you know what those days are like. Yet you went crazy over it. It’s time to get out of your own head. It’s time to get out of his head.

It’s time to get out of your own way, babygirl.