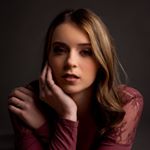 For at least two years before the day I found out my now ex-boyfriend had been cheating on me, we had already planned the details of our life together—our wedding, children, pets, and dream vacations.

The truth made its way through the grapevine, even when he had blocked me and everyone we knew together on social media. He lied about wanting some time alone and had been in another relationship with this new girl for somewhere around four months when we broke up. It was plastered all over her social media, and the realization that he had cheated was the worst kind of pain I’d ever experienced. His friends that knew me were also keeping this from me, and I felt so embarrassed and betrayed. Picture the irony of having your worst nightmare come to life and her name being Joy.

Even though their relationship was so public, he still denied the affair. In fact, one of the last things he told me was that if I “needed to villainize [him] to get through it, then so be it.” What an interesting choice of words, given that I wouldn’t have to say anything aside from the truth for him to be a villain.

The last year of our relationship was tumultuous. When his promises of us spending time together turned into me staying home waiting for him as he “forgot” to call me and his lack of boundaries with other women became the “norm,” I felt so isolated and disrespected. Whenever I would feel angry, I would tell myself to be patient and treat him with love and respect. What I wish I knew was that while I was trying to show him how patient and understanding I could be, I was disrespecting myself. But I don’t know if it was my fear of losing him or my love for the person I thought he was that kept me trying to win him back.

For anyone who’s been cheated on, you’ll know that it awakens a side of you that you had no idea existed. I truly didn’t think I could have so much anger, hatred, disappointment, and devastation in my heart. It was actually kind of terrifying to think that the person who I gave my heart to would be willing to disrespect me and throw me away as if I was meaningless.

Cheating is a special kind of evil because it distorts reality and forces the victim to take blame for something that is far out of their control. When I told him that I knew about his affair, he simultaneously denied it and blamed me for his need to get attention elsewhere. Even with all the anger I had towards him (and her) I just kept asking myself what I did to deserve this. That question is so disturbing because it pointed to an internal belief that there was something I did—or could have done—to deserve being cheated on.

This time in my life was so unique because I got to see both the darkest and the brightest parts of humanity. I can’t even begin to express my gratitude for the community of friends and family who rallied with me and supported me through every step of this journey. Instead of wondering where God was in all of this, I realized that He had provided me with a group of people who uplifted and encouraged me. God works through a multitude of ways, but He comforted me through the loving words and actions of my loved ones.

I’m a pretty analytical person and my perfectionism tends to get the best of me sometimes. There were a lot of internal beliefs I had about myself that came to light after I began to process my pain. I had to make a decision to grow and learn from the pain instead of trapping myself into the victim mentality.

1. You can’t change a person who does not want to change AND you can’t love someone into treating you right.

To be honest, I don’t regret falling in love with him in the first place. But I definitely regret trying to prove my worth to him by becoming a doormat. I guess that’s what happens when you’re wearing rose colored glasses: They make all the red flags look just like any other flag.

2. There’s a difference between feeling broken and being broken.

I remember telling my therapist so many times that “he broke me” and I was “broken and damaged” as a result of him treating me so poorly. But after a lot of soul searching, therapy sessions, and conversations with my loved ones, I realized that this was only a feeling. This dark, isolating, and helpless world I was living in was one that only existed in my mind. I was giving him too much control over my life and even when we were no longer in a relationship, I had to fight to take back the control I had so freely given him.

3. Grief isn’t a linear process, so don’t be afraid to be angry or sad.

With any breakup, you grieve the loss of your future with someone you saw a life with. When you add cheating to the mix, you have valid reasons to feel everything you’re feeling. Everyone reacts differently to cheating, but in my experience, I was consumed by anger and a desire for justice. Working through those feelings uncovered so many internal beliefs and helped me to understand how toxic the situation had become. Time may be a healer, but there are limits to its power. That’s why you must be patient with yourself and allow yourself to heal however you need to, as long as it’s healthy!

4. Trust your instincts because your time is too valuable to waste.

To be honest, I’m not sure where instincts come from, but they seem to be spot-on. If you have a gut feeling that there’s something going on, honor that by having a productive conversation with your partner. If I could go back in time and change one part of my relationship with him, I would have paid more attention to my instincts and not allowed him to take control of them.

5. Forgiveness is a conscious choice that you have to make again and again.

Have you ever heard the saying that refusing to forgive is like drinking poison and expecting the other person to suffer? If your ex is anything like mine, he will have no remorse for what he did. To be honest, most days I don’t feel like he deserves an ounce of forgiveness. But forgiveness has nothing to do with him; it has everything to do with your own mental health and journey. It’s impossible to move on if you still harbor anger that takes hold of your mind. Forgiveness doesn’t erase what happened or let him off the hook, it just helps you move on and enjoy the next chapters of your life.

If you’re anything like me and felt like your voice had been stolen and discounted, please know that there are so many ways to take it back. As a writer, I knew that I had to process the pain by way of using my words. I also began taking barre and yoga classes to work off the anger and reduce my anxiety. Even though it may be difficult today, each day is brand new and holds a world of possibilities. If you lean on God and your community to help you through the dark moments, they will eventually pass.

You are worthy of love—even when you don’t believe it.

Keep up with Sarah on alattethoughts.wordpress.com