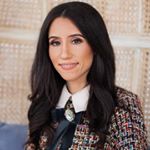 For those who are single not by choice but by circumstance and have felt the earth-shattering depths of pain, I want you to know that it’s not in vain. In fact, you were given a mission to show the world what true strength is. Through my own struggles, I am now capable of embracing solitude without the ache of needing someone by my side, and though it’s a state of being that was once incredibly painful, it’s now a blessing.

I’ve learned that the erroneous belief that love is something to be attained by a certain age is the cause of so many chasing after the idea of love, for fear that being alone somehow makes us incomplete. It’s for this reason that so many find themselves disappointed and heartbroken years later, as they rushed to the finish line before truly understanding that love is not something we attain, but something we give.

We’re only ready for union when we’re whole within ourselves. We can’t unconditionally love another until we’ve learned to love ourselves first. Until we understand who we are, what we fear, and our insecurities and are able to proactively catch ourselves from sinking into the depths of self-pity, we enter every relationship with the expectation that it’s someone else’s responsibility to fix us. We become dependant on the attention of another to keep us happy, which ultimately leads to controlling behaviour. The truth is that the only person we have control over is ourselves, and when we learn to be our own cheerleader and are able to self-heal from the chaos that life throws at us, we build inner strength and emotional independence.

Emotional independence is a survival skill—it’s the life jacket that keeps us from drowning. Until we are comfortable with our own presence, we’ll always itch for another distraction, person, or substance to numb the pain. When we find ourselves disappointed because of the actions of a potential partner toward us, we tend to blame ourselves or let hatred fester for the other person, but the piece of the puzzle that’s missing in this scenario is self-awareness. When we understand ourselves and the struggles we’ve been through, it makes it a lot easier to recognize the level of emotional intelligence in a potential partner. If someone appears to be inconsistent and emotionally immature, it’s our job to walk away instead of getting involved. It’s having the strength to recognize that what you deserve is worth the wait, as opposed to caving for the sake of not wanting to be alone.

I used to think that without a partner, I could never live peacefully, and I allowed that thought to control my emotions. It essentially consumed so much of me that I neglected other areas of my life. I was so infatuated with the idea of love that I failed to understand its true meaning. The heartache that shattered me several times was the very thing that helped put me back together and built me into a stronger person every time. Each pang of pain gave me deeper insight into my purpose and life in general. It allowed me to understand that it takes two whole people to form a union.

For those of us who have had to endure years of solitude, realize that the struggle is there for you to build the strength to walk through life on your own two feet. You were withheld from what you thought you wanted so that you could realize that all you needed was yourself. We all endure different forms of pain in life, so that we can come to understand the true meaning of love. And most importantly, for us to learn how to give it.

Let go of control. Live from the heart. Trust your intuition.