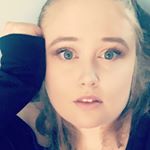 Today I stood in the place where I said goodbye to you before you moved away. I saw the table we sat at and the table where we gave each other our last hug. The table where I thought I was never going to be able to stop crying because I knew I was going to miss you.

As I replayed that night in my head, I couldn’t help but think just how pointless all that was going to be in the end. Why? Well, let’s face it, you know exactly why. It’s pointless because little did I know that only a few months after crying over you that you were going to break me into a million pieces.

The months after you moved away, I would call and text you because that’s what a best friend does. A best friend is someone who will always have your back no matter how far away you are from them. When you told me you were homesick, I even flew 2,000 miles to see you.

After that bittersweet weekend spent with you, things changed. When I called you, you would decline the call or not pick up. When I would text you, you never responded. You began to ghost me. This left me wondering what was going on with you. I began to worry that something had happened to you. But the thing is, you would still view my Instagram stories, so I knew something was up, even though I couldn’t pinpoint it.

Then one morning I woke up to a text message that made my heart sink into the bottom of the ocean. It was a text telling me that you didn’t want to be my friend anymore. You tried telling me that it wasn’t me, but that it was you and that this was hard for not only me but for you too. The thing is, though, that wasn’t the hook and sinker. The hook and sinker to my heart was when I read that the only reason you became my friend was because you were lonely. When you said that at the beginning of the friendship you were skeptical about us becoming friends, but that you pushed back that feeling because you were lonely.

Do you know how devaluing that feels? To know that someone I considered to be my closest and best friend only became my friend because they were lonely? That broke me. It made me wonder why I even bothered being a friend to you. It made me feel used. It made all the amazing times we had together laughing, having fun, and sharing secrets feel like a waste of time. Nothing in this relationship was real because you were pretending the whole time.

The hook line and sinker? Well, you and I were never real best friends. I was just someone you could use until I was no longer of use to you.