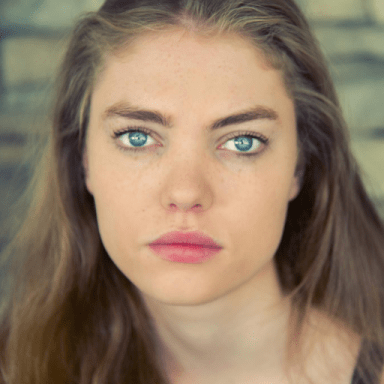 For as long as I can remember, I’ve told people I am homeless, even though I’m not.

Don’t misunderstand me. I don’t mean the kind of homeless where I’d find myself sleeping on the streets or in a public shelter, but the kind of cultural homelessness many third culture kids feel when they lack one particular “home.” In other words, belonging in many places at once, and at the same time, nowhere at all.

This is, of course, partially true. I had lived on four continents and attended school in three by the time I was eighteen, and my idea of “home” has always felt transient, temporary, and often turbulent. Couple the home-schooling, international schools, and country-hopping with being an only child, and there have been many times in my life when I’ve felt like an outsider. I believe that something only children and TCKs have in common is that many of us feel like chameleons, in that we are able to quickly adapt to new environments, people, and situations, while also being aware of the fact that we usually have to work harder to fit in.

But the full truth is, I’ve always had a home. At least, a place that’s acted as one for the majority of my life. It’s beautiful, situated on the heart of the Chesapeake Bay, with breathtaking sunrises and sunsets that will make you reassess any time in your life when you doubted the existence of God. At night, the sky becomes a miraculous exhibit of stars and planets, and you don’t need a telescope to see even the faintest of constellations. Throughout my life, despite all the moving and traveling, this place has been the most enduring home I’ve ever known. When my family lived in the Middle East, we would come back to this home during the summers. When I moved to Costa Rica when I was seventeen, Chicago when I was eighteen, London when I was twenty, or Jordan when I was twenty-one, I always knew in the back of my mind that this home would remain. It was like a safety net.

Selling a childhood home isn’t easy for anyone. Some would call it the end of an era, the end of childhood or adolescence as they once knew it. The memories of introducing your high school crush to your parents. The celebrations, birthday parties, family reunions. The long walks and deep talks. The tears and laughter around the dinner table. The place that acted as a refuge and haven from the never-ending chaos of the world.

But for a TCK, selling the (or a) home you grew up in can be especially difficult. For a long time, I convinced myself that because my idea of “home” had never been fully rooted, I would have no internal struggle with saying goodbye to my childhood one. I figured I could easily say goodbye to it, just as I had easily said goodbye to all of my other homes, all of my other cities, and all of my other friends. But when my parents FaceTimed me and excitedly gushed about a rental they had found in Baltimore, where they would stay while deciding where they wanted to be based permanently, I felt a tight knot form in my stomach. As soon as I hung up the phone, I bawled for twenty minutes on my couch, the kind of crying where you’re unable to catch your breath and you worry you have somehow contracted Covid-19.

In that moment, I realized that while I had always taken pride in being able to – as the cliché saying goes, “bloom where I am planted” – I’ve still had a foundation. And my idea of that foundation was suddenly being dismantled.

Third-culture kids hang onto memories. Memories of people, places, and feelings. Some memories are fleeting, while others are lifelong, and we often don’t know which ones are going to stick and which ones aren’t. But when you leave a place with memories that run so deep that even its smells can trigger intense emotional responses, it feels different.

I lived in the Middle East as a teenager. I remember strolling through the souk after school, enveloped in the heady fragrance of shisha. I remember my ears perking up five times a day when I heard the Call to Prayer. I remember the cultural norms that at first felt so different from my own, but soon became familiar to me. I didn’t know it then, but the work I do now can be directly traced to my time living in Qatar as a young girl. I moved back to the Middle East as a young adult. While it wasn’t for long, it was long enough to be reminded of how vividly our memories stay etched in our brains, especially from childhood. Though I was living in a different country, I still felt pangs of nostalgia and homesickness for a culture that I loved and was familiar with. Now I’m living in New York City and — while I identify as Christian — sometimes I’ll walk by a mosque in Brooklyn just after sunset to hear the Salat-al-Maghrib, or the sunset Call to Prayer, as it instantly brings me back to life in the Arab World and a distant yet strong sense of belonging.

As third-culture kids, it’s important to reconcile the feelings of where we truly belong. It’s easy to convince ourselves that we are capable of leaving anywhere or anyone behind, without so much as a second glance. And maybe we are. But the truth is: we all have a deep and inherent need to feel secure and grounded. Whether that grounding is a physical place or not, we need to come to terms with who we are and where we belong in the world, on a much deeper level than simply our address. So when the day does come to sell a place we considered more than just a prolonged pit stop, it won’t hurt as much because we – more than most – understand that home is not a point on a map. It’s what happens on that map, and who joins us there. It’s the people, the experiences, the laughter, and the love that is shared there, wherever it may be.

I’m going to miss my childhood home more than I was prepared for. But I’ve come to terms with what it means to be truly “homeless.” It isn’t about a physical place. It’s about knowing who we are and where we belong. It’s about knowing that wherever we are will always be temporary. And while we can and should grieve the loss of places we have left or had to leave, we should not feel like we were ever made to keep them. Places are just places. They are meant to harbor us, to teach us, to protect us, to love us, and then, ultimately, to leave us. Like people, they aren’t always meant to stay with us.

In fact, now I may argue that it’s best they don’t.