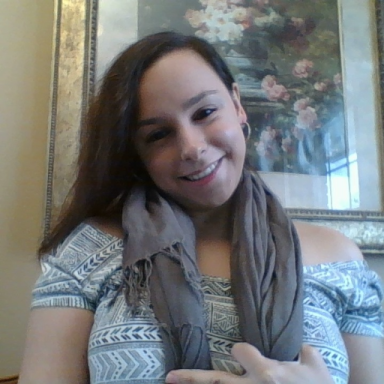 For so many of us, loving someone, as well as the idea of what it should look like, comes with an abundance of expectation. From the time that we are young, we are conditioned to believe that love is synonymous with a sense of ownership over another person’s heart. I too grew up listening to the words in these old scripts, but a recent experience has reshaped my belief system around them. Because of this encounter, I have come to believe that if love is true, it must not dwell in selfish expectation.

From the time I was a child, romance coursed through my blood. I lived and breathed it. Like so many other girls my age, I believed that whenever I did find love, it would lead to marriage and a grand happily-ever-after. Although I never entirely lost touch with the helpless romantic in me, as I became older, my experiences dimmed the vibrancy of my thoughts toward love and commitment in general. After two heart-breaking relationships, something in me became more inaccessible, more remote. I soon thereafter realized that love as I once knew it was like an old hat that I outgrew. Then someone came into my life temporarily to show me what I wanted and didn’t want in turn.

Through this experience, I discovered that I had gone from a person who craved a lot of connection and reassurance to someone who wanted simply to value the moment as it was and for what it was, instead of worrying what it may not may not eventually lead to. Instead of becoming attached and clinging when things became challenging, I learned to surrender and to let go. I came to see love as the summer that would never last, no matter how alive the stars and the scorching heat. It was a season and like all seasons, it must eventually end.

Years ago, this kind of connection would have frightened me. I would have held on to the relationship with a life-or-death grip, on my hands and knees, pleading for it not to end. This time, letting go when the timing was right felt more like a bridge leading to some kind of innermost revelation. It felt like, if I were to let go, I could take a deep breath and say to myself: I’ve seen spring through rose-colored lenses, and now the fall has come.

In addition, I was shown selfless love. I was given some of the greatest gifts: unlimited time, a listening ear when I needed one, and more. There was no expectation of reciprocity. Regardless of the fact that I felt no real semblance of attraction, the encounter taught me so much more about love and about myself that I left feeling nothing but the joy of sheer gratitude.

As a society, our idea of love is undeniably built upon expectation. When those expectations fail, we are often left shattered, convinced that whatever it was that we experienced couldn’t have been love. Instead of pulling apart a selfless moment and seeing it for what it was, we analyze and judge. How could we claim unconditional love under the weight of expectation? The answer is a simple one: We can’t. It is only in freeing ourselves of expectation and reciprocity that we can receive love’s bountiful gifts.

Sarah has a passion for writing, psychology, poetry and growth.