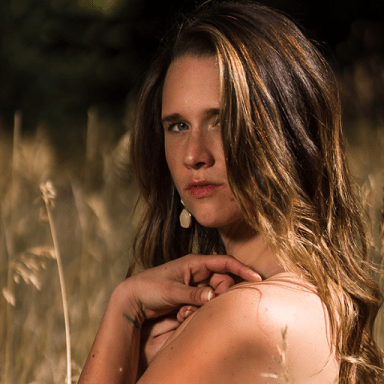 I like honesty, perhaps too much. And I believe in telling the truth – even when it hurts. I also have been told I’m way too bold, sometimes outspoken and that there is sometimes more dignity in silence than in words.

More than a few people in my life have advised me to ignore individuals who have treated me poorly or exhibited callous, cruel or douchebag behavior. They tell me a person is not worth your energy to call them out. Despite the number of people saying this, I don’t agree.

Some of the reasons are about you, but some are about the other person too.

Here are 18 reasons why I believe you SHOULD respectfully call someone out on bad behavior for yourself and for the other person:

1. It shows you’re not afraid to stand up for yourself.

2. It shows you know your worth, your value and that nobody gets to degrade you.

3. It shows you know how you deserve to be treated, and that you will take nothing less.

4. It emphasizes the value you place on honesty, truth and open communication.

5. It shows you don’t tolerate someone treating you like an option, a bench-warmer or midnight snack.

6. It shows you’re confident enough to speak your mind.

7. It shows you are brave enough to speak the truth.

8. It shows you value the courage of honesty instead of the weakness of cowardice.

9. It shows you value your beliefs, regardless of others’ interpretations or reactions.

10. It shows you can and do ask for what you want, and what you deserve.

11. It gives you the knowledge that at the end of the day, you did and said all you could. You will not live with regrets or “what ifs.”

13. It can create the opportunity for change and forgiveness.

14. It can open the door to growth – for you and for the other person.

15. It could help this person to identify behaviors they may not even recognize they’re doing.

16. It could help people become more honest, if not more kind, in how they interact with others. (Note: nobody can change unless they decide to themselves, but you could inspire them to.)

17. It could be the reason someone finally decides to change for the better. Perhaps not immediately, but your words will become an imprinted memory that may resurface later on.  (Again, see the note above about change though.)

18. It could help to eliminate cowardly behaviors such as ghosting, orbiting, benching, etc. (I know a pipe dream, but hey we have to start change somewhere).

At the end of the day, choosing to stand up or stay silent is your choice. You have to make this choice based on what feels truest to yourself and you have to be okay with the consequences of how someone may or may not react.

Gives good advice, fails for myself. Cares too much. Is too much.

Self-Worth Standing Up For Yourself

I Miss The People We Used To Be

I Will Never Let Someone Silence Me Again