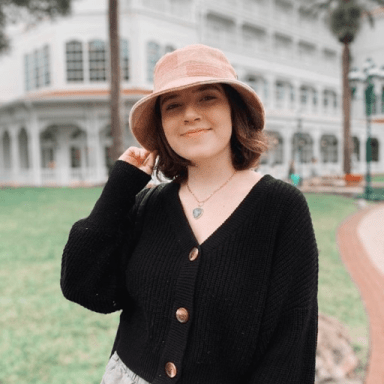 By Sarah Bradley Updated May 23, 2019
Breakingpic

His thighs were the size of tree trunks—I couldn’t wiggle under their weight if I tried. His torso loomed over mine, his palms pressing my shoulders against the mattress. He had playfully coerced me into this position, but I didn’t want to play anymore. I knew where it was leading, and I wasn’t in the mood that day.

“I don’t want to,” I casually giggled, attempting to shove him off.

Unlike me, he was in the mood. His bulky figure overpowered mine. I was no match for him, even if we were just messing around

“No,” he sniped back, using that ridiculous, seductive voice I was unfortunately familiar with.

I said no a few more times, decorating the word with harmless laughs to prevent him from becoming too aggressive with me. He didn’t budge. Despite the sense of guilt that lingered in the pit of my stomach for saying it, I said it once more. No, come on, not today.

He had begun putting a bit more of his weight on me, and my chest struggled under the pressure. I decided to be a tad more forceful, but not too, so he wouldn’t think I was a tease or a bitch.

“I said I don’t want to right now,” I reiterated, shifting my tone. I was growing annoyed and slightly panicked.

He took the zipper of my denim shorts and pulled it down. “I’m not leaving until we have sex.”

By the tone of his voice and the claustrophobic force of his body over mine, I knew that he was right. No matter how many more times I said no, he was going to get what he wanted at that moment—that’s just how things worked, and there was nothing I could do. I surrendered, saying nothing more and allowing him do his thing, just so it would all stop.

After the event, he immediately pulled up the pair of worn-down grey sweatpants he wore on a daily basis, and declared he had to go. As he left, and I laid in the crumpled sheets, droplets of blood staining my underwear, my mind went in many directions. I was suddenly consumed with conflicting feelings of shame toward my own body, yet comfort that I had provided what I was supposed to provide. I casually wondered if I could scramble up enough cash to pay someone to purchase a Plan B pill, since he hadn’t wanted to bother with protection and I was only seventeen.

He was a boy and I was a girl; that was the obvious difference between the two of us. I wondered if he was just a boy being a boy, as my mother and my teachers had taught me growing up. Or maybe I was just being a good girl. Polite and feminine. Ladylike. What did that even mean?

I have always associated femininity with skirts and lip gloss—having long hair, smooth legs, and being able to properly walk in stiletto heels without tripping. As I grew older, and began to shape myself to fit the traditional female mold, I realized that there might be a lot more to being ladylike and feminine than doing your makeup and painting your fingernails. It even went beyond crossing your legs at the dinner table or giggling sweetly at every distasteful joke a man told.

I decided to Google the definition of feminine, and fell down a hole of dictionary descriptions that led to my own personal epiphany:

adj. having qualities or an appearance traditionally associated with women, especially delicacy and prettiness.

adj. appropriate for or typical of a well-bred, decorous woman or girl.

adj. in keeping with good taste and propriety; polite and restrained

That was it. Restrained. Restraint. That word put all the puzzle pieces together, and sparked an angry realization that answered my questions. If I reflect on all the moments in my life that I have felt most female, none of them relate to applying lipstick, getting a manicure, or buying a new dress.

They relate to moments where I am pumping gas into my car and a man shouts vulgar slurs at me; because I am afraid, I don’t say anything. To being in third grade, when my female gym teacher tells me I am too competitive and rough for a girl after a game of flag football. To deciding not to order dessert after my boyfriend’s father says to me at the dinner table, “are you really going to eat all that?” To when an older, male customer makes a sexual comment toward me at my first job, and I just laugh it off. To saying “okay” when I really want to say, “no, get the fuck off of me.” They relate to all the moments where I restrained myself.

I realized that after many years of obsessively tweezing my body hair and applying strokes of mascara each morning, I had also been conditioning my character and my behavior. Being feminine and ladylike does have a lot to do with how you look, but it also has a lot of it has to do with being silent, demure, polite, and selfless in every scenario. It has to do with always keeping your mouth shut, feeling guilty for getting what you want, and feeling even guiltier for not providing a man with what he wants. It has to do with letting men treat you however they please.

I pulled on the remainder of my clothes and texted my friend, who had just turned eighteen, to meet me at the nearest pharmacy. Ten minutes later, I was perusing the aisles of Walgreens, pretending I didn’t know the young girl showing the pharmacist her ID for a morning-after pill.

Sarah is a Full Sail University student and aspiring writer.