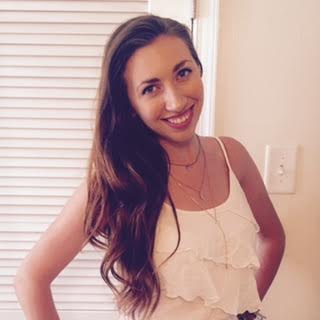 Jane Austen was an English novelist who was as funny as she was flippant – in other words, my kind of girl.

Her beloved characters stumble, grow, and ultimately prevail against a loveless, rigid society, and us readers can’t help but cheer them on every page of the way.

For guys, these books are pretty much the how-to guide for being a perfect gentleman.

For girls, Austen shows she knows a thing or two about the heart, and her books about the trials and triumphs of love ring true to this day.

Mr. Darcy is a really shy guy who masks his social awkwardness as pride. He doesn’t talk to anyone outside of his circle of friends, or dance with girls at parties, and in general makes himself pretty miserable.

Austen’s first life lesson here? You have nothing to gain from being snotty and stand-offish. You’ll only miss out.

Elizabeth Bennett, on the other hand, is very spunky. She walks 3 miles through mud to visit her sister at Netherfield (quite independent and scandalous for that time) AND is the first Jane Austen heroine to demonstrate how to angrily sip a teacup.

Lizzy taught me not to sell out, to not accept a crappy, imperfect version of what you want. She could have married the rich Mr. Darcy the first time he asked her, and hey — nobody would have blamed her.

Instead she does something risky; she rejects him. As a result, it makes him see the error of his ways and want to be better.

It’s one of the best love stories ever told (and the double wedding at the end gets me every time).

Emma is kind of a snob and a bitch — but I absolutely love her. Austen herself admitted she had created a character “no one but myself will much like.”

This is because Emma is very witty and charming. But sometimes, her snark
and snobbery show, and she does the right thing for the wrong reasons.

This book reminds me to tone down my inner control freak. There’s a point between helping your friends and feeling like you know better for them than they know for themselves — which is when most of the trouble starts for Emma.

You can want the best for people, but at some point you have to let them make their own choices and live their own lives.

We can all relate to her funny and irrational rivalry with Jane Fairfax. There’s always that one girl that completely gets under our skin — usually because we think our friends like her more than they like us.

Like his name implies, Mr. Knightly is a perfect gentleman. Sometimes annoyingly perfect. You know that guy who’s nice to every girl, even the ones we hate? Just remember, that’s what makes him such a good guy, and that’s why we love them.

Knightly’s also the only one who can criticize Emma, because she respects him. Of course, Emma only realizes she loves Knightly when she thinks her friend likes him too.

I’d say after that the claws really come out, but this is a Jane Austen novel after all.

In the book, Fanny Price is kind of a joy kill and a snitch. Even Jane Austen knew Fanny would be unpopular when she wrote her.

True, she doesn’t have the sparkling wit and charm of Lizzy or Emma. It’s easy to treat her like wallpaper — and the people of Mansfield Park do.

When love-interest Edmund is beguiled by the novel and seductive Ms. Crawford, he literally drops Fanny like a hot potato.

What girl can’t commiserate with the agony of watching the boy she likes flirt with another girl? Yet Fanny never gives up on stupid Edmund, even when he’s practically giving her away.

Us girls are torn: we want Fanny to hold out for Edmund. Buttttt at the same time. Henry Crawford is kind of a hunk. He can’t be that bad, right?

That’s what’s so great about this novel.

The good guys are not so obvious. And neither are the right choices. All you can do is be like Fanny and listen to your heart.

Anne is of low standing in a high ranking family. She’s quiet and often introduced as “only Anne.” Like Fanny, Anne is pretty much unacknowledged.

But she’s level headed and reasonable where other girls are not. In fact, the one girl in the book who IS headstrong, Louisa, winds up getting seriously hurt.

Anne gets talked out of marrying Mr. Wentworth at a young age. When he appears ten years later, having made his fortune as a captain in the navy — well, you can imagine the tension. Like seeing that guy you refused to date in high school who turns out to be actually really hot.

Still resentful, Wentworth ignores Anne and even goes so far as to flirt with Louisa just to make her feel jealous.

Yeah, it doesn’t feel nice. Like the title implies, Anne gets persuaded out of two marriages and almost persuaded into another before the book even ends.

This begs the question, is it good or bad to let yourself be so guided by other people? Is it better to be with the one you love or listen to all the voices telling you not to be?

Either way, the story could have ended very badly for Anne.

Everything turns out for the best, and it seems like Austen is saying the love that is denied at first will be better the second time around — more tested and mature.

The most lasting thing Persuasion taught me was this: if you lose something and you are lucky enough to find it again, hold on to it and never let it go.

Catherine is Austen’s first and youngest heroine. She is naive and trusts everyone, but she starts realizing real quick that actions speak a lot louder than words.

This is Cathy growing up. Think summer vacation: there are parties and daydreams, false friendships, and of course, boys.

Unlike some of Austen’s more broody or good natured love interests, Mr. Tilney is cocky and sarcastic and so fun to read.

Cathy has a problem a lot of us girls have. She reads too many novels, and as a result, romanticizes and sensationalizes everything.

Kind of like how we all wanted to believe vampires and werewolves existed after reading Twilight — and why some of us are still holding out for our very own Edward Cullen.

Austen says making drama isn’t just bad, its dangerous. What ensues is perhaps the most epically embarrassing encounter with Mr. Tilney in a forbidden part of Northanger Abbey, and we can all relate to just wanting to curl up and die of shame after being called out by our crush.

Elinor and Marianne are two sisters both rejecting and learning from each other as they begin to find and fight for their versions of love.

If you have a sister, you can relate to these joys and pains. Maybe you’re Marianne, who’s free with herself and open. Or maybe you’re more like Elinor, who’s guarded and cautious.

One sister is too much sense, the other too susceptible to emotion. Austen doesn’t say who’s right or wrong, only that balance between the two is necessary for felicity.

In this book, Austen says that words are easy, but it’s what you do that makes you who you are.

For instance, Edward and Willoughby easily could have been the same guy. They both tangled with girls they didn’t really care about. It’s what they do afterwards that makes one a gentleman and the other a scoundrel.

This book is a life lesson in “If it’s too good to be true, it probably isn’t true.” It’s an easy mistake to make. Every girl, like Marianne, falls for Willoughby the first time.

He’s obviously a dreamboat on paper, but  it’s the less flashy suitor who’s faithful and gets the girl in the end.

So there! Who says nice guys always finish last?

7 Recommendations For Those Who Still Aren’t Over Pride & Prejudice

Women Should Love Jane Austen More Than Ever

13 Classic Love Quotes From Shakespeare And Beyond Translated For Tinder