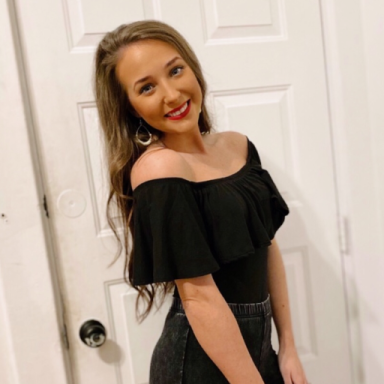 She would understand if you left. She never expected you to stay.

She doesn’t have that sparkle in her eyes anymore because love doesn’t look the same to her. She feels hurt. She’s afraid to accept happiness because she was let down constantly. She gave up. Now, she’s just numb. So please understand the girl you’re fighting so hard for hasn’t had someone to fight for her in so long. She forgot how it felt to be wanted. She accepted the fact that she was hard to love and quit expecting people to stay. She thought it was okay to feel the pain she felt. She just quit trying to understand. She quit trying to figure out why love never was her thing, she just woke up every day blaming herself.

If you want that girl who’s hard to love to stay, be there for her. Keep buying those flowers. Keep texting her good morning and letting her know you are thinking about her. Keep trying to find ways to make her smile, because you have no idea how badly she wants to give you a chance. Keep giving her compliments—she’s not felt beautiful in a long time. Give her trust and let her know you are there to listen, not judge. Be her shoulder to lean on. Let her be herself, let her act silly and laugh way too loud and don’t try to change her. Understand that she’s one of a kind and she just wants to be understood. She won’t expect you to stay, but she wants you to. She doesn’t mean to scare you, because she’s afraid of you too. When she’s crying, don’t be afraid to hold her, because she wants to feel safe.

She’s not all that bad, really. She wants to be happy; she wants you to change her mind. She wants to feel normal again. She wants to know that she deserves happiness too. So please don’t give up on that girl who’s hard to love—she’s trying.