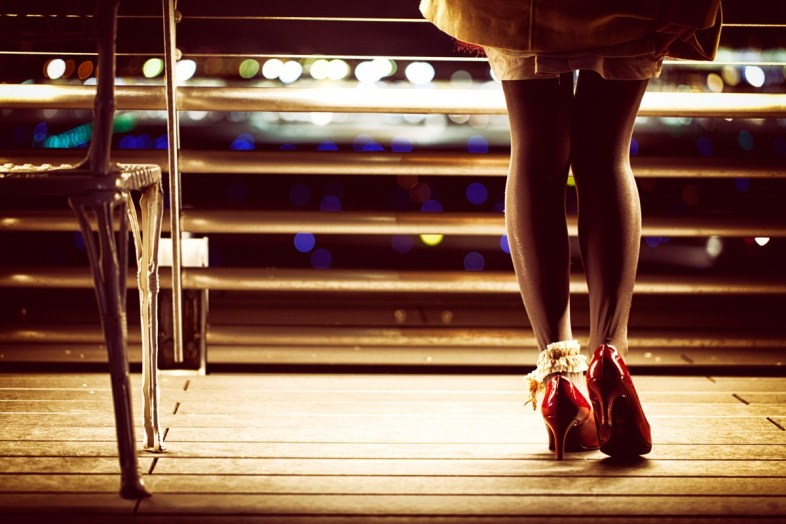 1. Thongs Are Not For Everyone

I advocate for self love. I am a fan of cherishing yourself as you would your beloved because you, dear reader, are deserving of every ounce of happiness that comes your way. I am a promoter of lifting yourself up and doing what is best for you. In order to accomplish all of that, however, I need the world to stop spinning the lie that thongs are viable underwear. Remove the slip between your cheeks and comfort your abused butt with some comfort in form of literally any other type of underwear. Love yourself and stop cramming a half inch piece of fabric up your ass in substitution for the wedgie that you’ve been brainwashed into loving. Unless you’re training in preparation for some sort of porn-esque sex marathon, you don’t need the torture trap that is the Victoria Secret thong collection. Whether you go commando or Granny style, anything is preferable over pretending the underwear equivalent of string cheese is comfortable.

2. Kris Jenner Is The Thread Of The American Tapestry

Say what you want about the Kardashians making a profit off their savvy business in fashion and crying for cameras, but you can’t deny that Kris Jenner is a diabolical mastermind and a talented businesswoman. The truth is that we’ll never know what happens behind the camera, so judgment on their personal lives boils down to the personas that they offer for media consumption. Still, I like to think that Kris Jenner is the type of mother who is stern with her discipline while also open and inviting enough to shit talk boys with. Her public adoration of her children is nothing short of heartwarming and her investment in their success and happiness is admirable. Between being a Momanger and a lover of Christ and life, it’s truly a treasure to witness her Instagram Kendall’s selfie for the third time in a day. Kris Jenner is the most underappreciated treasure of today’s culture and I have no shame in wishing that she had birthed me into her Krazy family.

3. Online Quizzes Are The Backbone of Modern Society

The period between adolescence and adulthood is one filled with turmoil and confusion. The struggle to identify yourself as a worthy individual is a challenge that everyone struggles with and a quest that only you can embark on. It’s a journey filled with ups and downs in the ultimate search for acceptance and self-discovery, but as we tread into the golden years of the 21st century, the mission for answers has finally eased with the aid of the Internet and their well-stocked arsenal of Taylor Swift GIF’s and witty headlines. If you ever find yourself in the midst of an existential crisis regarding your purpose on this inevitably doomed to collapse excuse of a planet, the web is here to provide you with the resolution that you’ve been longing for. Last I checked, not even your pastor could tell you how long it’s been since you had intercourse based off ice cream flavor preferences. Albert Camus never would’ve succeeded as an author if he had lived in today’s time.

4. Do Not Overspend On Groceries Because Bread Shouldn’t Be That Expensive

Unless you’re Lucius Malfoy and you need wheat harvested from the fields of God’s private farmland to feed your array of delicate swans, I recommend not spending more than $4 on bread. I have nothing else to contribute this section except that we are in an economically fragile time and now is not the time to splurge on fancy bread whose brands you probably can’t pronounce.

5. Young Adult Literature Is Important And Your English Teacher Is Wrong

Never trust a human being who finds YA literature redundant and tasteless. There is a high percentage that this person, who most likely considers themselves to be superior because they’re still sucking the remains of George Orwell’s ass, has never treaded past the section of YA literature past The Hunger Games and Divergent. Unknown to this person, YA literature comes in a huge variety of forms and addresses many important issues that aren’t discussed many other places: Asexuality? The struggles of being mixed race? The emotional trauma of being bullied? These are glimpses of the various issues that contemporary young adult literature addresses while Fitzgerald and Hemingway were still debating whether or not women had souls. Furthermore, it’s extremely telling when someone automatically loathes a genre that is geared towards the stories of young adults. It’s essential for teenagers to hear that their experiences are valid in a culture where grown men are applauded for tearing them down. Yes, I’m talking about your racist high school teacher.

6. Heteronormativity Is Overrated, Or Says A Straight Female

As an avid follower of romantic comedies that cater to the heteronormative (a fancy word for “people thinking romance only revolves around the Suzy and Jims of the world”) propaganda shoved in our faces, I admit that I am guilty of contributing to the excessive amount of straight white couplings on our screens. Still, it’s entirely unfair to anyone of other sexual orientations to be continuously swept under the rug. As entertainers and creators, it is our obligation to produce content that will break the mold of what’s already overused and trite. It’s not groundbreaking to repeat the same story of girl meets boy and have sex at 9pm every other Wednesday as a happily ever after. The world is constantly evolving and as a result, entertainers should be more open to telling the stories of real people. It’s offensive and borderline lazy to assume that any romance worth telling must be heterosexual in nature, and being consumers of pop culture, we should demand better. As a dear friend aggressively texted me while I was brushing my teeth, “I could be reading about gay Frenchmen engaging in BDSM instead of this nonsense.” The moral of the story? Don’t underestimate the value of Les Mis fanfiction.

Look, I get it. Your mother will never be satisfied with your life choices due to unrealistic expectations brought on by a warped, cultural understanding of what success is supposed to be. They are suspicious of every friend that you’ve ever had and would probably be a member of the Republican Party if they weren’t also as equally suspicious of white people. There’s a high chance that they never told you “Good job” or “I’m proud of you” in your entire life unless muttered sarcastically under their breath as you fail to live up to their hopes and dreams for the thousandth time. However, they probably neglected their own wishes and wants for you to pursue an education and sacrificed more than you will never be able to comprehend. Cut them some slack because it’s not easy to be a foreigner in a country that boils down their heritage to a punchline in How I Met Your Mother.

You know what you got yourself into. You know his profession. You should know better, but your thumb has a mind of its own and has said to society, “Fuck it. I’m going to take the risk and see what kind of pussy James Deen is posting today.” As Snapchat loads, your mind fills with dread. Is it his cat? Please let it be his cat. Your treacherous fingers hover over his name and you send one last prayer to God take pity on what remains of your street cred. At the last second before the story loads, you realize with horror that you forgot to turn the volume off. It’s a picture of blurry naked man with a caption that you don’t feel comfortable saying out loud while still living with a parent. You never return to that coffee shop again. This is the thought that consumes you at night.