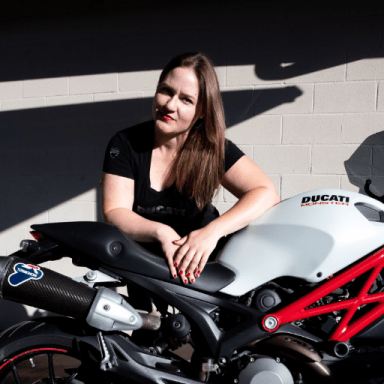 I sat in the bubbled bathtub, tears leaking out of my eyes as I gasped for air. It was a Tuesday night and I needed someone to talk to about how much I wanted to be anywhere but here. I opened my phone, looked at the “favorites” section, and finally recognized that I was missing someone in my “favorites” contact list. My mother.

It was not an oversight. I realized that in this moment of despair, I should have been able to reach out to my mother, hear a soothing voice on the other end of the phone, and be reminded of just how amazing I am. Unfortunately, this is never the case for me. No, my mother has not passed away or disappeared from my life. I am the daughter of what some call an “unloving mother.” An unloving mother is characterized by the withholding of affection or praise as well as being “aloof” with regard to her children while they are growing up. This is not the same as neglect or abuse, but rather often goes unnoticed because the child’s physical needs are often met on the outside.

However, if you have ever felt like something was missing in your life, here are five signs to identify in yourself that might mean you are indeed the child of an unloving mother.

Children of unloving mothers are not given the appropriate interactions growing up to gain self-confidence into adulthood. This can manifest itself in many different ways but is related to an unloving mother who is emotionally absent from her child’s life. An emotional absence from an important family member creates one of two reactions in the child. One reaction might be that they become an overachiever in order to “win” emotional attention from an unloving mother. The second reaction is to “give up” and come to terms with the fact that the child will never be “enough” and therefore is unworthy of emotional attention from the unloving mother. Either way, these two reactions result in the child feeling like they are never enough.

Think back to a time when your mother embraced you. An embrace is more than just a hug to greet you. Are you already struggling to think of a time like this? If you can imagine an embrace, what did it really feel like? Really think about how it felt to be embraced by your mother. For many children of unloving mothers, the embrace is described as physically comforting but emotionally empty.

3. You have a hard time developing and maintaining relationships with others.

5. You feel incredibly alone at your most vulnerable moments.

Think of a time when you felt particularly vulnerable and needed a shoulder to cry on. When you felt at your lowest, who did you think to call first? Were you hesitant to bother anyone with your problem? What feeling arose in that moment? When you are feeling vulnerable, it is healthy to reach out to others and find comfort in them. However, when you are the child of an unloving mother, you may have been made to feel guilty for wanting to lean on her. Maybe she was “too busy” to comfort you or maybe she wasn’t even physically present when you needed her the most as a child. Whatever the reason for her emotional absence, you learned that being alone with your worries and troubles was somehow better than reaching out to others and annoying them with your emotional woes.

These five hallmarks of an unloving mother are not comprehensive. There are many other effects of having an unloving mother which manifest themselves in adulthood. While we cannot change the past, we can look for ways to begin healing ourselves from the inside. This healing does not happen overnight, but you do have the power to make small changes and begin healing.

I never pass up the opportunity to pick up money off the ground.