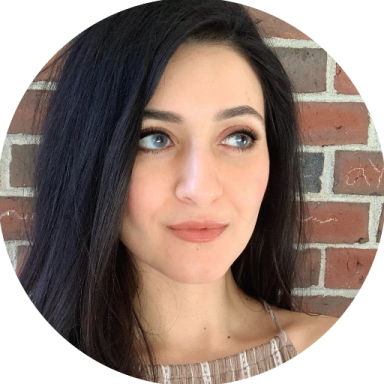 There’s a breed of people out there who are wired to hate on your every move. I think one of the biggest lies we’re often told by people around us is that they’re genuinely happy for our every success. And don’t get me wrong, success isn’t just about work accomplishments. It’s mental clarity, peace of mind, social awareness, being introspective enough to become a better human than we were yesterday. It’s about being truly content with what we have, that it inspires others to be the same. Yet when we work so hard to achieve a semblance of satisfaction in our lives by reaching our most hard-earned milestones, people’s true colors start to show. And sometimes, they’re not so pretty.

I’ve never met a person who had it all. I mean all of it—every little ingredient in the recipe that is a perfect life. I view the circle of life as just that—a literal circle—except it’s unfinished. And if you look a little closer, some people have bigger gaps than others. Some people have great jobs, but fail to maintain good relationships. Others have great relationships, but not a great family. Some have everything they desire but can’t enjoy it. Others don’t care for material possessions and are grateful for the roof over their head. Some are born with natural talent and no drive, while others are born with little talent but work double time to achieve their goals.

They’ve already decided that they’re somehow inferior, or that they lack some desirable trait.

The thing I’ve come to realize is, those with incomplete circles don’t realize that the rest of us are also in search of our missing elements, yearning to complete our unfinished circles. So, they start to compare and project their shortcomings onto others. Envy insidiously starts to creep into their thoughts, and suddenly, they’re consumed with everything you have that they do not. They become blinded and forget their blessings though they have a lot to be thankful for, like experiences, memories, life-lessons, friends, family, personal strengths, and health.

Instead, they’re fixated on anything and everything else around them: other people and their things, their accomplishments, their skills, their personal growth, their milestones, their relationships, and their lifestyles. Through this unending list of comparisons, they’ve already decided that they’re somehow inferior, or that they lack any desirable attributes. And humans plagued with an inferiority complex will unrelentingly find a perceived fault with any and everything you do, even when you’ve done nothing wrong. They’ll argue with you for the sake of arguing. They’ll project their inner flaws and shortcomings onto you. Moreover, as this dangerous path winds, it slowly closes in on them and sucks them into the unending vortex of unhappiness and feelings of failure.

Yet the remedy is so simple, and so attainable.

It’s the key to rewiring the brain to think positive thoughts. It’s the ultimate way to see that life is plentiful and not empty.

There is truly a secret to happiness, and it lays unclaimed by those who aren’t in search for it. It’s the key to rewiring the brain to think positive thoughts. It’s the ultimate way to see that life is abundant, and not scarce. It forces us to see clearly the things that we do have going for us, instead of the things we don’t. It’s the ultimate gamechanger. It’s called gratitude. And it’s magical. Those two simple words, “thank you”, can have a dramatic impact on our lives. Few people are taught the inner workings of how practicing gratitude daily can infuse so much power into our lives.

While I’m blessed with a healthy network of people who love to cheer each other on, I’ve come to learn that even the most serene among us feel a tinge of jealousy sometimes. But a true friend or ally will put that aside and show their genuine happiness for you, and channel it into a drive that inspires them to continue to work on their own success. While feelings of envy from those closest to you are toughest to cope with, there’s still some hope. Once you recognize it, it starts to lose its sting. It enables you to see them for who they truly are, and recognize what they have shown you all along. It allows you to stop making excuses for them. It doesn’t, however, absolve you of self-examining your own behavior. You may choose to applaud them more, listen more, be more present, highlight areas where you don’t compete. Or you may choose to distance yourself if this is a toxic trend you’re noticing. But the best way to handle it is to let it go, and continue to rise.

You will undoubtedly comfort them in doing so, but it will come at the expense of the war that will erupt within you. And you will be defeated.

For good measure, don’t under any circumstance, diminish yourself to please or make peace with anybody, no matter who they might be. You will certainly win them over, but it will come at the expense of the war that will erupt within you. And you will be defeated. Dare to be all that you want to be. You are far too bright a light to pale in someone else’s shadow.

Endless stream of thoughts in a forever-searching mind.