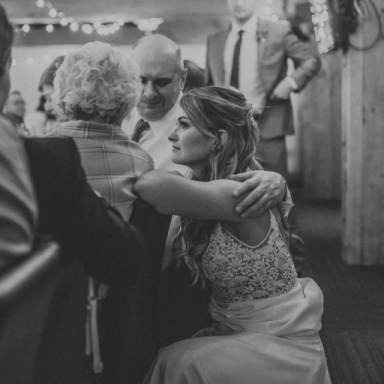 I ask as I put my arms around my husband from behind the couch. Surely, he knows what this means. It’s 10 pm on a Tuesday and it’s been a week since we last went to bed together.

Fast forward a month. He never really came to bed.

When my husband and I first started dating, we were in our very early twenties in our university days. There were 1,000 things to do each day, including each other.

My husband is now 32. We have been married for just about two years. We have a dog, no kids, an apartment, a pandemic, and a PlayStation (Not the PS5, what kind of self-harming wife do you think I was at Christmas?)

When the pandemic started, I knew my normally social husband was going to struggle. As an introvert myself, I was secretly excited at the foreseeable canceled plans in my near future. My husband, however, was over it in about 90 seconds. Once sports were off the table I knew we were in trouble. He needs about three things in life to be happy: people, pubs, and sports.

All three things were gone in a manner of two weeks.

Then he came home with the PlayStation.

At first, I thought nothing of it! How naive of me. Next, my husband who I have been going to bed with at the same time for the last six years started to stay up later and later. Midnight turned into 2 am, his morning moods got worse and worse.

I genuinely don’t consider myself to be a nag. I really and truly don’t. That PlayStation though has got to go. Not only is it ruining our normally frisky sex life, it has invaded itself into our daily lives too. When we weren’t at home, my husband received messages from his friends asking when he’ll be, “back to game.” He’s spending money on new virtual “weapons” and lost interest in his old hobbies he once had. This includes me, in bed, or anywhere else.

I have a high sex drive and I am proud of this. It is something that is extremely important to me in a relationship. So, perhaps I am being hasty here, but two months with one moment of physical touch? It’s enough to drive a girl to blog about it.

So what is my plan?

I’m going to give it time.

I know, I know. This isn’t a strategy and this probably isn’t the answer that you wanted from clicking on this piece. You wanted answers! A story! A triumph!

Honestly, the worst thing that happens, is that thing ruins my marriage.

It is not my responsibility to tell a grown man when he has had too much screen time. If I wanted a kid, I would have one. No matter how badly I want to throw that thing off the 3rd-floor balcony some nights. This will play out as it is meant too and I refuse to be someone who forces another human to “spend time with them.” For now, thank god for vibrators and special history deleting worth websites.

I know my husband and one day he’ll wake up and never have the desire to play that damn thing anymore. Which will mean that he’ll play with me again.

Anesthesia, Weekend Beers, UC. Sums me up, now I’ll write on anything.