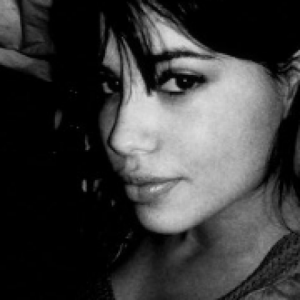 I was standing at a bar with a friend when John Mayer’s ‘Daughters’ came on. I hadn’t really given this song a proper listen since like, 2003, when I was too preoccupied with my breasts (or lack thereof) to figure out what he meant by it. But that night at the bar, between two vodka tonics and a cloud of smoke, I became fixated on that one line in the chorus: “fathers be good to your daughters, daughters will love like you do.”

If you listen to the song, perhaps stoned or just mildly depressed, it becomes blatantly obvious that John was in a relationship with someone that suffered from a bad case of Daddy Issues (I’d want to guess Jessica but their moment happened years later). Anyway, John’s girl had a very absent father figure and was consequently unable to trust the men in her life. This caused an inevitable rift between her and John and probably the guy after him, too. John knew this and wrote a critically acclaimed, Grammy Award winning hit about it.  Millions of girls in America felt understood.

I guess it would only be fair to note that I don’t come from a “broken” home. My parents just celebrated their 26th year anniversary and the only time I could remember my father leaving me was at the breakfast table when he was running late for work. Basically, I shouldn’t relate to this song.

But with Father’s Day right around the corner, I began to wonder if the song is more than just a cautionary tale of the Dead Beat Dads of America. Instead, is the message as much to fathers as it is to daughters? What I mean is, perhaps John was trying to make his girl understand the root of the issue. Bring it to her attention; make her get it.

Naturally, this made me ask: is there a connection between the relationship I have with my very-present father and the men I fall in love with? With popular sayings like “women marry their fathers and men marry their mothers,” this might seem obvious to some people, but I had to give it some thought.

At a glance, my first boyfriend was the opposite of my father.

First Boyfriend was tall, lanky and had a head full of dirty blonde hair with gorgeous green eyes. My dad is relatively short, technically overweight but awesomely huggable and has eyes as dark as night.  Even their upbringings were vastly different. First Boyfriend was born into a wealthy Jewish home–the polar opposite of my father’s humble upbringing in a small town in South America.

With each passing birthday, Easter and Christmas, my relationship with First Boyfriend became more serious. Despite his presence at my house having become a regular deal, my father never let himself get too close to him. It was almost as if he had to keep him at a safe distance, perhaps knowing that young love is often fleeting. But sometimes, when I’d catch a glimpse of them sharing a laugh over a beer and ribs on a perfect Saturday afternoon, I knew my father liked him. He could see his younger self in the boy that I had fallen in love with. Despite their differences, there were similarities; they both laughed at their own jokes louder than anyone else in the room.  They were both kind and generous–even when they didn’t have to or couldn’t afford to be.  They both made me the center of their worlds.

When things went very south with First Boyfriend, I cried in my room for weeks. My father checked up on me every night and unlike everyone else, he never once badmouthed him or tried to diminish our relationship to make me feel better. Instead, he’d tell me that that’s life, and this probably wouldn’t be the last time it would happen, but that I should be thankful, because he was a good guy.

The checklist I have for the men I date appears to be standard, if not, idealistic: kind, respectful, honest, ambitious, and compassionate. Is it a coincidence that these are the very attributes that make up my father? Maybe. One guy I dated didn’t handle a particular situation very well and I found myself deeply disappointed, standing there wishing he had handled it more like… dad would. When we’re scanning a room full of potential soul mates are we searching for familiarity in strangers faces?

Maybe I’m looking too into this and it actually isn’t about any of these things. Maybe my relationship with my dad is a very separate thing from my romantic relationships. Maybe it would be unfair to credit him for both successes and failures in my love life. What if John and his girl didn’t workout for another reason completely? Maybe he would have written another version of the song: boyfriends be good to your girlfriends, girlfriends will love like you do.

Her writing has appeared on a variety of online and print publications. Read more of her work at her personal ... Read more articles from Sandy on Thought Catalog.

The Struggle Of Being A Fatherless Girl

This moment, too, is worth living. Please, allow yourself to accept the goodness of this moment— whether happiness comes to you in the form of a hot mug of coffee, wearing comfy clothes while reading your favorite book, or doing nothing at all. Accept that this moment is your moment to enjoy, just like any other.

5 Ways I Plan To Teach My Daughter About Her Body

A Love Letter To The Women Who Stuck Around

30 Motivational Stories To Push You Forward In Life