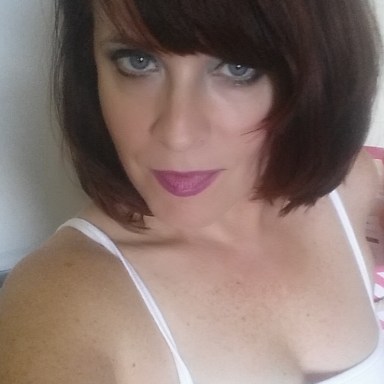 I’m sitting on the plane, thinking about Him. Thinking about us. Wondering what the FUCK we’re doing. Listening to Jeff Buckley’s gorgeously lush version of Leonard Cohen’s song, Hallelujah:

That song, which captures how beautiful but messy human emotions can be, really speaks to me right now. I feel torn between ecstasy and guilt. Caught between hope and confusion.

I knew we shouldn’t have gone where we did… we shouldn’t have even dipped a toe into the river. Instead, we impulsively tossed aside all misgivings, said to hell with it, and let ourselves go. We immersed ourselves in and indulged our passions. On some level, everything unfolded totally predictable. Despite our vows of propriety, there had to be an outlet for the sexual tension that had been building up over three weeks and 3000 miles.

During that time, uncontrollable, dangerous desire hung in the air between us, but there was more than that. We could talk for hours about everything under the sun. Every conversation left me feeling understood and secure in the knowledge that some other human out there “gets” me. It left a deep imprint on me that took our connection beyond mere lust.

How could it be otherwise, that once I was back in His presence, my promises to behave myself fell by the wayside? I lost all will power, the moment my eyes once again locked onto His.

Squeezed into my airplane seat, I’m obsessed with explicit memories. I can’t help but lounge recklessly, recalling the way He pushed me down on the bed… my unspoiled, smooth ass pointed up at Him. I remember the view of Him from the corner of my eye, standing behind me, grabbing the flogger. I, in turn, reach for the pillow at the head of the bed in expectation and pull it down towards me for comfort.

Like someone possessed by fever, He pushes my dress up around my waist. Fuck it, I practically order him in a fleeting moment of domination, just take the damn dress off. I stand up just long enough to pull it up around my head and throw it down on the floor, then lean and stretch like a cat, ass up, back down on the bed. Now I’m clad only in my beige, lacy French panties.

He begins flogging my back. I wince at the sting. In between snaps, He comes near and whispers into my ear:

“That is up to you Sir, to decide whether I deserve it or not.” I want to say the right thing to make Him kneel between my legs. I’m craving his tongue so badly. My clit is tingling in anticipation.

“No… I think you need to be disciplined much, much more first,” He growls.

He puts the flogger down and picks up a paddle. Next thing I know, He is spanking my ass soundly, intermittently stopping only to pleasure me with deep, soft, sexy kisses to my lips and face. Once He is satisfied that my ass is nice and red, He replaces the paddle with the flogger.

He continues with the flogger for another fifteen minutes or so. One of the hot, burning snaps whips around to my front and punishes my right breast and belly. This makes him turn me over, to inspect the budding pink weal forming on my torso. He traces it with his finger.

I gasp as he spreads my legs apart and begins licking me. My pussy tingles and drips under the possession of His mouth… the way His tongue devours my pussy, twirls on my clit and inserts itself into me drives me crazy, and I buck forward to force it inside as deeply as it can go.

As I think these terrible, forbidden, lustful thoughts, I’m filled with deep longing. All I want is more — more of His kisses, more of His body and more of His dominance. I fantasize about it. I dream about it. I suppose I want it as badly as Eve wanted what she knew she could not have.

My desire begets fear, though. I’m afraid that if we continue, I’ll be trading short-term happiness for long term pain. I’m afraid that, because what we have feels so fucking good, I’ll rationalize away what I know I simply cannot tolerate. Our connection is too deep for me to be satisfied with anything less than what I know I deserve, though. Since I can’t have that, I know that I’m going to have to let go. Let go now, since I’m destined to lose later, anyway. This knowledge weighs heavy on me as I stare out the window, my reluctant mind becoming dizzy as the plane cuts through the wall of endless, floating blue sky.

Sandra lives in Philadelphia, which is just like New York, only cheaper.