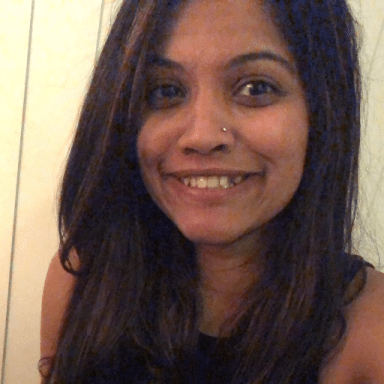 Around the time I had just moved to Australia, my partner and I went out to dinner with a girl he’d known since his childhood years and her significant other. Let’s call them Pam and Ted. The night went on swimmingly well, as it does with easy humor and good food. Pam was a nurse and Ted worked with an accounting firm. They had just built their house and were excited to share with us, a couple of newlyweds, why it was the most sensible choice economically. Pam and Ted had met in Brisbane as uni students. Between each other, they shared a decade’s worth of experiences, two years of marriage, and many mutual friends. Both their parents lived at a reasonable distance from their new place. Despite all this compelling evidence, I felt the need to ask them if Brisbane was home or if they’d ever consider moving at some point. That’s what travel’s for, said Ted, and soon we were discussing the bad leg space on Jetstar flights. Hours later, as we were settling the bill and making our way out, we wished each other well and hoped to do this again sometime.

If you had to take a guess, how many of you think we met again in the next one year?

If you guessed zero, you might know a thing or two about adult friendships.

I took it well with Pam and Ted only because this dead end was not new to me. It is rather common when trying to make friends as a transplant with a local. No matter how well you get along or how great that one-hour coffee meet goes or how many things you seem to have in common, the spell breaks when the meeting ends. There will be no effort to develop a friendship out of it, or even if there is, it might be one-sided.

It’s not that Pam and Ted were being fake or lied about having a good time. They’re just very, very comfortable. There’s no place in their lives for anyone new. They can’t be curious about a new person or a new friendship. They don’t need you.

It is even more unlikely for people to be empathetic when they have never had to be seekers. You see, there’s a deep set notion that friendships are supposed to just happen, that it is something entirely fateful. Your earliest friendships probably were! At the playground? Over a shared cry at daycare? While grabbing the same crayon? It continues in that arbitrary way from playmates to classmates to colleagues. It is only when you no longer have institutions of work or study that it becomes necessary to meet people or choose your company. But by this time, most people have their people. Not a lot of true friendships start in uni! All the international students reading this, even if you did start a friendship here, it was most likely with another international student but rarely with a local student, right?

Years of being in that position of wanting to be accepted made me register legitimate friendship as something that had to be nostalgic with childhood beginnings. This person would just be there during all of life’s highlights, and with him or her, words didn’t need to be said. I didn’t have such a friend, nor was I this friend to anyone. My life must have been lacking in some way, because this is the special kind of friendship that has been romanticised for years and years in books and movies.

I am here to tell you something that popular culture doesn’t touch upon, so listen carefully.

There is a whole higher dimension of friendship that is born out of seeking kindred souls. People who light a fire in you. Anyone can light a fire in you if you can be curious about them. You don’t need to be unsatisfied with your present to seek something different. Sometimes looking for something new is a way of trying to grab at the abundance that this existence is.

Once you’re an adult, you don’t evoke people’s kindness and curiosity by just existing. Because people can often be indifferent or even a little scared. If moving to a new continent and making friends is your fearful reality, to some, this is the change that feels uncomfortable. To really open their minds and hearts to someone unfamiliar.

I love Internet friendships for this reason. An online persona somehow allows for more depth. There’s a recklessness in emotional intimacy that comes with a username. You are judged for what you say and think and not by six degrees of separation.

Becoming Pam and Ted is my biggest nightmare, but the truth is, many of our lives become insular way before marriage and kids. Maybe it’s time to let friendship happen at random once again, fuelling the chase with nothing but a desire for deep soul connection.

Why Is ‘The Office’ Screwing With Jim and Pam?