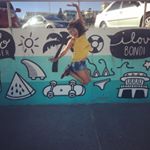 We’ve all been there — we had our hearts broken in such a way that the only plausible solution seems to be finding a sense of validation in the arms of a stranger after a night out with the girls. However, this ‘validation’ that we often crave and search for usually consists of the stereotypical walking mistake. You know the kinda guy I’m talking about — the one with a killer smile and a list of exes longer than your Starbucks order.

The definition of a classic rebound.

The definition that endless movies and rom coms have brainwashed us into thinking is the natural route to recovery after heartbreak. The kind of guy who you’ll lock eyes with from across the room and, amidst the haze of confusion, bond over fabricated stories of each other’s lives. A story that you both know is woven from a string of made-up events so that you’re unable to form a real bond with each other. For fear that you may end up alone again as you drunkenly pick up the remnants of what’s left when he walks away, which you both know is an inevitable outcome after a one night stand.

What if, instead of going down a path of inevitable self-destruction, you took the time out to build onto a somewhat romantic base with the nice guy instead? It may not lead to a healthy relationship from the start because you’ll still be healing from the pain of your past, but when you do heal, you’ll have something to go back to with this guy because you’ll have a base to build off.

After all, he was with you in the trenches and saw you at your absolute worst. So you damn well know that he’s going to be there with you as you work towards reaching your peak.

What happens when you mix an engineering major with a creative mindset who’s always getting herself into awkward situations? The strategic chaos is born. It’s what a love child between Mindy Kaling and Mark Cuban would look like. With Kevin Hart as side piece.