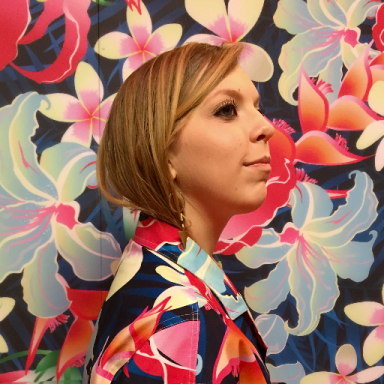 The night of the 2016 presidential election, I threw a party. I bought a crate of champagne (“We’ll open the first bottle when we win Florida!”), ordered pizza, and invited friends and neighbors over to gather around MSNBC and celebrate our own progressiveness.

The night was a blur. I know at some point I was handed a tequila shot “for my nerves.” I vaguely remember sitting on my roof as friends chatted about work, wondering how they could focus on anything other than Pennsylvania and Wisconsin. By 11 p.m., everyone quietly cowered home, or, for many, to the bar.

We never opened the champagne.

Around midnight, I put myself to bed. Trump had a 95% chance of victory according to Nate Silver and his ragtag group of traitors. Hoping to miss his acceptance speech, I cried myself to sleep like an overstimulated toddler. When my alarm jolted me awake the next morning, I was puffy-eyed from tequila and tears. Still wearing my Nasty Woman t-shirt, reality washed over me the same way John Green described falling in love—slowly, then all at once.

My boyfriend, painfully hungover, but also probably still drunk, groaned in annoyance. He wasn’t going into the office, he mumbled, face smashed against the pillow. Then he abruptly rolled over to signal the end of the conversation.

I had to go in. I couldn’t lie in a dark apartment alone with my thoughts. So I walked to the train, still in shock, desperate for signs from my fellow New Yorkers that we were fine. I was a seventh grader in suburban Atlanta on 9/11, but I imagine that day felt similarly—the same mix of denial, anger, sadness, and bargaining as the stages of grief swirled together in a cocktail of agony.

The corner coffee shop was empty. No cars honked. Pedestrians, few and far between, shuffled in silence. And the usually chaotic subway had plenty of open seats to choose from.

As I settled into my downtown commute, I noticed the young woman sitting across from me was sobbing. Not a single tear or a sniffle, but a deep body cry, her muscles as tight as a drum, moaning in pain. She was my validation that I wasn’t crazy, this was a crisis, and the horror was real.

I stared at her and cried while she stared at me and cried. No need to look away in shame. The older man next to me in his wrinkled suit rubbed my shoulder. “It’ll be alright,” he said, “we’ve survived worse.” I welcomed the invasive gesture. He handed me a tissue and put his sudoku puzzle away.

The numbness shared on that train car was palpable. This would be really beautiful if it weren’t so goddamn terrible, I thought.

The workday was a joke. Brainstorming themes for a Comic-Con activation felt grossly out of touch. Would there be a Comic-Con in Trump’s America? Would there even be joy? I sent an intern home early because she didn’t seem affected enough, a clear sign of a Trump supporter quietly celebrating, my paranoia whispered. I only wanted allies in misery.

That evening, still filled with rudderless adrenaline, I skipped the train and walked 60 blocks home. From Flatiron through Chelsea, onto Hell’s Kitchen and the Upper West Side, restaurants and bars sat empty and stores were locked behind makeshift closed signs. I felt like a survivor of the apocalypse. Two teenagers stood at a red light while one read the definition of the electoral college from her phone.

Home again, my boyfriend laid in the same position I left him in 10 hours earlier. I got into bed and cried myself to sleep one more time.

After eight years of Obama, there was an expectation among young liberals that everything would work out in our favor, as it always had. I treated election night like the Super Bowl, down to the greasy food and t-shirt declaring exactly which side I was rooting for (go blue!). Sure, I was nervous to watch each play, but my team always won in the end.

I was embarrassed I didn’t see a Trump victory coming or do enough to stop it. Even as I checked FiveThirtyEight through one eye from under my covers, I lied to myself, thinking, There’s still a chance. We haven’t lost yet. I clung to my beliefs that America was progressive, the greatest country in the world, and the voters would nominate the first female president because she was more qualified.

I’d like to say that I changed for the better as soon as Trump took office, but LOL, no, I did not. I was just angry. I marched in the Women’s March, angry. I watched cable news until my eyes turned red, angry. I doomscrolled through Twitter, angry. I even donated to respected causes like the ACLU and Southern Poverty Law Center, but every action was fueled by rage.

To my fellow coastal elite, liberal snowflakes—we’re privileged. We’ve experienced the benefits of social programs and progressive action that many rural, Bible-hugging, gun-toting conservatives have never seen in action. And even though I’m full of rage, I’m not full of hate.

If Trump wins, I’m just going to get louder. I will march, donate, volunteer, and scream for the rights he wants to deny us—all of us.

And if Biden wins, I will hold his ass to the fire and demand action for continued healthcare reform, investments in alternative energy, and the appointment of progressive judges because, my god, are we still fighting for women and minorities to be treated with the same respect as white men? What year is it?

This election night, there will be no party. And even though I rock Biden-Harris merch constantly, my superstition won’t allow me to wear it on November 3rd. Did my Nasty Woman shirt cost us the election? I’m not taking any chances.

The words of the stranger on the subway ring in my ear constantly, “It’ll be alright, we’ve survived worse.”

I hope he’s right that the darkest days are behind us. However, hope is not a strategy. We have to put our delusions aside and prepare for any outcome. After the election, take a recovery day, whether that’s sleeping in a dark apartment or pacing the westside of Manhattan. But the government will continue to assert its power over us, whether in favor of the majority or against it, so our work is never done.

My TikTok algorithm is dogs, cooking ASMR, and… carpet cleaning.