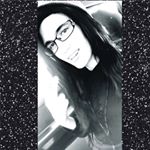 I often find it harder to end a story than to begin one, but when you already know the ending — knowing there’s no changing it, no possible adaptations, no editor’s notes that could make a bit of difference — it’s so much harder to decide where to start. Surely, not every moment is worth mentioning, but undoubtedly, every moment led us here.

I’ll start with this: He was a boy I first loved before he went off to become a man, but by the time he came back, I watched him morph back into the boy I once knew. Both good and bad.

I would have followed him anywhere, and most of the time we were together was because I did. The values, the boundaries, the morals, the lessons I had already learned, they all went out the window when I realized he would leave if he saw me as too boring. I became the person I thought he wanted me to be in order to hold on to him just a little bit longer.

I went from being a recovered alcoholic to someone who drank two-fifths of whatever she could find every night. I went from someone who’s hardest drug she had tried was an old muscle relaxer mixed with cough syrup in high school to someone who smoked cigarettes and marijuana, swore by the amazing effects of cocaine, and regularly became black out drunk in public, resulting in public nudity and uncharacteristic promiscuity. I spent money I needed to pay bills on alcohol and going out. On making sure he would rather be with me than with someone else.

It would be foolish of me to begrudge him my past actions, because for a while they gave me exactly what I wanted. Perhaps we both were simply playing a game neither of us realized no one could win.

If I could go back, I don’t know if I’d say I wouldn’t be inclined to do it all over again. Some of those memories are a few of my absolute favorites, but I’d be a fool to continue to entertain the possibility of him any longer into the future. I have plenty of time left to focus on myself, to learn from myself, to heal myself.

Boys, parties, drugs, clubs, alcohol — the highlight reels we hear about from our friends and families stories of their twenties. These aren’t the things that have to define the rest of our twenties, though. They never had to have a place in our life, but regardless, their time has passed.

I no longer have time for things or people who are not able to serve me at the same level on which I am serving them.

I have a knack for stumbling (literally) into memorable situations.

Defining Your Life Your Twenties