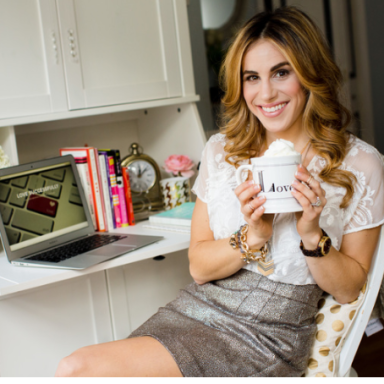 You’re living together, engaged, or married, but you’re ready for an even bigger commitment––homeownership!

The truth is buying a home together isn’t just playing house and making Pinterest boards of dream kitchens; it’s a serious commitment with enormous financial implications. Even couples who are confident and secure in their relationships face turmoil during the searching and buying process, which can put significant stress on your relationship.

In fact, according to new survey data by home financing company LendingHome, sixty percent of millennial and Gen X couples disagreed occasionally, frequently, or “a lot” when buying a house with their partner or spouse.

These findings likely reflect that successful long-term couples have mastered the art of communication and compromise. They’ve had ample time together to learn about each other’s preferences and get on the same page when it comes to what they value.

The LendingHome survey also found regional differences, with couples in the West and in large cities in opposition the most with 31 and 37 percent respectively disagreeing frequently or more.

For busy millennial couples at the beginning stages of their careers and family life, they may be forced to decide between a city lifestyle, including pricey real estate, ample recreational activities, and shorter commutes to work, compared to the more affordable, family-friendly suburbs where you can get more for your money when it comes to property size.

Fear of debt is an issue.

So what exactly are couples butting heads about? The top disagreements arise around the level of debt they are willing to take on (49 percent), the style (46 percent) and size of house (45 percent), and whether or not to renovate (43 percent).

Though loving couples, like Chip and Joanna Gaines of HGTV’s Fixer Upper make renovation projects look blissful, the average couple may be ready to call it quits by the end! Since the majority of couples will repeatedly disagree throughout the process, your conflict management skills need to be in tiptop shape.

First, accept that it’s normal to have disagreements throughout the buying process, so don’t freak out that an argument is a bad omen or sign that you’re not supposed to purchase a house together. It’s important to keep in mind that you’re on the same team and you’re building and investing in a future for the two of you.

Compromise is key to home buying together.

In order to navigate the process smoothly, compromise will be a valuable skill. Similar to dating and finding your perfect match, in searching for your first home it’s important to get clear on your wants versus needs, your firm deal breakers, and ability to analyze the pros and cons. The goal is to align yourselves at the beginning of the search in order to minimize conflict throughout the process.

Though men may be from Mars and women from Venus, with a little compromise you can happily find the perfect home here on Earth! The data show gender differences in housing preferences:

Before you start your search, rank-order the most important characteristics you want in a home. The following six features tend to be important factors to consider—location, price, style of home, size of the home, and need for renovation. Feel free to add any other important factors to your list, then share it with your partner along with any concerns.

If you enter the discussion with the intent to stand your ground, the conversation will quickly turn into confrontation and feel defensive and hostile. Before compromise can happen, both partners need to feel listened to and validated about why their preferences are important.

Are your top criteria butting heads? Compromise is about give and take, so if you both prioritize location, but he wants to be in the city and she wants to be in the suburbs, look to the next two or three highest ranking criteria and see if one person will concede on location in order to get a certain price, style or fixer upper. Once you understand each other’s priorities, you can set realistic expectations together.

To help you get on the same page, LendingHome also offers a free guide with tips and resources on how to navigate buying a home with your significant other.

The good news is that despite all of the stress and potential arguments, 60 percent of the survey respondents said their disagreements didn’t matter in the end, and over 50 percent of the couples reported feeling more committed to the relationship after purchasing the home.

At the end of the day, you don’t want your disagreements and arguments about buying a house to threaten the health and happiness of your partnership. Safeguard your relationship by proactively and open-mindedly discussing what you value most in choosing a home, with the realistic mindset that you may not get everything on your wish list.

Ultimately what makes a house a home is the loving couple living inside of it.

Samantha is a Licensed Counselor and Dating Coach, specializing in couples counseling and relationship issues. For ...

How Math Can Help You Find Love