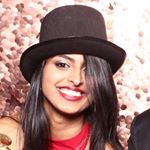 With the start of every new month, one of the first things I do is check my horoscope for any foreshadowing on what to expect. While I was scrolling through one of my go-to sources for astrology, one particular ad on the side panel caught my eye: “Your life is a lie: The zodiac has changed — here’s your (new?) sign.”

I immediately opened the article and found out that a new sign had been discovered a few years ago, which caused all the signs to shift. To my horror, I was apparently a Scorpio instead of a Sagittarius.

My thoughts that followed went a little something like this: “WHAT? My whole life is a lie! I’m not ‘dynamic and passionate,’ I’m ‘philosophical and love travel.’ I’ve always been! I refuse to believe that I’m suddenly a Scorpio.”

I was so annoyed by this sudden discovery, but my annoyance also made me laugh. I can be philosophical, blunt, and enjoy traveling even if my astrological description doesn’t say so, so why did it even matter if my zodiac sign suddenly changed? I started thinking about how something like a horoscope can really skew the way we think. (Case in point: I really am philosophical!)

Growing up in an Indian household, it’s a common practice to have astrology be a big part of any decision-making. From weddings to paying your college tuition, everything is planned around an “auspicious time.” So unfortunately for Indian brides, if the stars are aligned for 5 a.m. on a Wednesday in January, you better forget that Saturday evening spring wedding you’ve had in mind.

The cool thing about Indian astrology is that your “sign” or birth chart is actually very specific to your time and place of birth. But for this same reason, I also always found it hard to keep track of the different stars and what everything meant. I turned to something much simpler: Western astrology. Just figure out which of the 12 zodiac signs corresponds with your birthdate and you can discover everything about yourself!

I alternated between phases of not checking for months or even years and then suddenly looking up every day’s forecast. My phases always fluctuated until I finished school, when I became a full on astrology addict.

“It’s mercury retrograde, so I’m not going to ask for my raise yet, because it probably won’t go well.”

“I would work out today, but I think it would be better if I started on the new moon.”

When I was younger, I just assumed astrology was an old people thing, but now that I’m “old,” I realize why I turn to it all the time: because my life has no plan anymore, and I have no freakin’ clue what to expect next.

School had its moments when I would turn to horoscopes to desperately look for answers—am I going to pass my exams?—but ever since I graduated, there’s now just the constant existential dread of “Okay, so what is the point of all this? Do I just sit around and wait for something to happen?”

As a result, I start overthinking about whether I’m not doing something I should be, so on the first day of every month, I go through all my sources for updates on my own life.

“Oh, I see, apparently I have to be conservative with my money this month, and there’s three days that are great for reconnecting my friendships, so maybe I should just make plans instead of shopping for that bag I want.”

This decision-making process based on a horoscope seems silly in theory, but when you don’t have anything else to work with, why not take guidance from the stars? In this tech-y/Millennial era, even something like dating is just a vague, uncertain process. When you’re relying on an app to tell you whether someone can be your potential soulmate and all you have to work with is “likes dogs and travel,” what better way of understanding the person behind the picture than looking up their sign?

Most would roll their eyes and say, “That’s so stupid. How can you actually believe a zodiac sign would explain a person’s character?” But let me paint a picture: You’ve met someone and you’re both really interested, but you also aren’t sure if it has the potential to get somewhere or if this is just about to be another trial run until you’re ghosted. How do you know you’re not wasting your time with someone that you seem to get along with but is actually a really bad match?

When it comes to astrological compatibility, there are two ways it can go:

Scenario 1: You are a Sagittarius and your partner is an Aries—congrats, you’re a great match!

When Aries and Sagittarius come together in a love affair, it can be a match made in heaven! These partners have much in common—similar energies and interests—and are highly compatible.

Reaction: Omg I knew it! He’s definitely the one!!

Scenario 2 : You are a Sagittarius and your partner is a Virgo—sorry, you’re not very compatible.

The relationship between a Virgo and a Sagittarius is not a usual happy ending emotional story. There are many challenges in their way, the biggest being their emotional lack of understanding and their possible lack of respect.

Reaction: Okay I think they’re wrong because I’m TOO spontaneous and I could probably benefit from someone who is more of a planner. I’m reckless all the time. I need someone patient. Maybe we are different, but that doesn’t necessarily mean it’s bad. It just means we can learn from each other!

Regardless of what the horoscope says, you already know the answer you’re looking for before you read it. Reading it just confirms your intuition further, whether it supports or denies your feelings. Similarly, if you already hated the person and your compatibility was great, you would still find a way to justify it.

“Well, they might say we’re compatible, but it sounds like we both have strong personalities that would just clash. We’re probably just bad energy for each other and need someone calmer.”

You already know whether you like someone or not; you don’t need a compatibility website to tell you that. But it definitely helps to see a “you guys are a match made in heaven” output to confirm your thoughts.

There’s a part in Harry Potter and the Half-Blood Prince where Harry pretends to add some liquid luck potion into Ron’s drink to give him a boost of confidence after a series of embarrassingly terrible Quidditch matches. After Ron leads the team to a landslide victory, Harry confesses that he never added the potion, he just wanted them to believe he did.

Ron didn’t need the luck potion; he already had the talent in him. He just needed to believe he had some extra luck so he could confidently tap into what he was already capable of on his own.

While luck potions are unfortunately not real, the same idea applies when we’re hesitating to do something. Whether it’s asking for a raise at work and waiting for the “right timing” or looking up astrological compatibility and fixing “auspicious” timing for a wedding, you often already have the answers. It’s like when you flip a coin and cover it before taking a look—that’s the moment you really realize which side you wanted it to land on. You know what personality traits you have, but it doesn’t hurt to have it validated by some mystical force in the universe.

I’m don’t know if astrology is real or not, but I want to believe it is. If it helps someone feel a little more confident or understand who they want to be better, can’t the non-believers just look at it as a self-improvement tool?

Oh, and good news: I think we just collectively decided to ignore this “new” sign and stuck to what we’ve always done, so crisis averted. I’m still a Sagittarius!

Just another millennial's musings about the struggles of "Adulting"