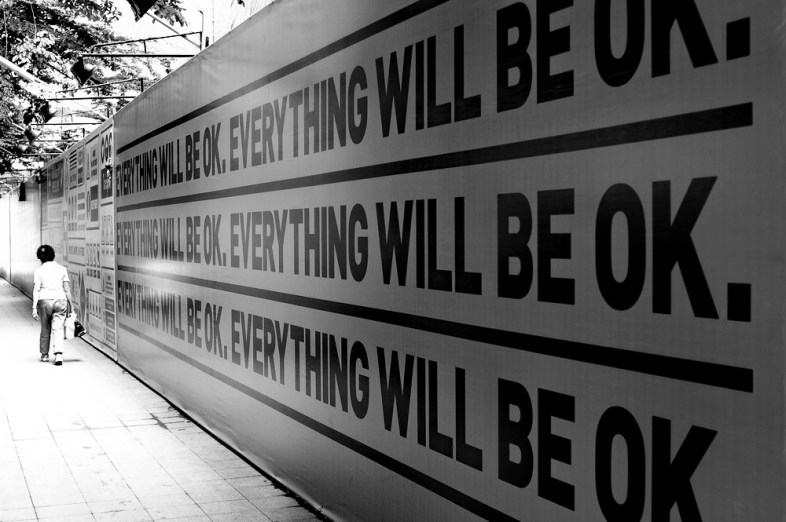 Though we’ve progressed immensely in regards to the acceptance of homosexuality throughout the past few generations, it is hard to overlook the setbacks that we’ve persistently faced in the midst of all these successes. Whether it’s the unfortunate mix of religion and politics so often promoted in certain parts of America (a country founded upon the facet of disestablishment as well as other tenets of freedom and liberty), those heartbreaking stories of same sex couples being separated if one is in critical condition at hospitals, or even simply the harmful slang terms used in thousands’ of every day vocabularies that have harmful and derogatory connotations, we as a people have quite a journey ahead of us – a journey that will drain us of our strength, will force our tears out, and at the end of the day will take our most gut wrenching effort: all for the purpose of this beautiful cause of the acceptance of homosexual love.

Throughout history, American communities have known to be generally open to reform, always open to new notions and new considerations, always willing to try something new for the betterment of society. But though I am apart of American society, I am also apart of another community that has played quite a significant role in my life.

I am Middle Eastern from both of my parents, Lebanese Armenian from one side, Egyptian from the other. We are a people who believe in tight community, strict following of tradition, religious upbringings, and strong accordance of gender roles. Not all of these things are necessarily negative. Because of my culture, I have grown to become a respectful, understanding human being, one who can be supportive of others because she has received an unbelievable amount of support. I am knowledgeable of the nuts and bolts of my cultures, I know historical facts, traditional aspects, and behavioral concepts like the back of my hand. The love I’ve experienced in my family and the diverse practices we engage in have given me an irreplaceable upbringing that I couldn’t ever be grateful enough for.

But these aspects also have their downfalls. No human is infallible, however it is common knowledge that cultural conflict in the Middle East has been no joyride throughout all of history. Religious fanaticism within the practices of jihad, radical biblical literalism in Orthodox Christian cultures, military conflicts between Sunni and Shiite Muslims, terrorism initiated by non-state actors, you name it, the Middle East has had that problem. But as an American, I have had the blessing to luckily be mostly oblivious to most of these problems at least as an integral part in my life, with the exception of one of them. And that is religious fanaticism within Orthodox Christian cultures.

I’ve never been super religious. Religion never made sense to me. After experiencing death of loved ones in my life and after witnessing and being aware of such suffering not only in my loved ones but in humans all over the world, the idea of a rational, loving God seemed illogical to me. For these reasons amongst many others, I dropped all ties with religion when I was 15 years old. This was a problem for my family and parents. I’d refuse to go to church, when I did I’d feel ashamed and dehumanized (women in some branches of Orthodox Christianity must sit separately from men, are given Communion only once the men have finished, and are often chastised for choice of dress or if they are not wearing a headdress). But, slowly but surely, my parents dealt with (not accepted – dealt with) my disgust with religion. But this was only the beginning of the problem.

In strict religious Middle Eastern cultures, many subjects of discussion must be left for men to examine, such as politics, economic thought, religious discourse and philosophy. Most of these discussions occur at dinner tables while women are cleaning up the plates (while men literally sit and watch). During dinner one night, my dad brought up the subject of homosexual marriage, and how given his religious beliefs, he thought homosexual marriage was downright unnatural, wrong, and disgusting. I immediately felt wrong. My heart started racing – at this time I didn’t know I would have seconds thoughts about my then straight sexuality – and it felt wrong that he was saying all of this. I piped up that I felt that it was wrong that he would get involved in other peoples lives and tell them what they can or cannot do. After all, religion and the state are separated; therefore government should legally marry gay couples, because that would not force any religious church to marry anybody. I was immediately shut down, not only because I was a girl talking about a taboo subject, but also because I was promoting something that according to the Bible would condemn humans to hell.

My father and I were tense for a while after that because he hated that I sympathized with homosexuals. Eventually though, we learned never to bring the subject up because I knew he wouldn’t accept my opinion as valid and I would get in trouble if I said anything. During a few fights, I specifically remember my father saying that he would disown me as his daughter and would cut me off financially if I had ever had confirmed homosexual thoughts. This never worried me, because as a young teenager, I didn’t know that I would ever have thoughts like that.

But then I turned 16 and met a girl who I immediately felt drawn to. After a series of events, we hooked up, and I realized that I felt a significant attraction to my same sex. This was the first girl I hooked up with, and she knew, and she took me under her wing and never felt angry with me when I didn’t immediately question my straight sexuality, nor was she angered when I denied that I was even bisexual. She just told me to consider myself before I considered the traditions of my family, because as a human I had an inherent right to be myself regardless of the family I was born into.

I didn’t end up accepting my sexuality until now, two and a half years later. I am currently 18, going to college in a different state, and struggling with my sexuality more than ever before. I have met another girl who has arguably changed my perception of who I belong with, of what gender I can see myself with, and am stuck in this cultural box that confines me from being true to who I am. I don’t know how or even if I am going to tell my parents, because if I do, I risk breaking apart my family, sacrificing a whole home for my younger siblings, I risk the love of my family as well as financial comfort and the ability to go to college. I risk all of these things all for my acceptance of myself, and I cannot comprehend whether or not that is a valid sacrifice.
Middle Eastern culture is a rigid one, one that I don’t foresee reform coming into for years and years to come. It is sad that there are many like me who are stuck in a position that forces them to lie not only to everyone but also lie to themselves. Reform is something that Middle Eastern culture is too stubborn to be a part of, and it is without a doubt the cause for thousands of deaths as well as thousands of unhappy lives lived in the hope of conserving culture.

featured image – Transformer18
Read this: 5 Things To Remember Before Coming Out To Your Parents
Read this: How To React When Your Child Comes Out Of The Closet
Read this: Coming Out As Biracial
College Coming Out Inspirational Love & Sex Parenting Womens Style Writing & Expression