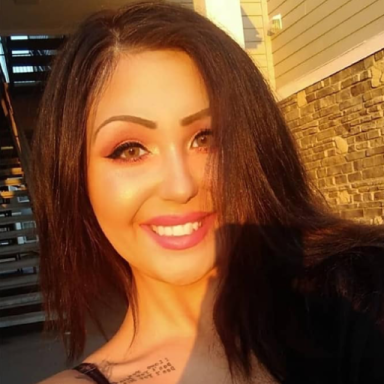 They say God sends you a rainbow after a storm, that unexpected miracles could happen amidst your darkest moment.

As someone who strives to remain an optimist, I would make my best effort to remind myself that a miracle could be appearing at any instant.

Wondrously, with God’s perfect timing, happiness was in my hands despite the chaos encompassing me.

Your hand holding mine doesn’t eradicate my preceding battles, and mine doesn’t erase yours. We will always be imperceptibly broken due to the disappointment we’ve experienced in the world, but God saw we were battling individually and determined that another soldier would make this crazed life significantly more manageable.

I once believed that my mind was too incomprehensible and exceedingly damaged to share with anyone besides myself. I assumed that it would be more comfortable to confront my wars alone, that vulnerability led to infirmity and heartbreak. I was obstinate in many senses and refused to ever let someone see what was beneath my exterior. I wholeheartedly accepted nobody would recognize or comprehend the relentless complexity that resided inside of me.

I talked to God about you without knowing you and lost my strength attempting to mimic you in every person I met.

To my surprise, the walls caved in—the tower I once imprisoned myself in was annihilated. I deemed I was crumbling to pieces when God was helping you rebuild me from afar all along.

Thank you for showing me firsthand that good people still exist.

Thank you for restoring my faith in God’s miracles by being one.