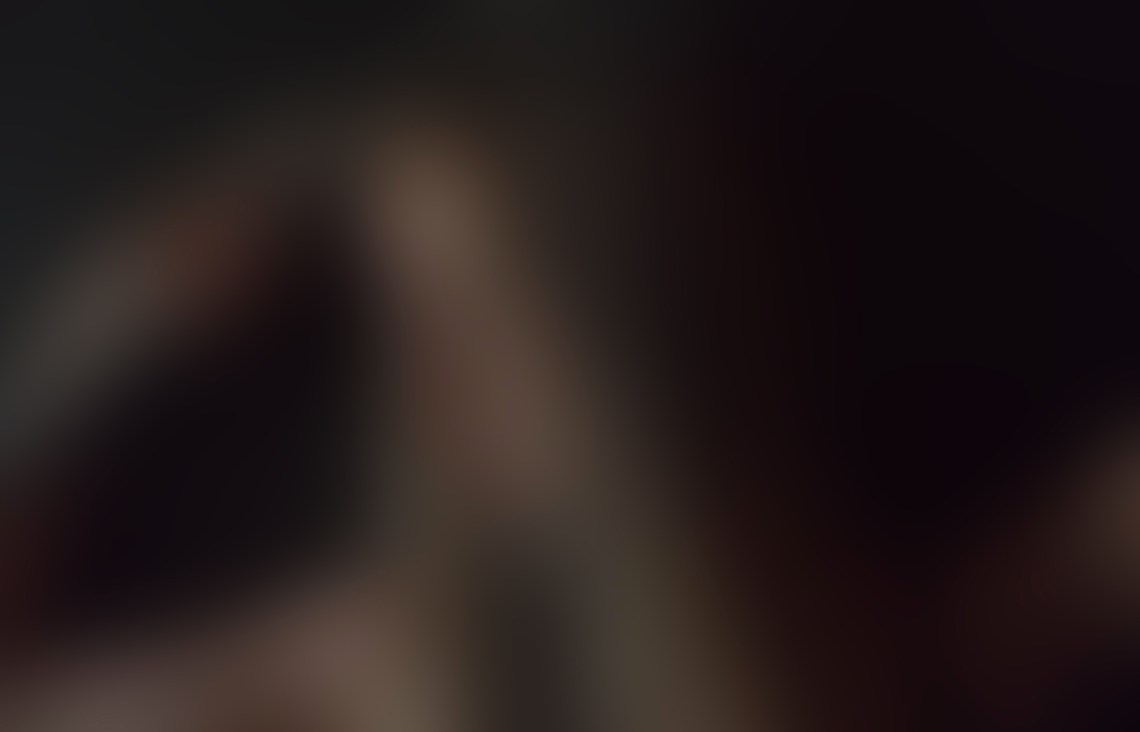 Everybody has one (or two, or three, or four…) – the icebreaker story you tell your buddies on a Friday night as you reminisce the most cringe-worthy of your boudoir misadventures.

For some this may not be the case. Your worst experience may not be something you are able laugh at or look back on.

From embarrassing awkward moments, to hilarious epic fails, to shitty first times, to rape – seven people share with us their worst personal sexual encounters. *All names have been changed

Spring Break 2009, I went with my sorority sisters to Costa Rica. On our second night we went drinking at this chill local pub. I noticed a sexy guy staring at one of my sisters. I nudged her. She barely glanced at him before she cringed, Not my type. I said I thought he was hot and asked my sisters to wing-man me. Turns out he was a tourist from Hamburg on his last night. When I shook his hand our eyes locked and I could immediately feel a connection.

My friends wanted a wilder party so we left for a nearby beach club. Once there everyone got a tiny bit drunk. I was grinding against the sexy guy, sweaty bodies of other dancers bumping into us, and I could feel him begin to go hard. After a couple more songs he whispered in my ear to ask if I wanted to take a walk down the beach. I gave my sisters a head’s up and they gave me a knowing look.

As soon as my guy and I were far away from the crowd, we started making out like crazy. We found a secluded spot hidden by some rocks and palm trees. I was wearing a dress so he slid my panties off and took me from behind and once he finished, he began to eat me out. I was so deliriously turned on that I squirted right on his face!

He looked so shocked! I apologized over and over, but he said it was okay. He washed his face down by the beach. Then to my horror, I couldn’t find my panties anywhere. He helped me search for them. We were sifting through the sand like idiots, but still couldn’t find them! They were one of my favorites, too, ugh. Eventually we went back to the party where my sisters were still enjoying themselves. I had no choice but to wait underwear-less for almost an hour before they called it a night.

The guy was really sweet, though, and tried to act normal the rest of the time, but I couldn’t even look him in the eye anymore. When I looked at him or if I think of him, all I can see is my pee-orgasm drenching his face.

We had already exchanged e-mails and a few days later when he was back in Germany, he e-mailed me to ask if I wanted to meet up again somewhere else one day, but I was too ashamed to ever reply. He kept on messaging me a couple more times. I eventually blocked his e-mail account.

Then besides that, the third guy was super wasted. He was a bit rowdy and noisy so me and the second guy would have to keep trying to like calm him every five minutes. We had to repeatedly get him hard as well, but you know how drunken sex works, amirite?

Also, one thing about having sex is when the lights are turned off you don’t see the faces of the guys you’re fucking. The fact I wear prescription glasses did not help my case in the least.

One of the guys tried to be hot by telling me to “take those fucking glasses off” but I’m nearsighted. Like, hello, that’s why I’m wearing glasses! Still, I thought it would be awkward if I killed his momentum so I took my glasses off.

I basically felt like a blind person searching the dark for the dicks around me.

Didn’t enjoy it as much as I pictured in my mind. Note to self: try not to complicate and overthink things next time.

3. You have something in your teeth

I slept with this girl everyone at my school called “crazy.” Not just crazy literally, but crazy in bed. Being the alpha male idiot I was back then, I took it upon myself to take the “challenge.” Let’s call her “Alecia.”

Alecia was cute enough, perky redhead with braces. Anyways, we were heavily flirting during lunch break and somehow we got to talking about “the deed” and she coyly joked she was good. I asked, “How good?” So we made a bet: sleep together and whoever would say the safe word first (as in could not hold it in any longer) would be the loser.

I introduced Alecia as my “study buddy.” She flashed my mom a wide, innocent smile, and politely said hello, and for some reason my mom gave me this weird look. I felt uncomfortable, but knew I was a good enough liar to pass it off.

When mom left, I breathed a sigh of relief and turned to Alecia who was still smiling. Then I saw it – two very short, but very obvious strands of curly black hair in her mouth. My fucking pubes were caught in her braces.

4. First time’s not a charm

More submissive, did whatever the guy wanted. So you can imagine when my then-boyfriend texted me at 2AM in the morning to come over because his parents were out of town, that I went without a second thought.

I sneaked out of the house in the dead of the night, luckily found a cab, and went to my boyfriend’s place. I didn’t realize how fucked up that was until now. He was waiting for me outside. I paid the cab and we went in his bedroom to watch TV. White noise. No food was provided. We were both virgins and I had not planned nor expected sex at all, naïve as I was.

Naturally as teenagers do, we began making out. He stopped mid-kiss and asked whether I wanted and was ready to have sex. I wasn’t necessarily against it, but I wasn’t prepared for it. Still I consented.

Without using a condom, he began to enter me. But I was dry and the air-conditioning was making me cold, so he couldn’t really make actual sex happen. Besides, I had no idea what the hell I was doing and he probably didn’t either. After what seemed like an eternity, he finally managed to get it in half way. It hurt like hell.

All the while I was thinking, “Fuck, what is happening? Am I really losing my virginity? But I bet it would feel really good. Oh, wait. Ow. That hurts. Ow, wait, it’s too cold, ow, stop!” He couldn’t get it in any further so we finally gave up after a grueling half an hour. I bled and it hurt like a bitch. After I was just like, “Yeah, I should probably go home soon before it’s daylight…” I left at around 5AM and I left alone. He didn’t even accompany me home or anything.

I’m sorry for all the other ladies who have suffered worse.

Let me explain: I had this group of friends and one of them was a guy named Leo. Whenever we’d hit the bars, Leo and I almost always ended up dancing together or talking in a corner table. It was obvious to everyone including me that he had a thing for me though I never took it seriously. I just referred to those times as when the evil drunk me took over. Besides, nothing romantic really happened to us.

As time went on, Leo tried more and more to get in my pants. It was like he was frustrated he couldn’t get me? It wasn’t just me, too. As decent friends Leo and I were, everyone knew he was a playboy so my friends sometimes would help sabotage his game.

He would buy me drinks under the guise of being a good guy when he was really just trying to get me drunk and whenever I was (usually not due to his efforts) our other friends would watch over me. Finally, he semi-succeeded.

One night out our friends went home or hooked up or got really super wasted. So was Leo and I. I can still blearily remember us by the bar, shoving our tongues down each other’s throats. He invited me to his place and evil drunk me went along.

Once there we were naked on his sofa and he was about to enter me doggy-style when I let out a fart. I’m sure almost every girl has gone through this, but this fart was a very stinky one. Very stinky, in fact, that I managed to kill Leo’s boner. He said that maybe we should continue tomorrow and evil drunk me was just like whatever and we went to bed.

In the morning, I woke up still feeling a little groggy and hungover. Leo was already awake and we started making out again. I’ll admit things were getting a little hot and heavy, when out of nowhere I felt a churn in my stomach and my world spin.

I puked all over Leo and his bed. I felt so sick I didn’t even care or apologize. I just lied down at a clean side of the bed, then went back to sleep. Safe to say Leo hasn’t tried anything funny since then. Thanks, evil drunk me!

I was about 17 and I met this guy. We planned on hooking up and being friends with benefits. The night we planned to hook up, we both took ecstasy and were drinking.

In the heat of the moment, or lack thereof, he could not get hard for shit. We spent 3 hours trying, and nothing! 3 damn hours! Turns out, a few days prior, he had begun taking workout supplements. That mixed with drugs and alcohol equals no boners. So ladies and gents, take note.

On top of this, it was his first time to have sex, but he failed to tell me. We tried to have sex again days later and it worked. We ended up dating for a few years before we called it quits. I’m not too bummed about the break-up, though – it was probably the worst sex ever anyways.

7. My best friend took advantage of me

Most of the things people say will probably be funny, but I have been raped and that was pretty traumatizing.

I used to have a best friend who drugged some alcohol at a rando party. I’m sure he intended the spiked booze to be for someone else, but it ended up being mine. I already knew he was intoxicated beyond comprehension at the time prior to slipping something in my drink.

Fast forward the drugs kicked in, I was unable to move and was foaming at the mouth while he had his way with me. I’m just glad it didn’t reach his intended target because if it were a girl, she could’ve been forced into a pregnancy.

Needless to say it was a life changing experience that led to push me away from people like him.