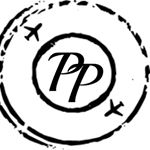 Let me start off with a disclaimer: I am a cheap gal on several things, but there is one thing I don’t do cheap, and that is travel! Let’s talk about it.

So we’ve all read those articles and advertisements about how someone traveled to X country and only spent $50 the whole trip. Well, I’m being dramatic, but they do talk about how they spent some astronomically low amount to travel to a country and stay for a few days up to a few months. I am here to give you the raw truth and to really help you understand what it all means.

Traveling cheap is not worth it if you want a full blown experience free of limitations. Yes, you are always a bit uncomfortable or nervous when traveling somewhere new. But there is a much higher level is discomfort when you travel for cheap. Let’s go with a bit of a list shall we?

Safety in the Accommodations—Who wants to take risks with their safety in where they live, particularly in a country that they are not familiar with? I am definitely not down for that. The world is beautiful, yet there are some dark spaces and I do not put myself in susceptible situations. When you travel abroad to places and stay in areas that are potentially on the rougher side of the tracks, you open yourself up to things that could potentially be avoided. There are always places with higher crime rates and you just have to be aware of that. When you put in the money, you are normally in areas where security is in place. For instance, New Delhi, India is an amazing place to stay, but there are cases of crime (particularly sexual assault) that are commonly reported in the big city. My professor from India was sure to place us in the 4-5 star hotels with gates and armed security. We felt safe to roam around the hotel and knew that there was protection in place around us. It provides an overall peace of mind.

Cleanliness of Accommodations—There is nothing worse than walking into a hotel room to see that big fat roach crawl across the wall. How about that big, old, weirdly colored stain on the sheets? Or when you walk into the shower and it looks like it has not been cleaned thoroughly in 50 years? Oftentimes, those people who travel cheap don’t live in the conditions that we are used to back home. Now, don’t get me wrong, there is nothing wrong with having a humbling experience. I have done that several times in my travels to the Dominican Republic, rural parts of India, and Belize. But who wants to feel like they don’t want to barely touch ANYTHING in their hotel room? With the more pricey hotels (relative to the location), you know room services have to be on top of it because It is what you are paying for. This does not make you snobby, and no one is saying you have to pay $5,000 for two nights in the best of the best. You just want to travel and relax in cleanliness, so pay that extra few hundred dollars.

Safe Excursions—Why would you want to take a chance with sketchy excursions? We read about stories all the time where people went on some excursion off the beaten path and it didn’t go as planned. Yes, it costs more to go with mainstream companies, but you know what? Those companies have a high reputation to uphold, and if they want to keep business, they probably aren’t going to take any chances or shortcuts. Not saying they are always perfect, but traveling with the common tour groups can provide a touch of relief. On top of that, sometimes people who travel cheap opt not to do excursions due to cost. Excursions can be the most rewarding opportunities ever! Swimming with dolphins in Cozumel, parasailing in Cancun, bobsledding in Jamaica, exploring the Taj Mahal in India, visiting Versailles in France with a guided tour—these are excursions that are ALL WORTH EVERY PENNY (I know because I did them).

Convenience—Okay, so you want to take the cheapest flight you can get. So what do you do? You take a 21 hour flight with tons of layovers rather than the slightly more expensive 7 hour flight. I promise you, by hour 5, your mind is going to be shot because you have another 16 hours of travel left despite the fact that you could have been almost there. Time is one thing you cannot get back, so why waste it in a cramped plane or sleepless airport when you can spend more time doing the best things on land or water? Also, the more expensive accommodations are usually in the mainstream areas. Save money on the other end by not having to pay for taxis and walking to locations. You get a real hands-on perspective of the location when you walk it!

There you go. Traveling cheap just is not worth the risks, and who wants to feel uncomfortable traveling when it can be avoided? Now, there are people who are okay with doing it the cheap way, and kudos to you. I have found my experiences to be so exciting and even more heightened when I paid that bit of extra money. They say the best experiences in life are always free, but I beg to differ. Some of the most awesome things have a price—that’s just life!

The founder of Project Passport, making mental wellness the norm.