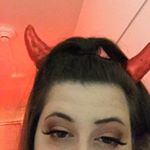 It wasn’t him I fell in love with, but the relief I felt when he left for work. The silence that arrived after he immediately locked the door behind him was like no other. The air was still but infested with the smell of burnt coffee beans, because he never quite knew how to do it right. I turn to my side to see the dent made in the sheets and the fresh drool still remaining on his pillowcase, leaving me with a sense of empowerment, the kind I do not feel around him. My own body warmth was the only thing I craved and my clouded mind was silenced. Every morning I lie awake and take it in for a while, the simplicity of being alone.

Last night was similar to all the arguments we have had in many ways. Possibly because it was over something silly and he still managed to get mad. It was a typical Thursday night. We had just got paid and went to our favorite Mexican restaurant, which is surprisingly not Taco Bell (all the time). We came home to watch a movie, or at least that was the plan, “Why can’t you just pick a movie already goddamnit?” These words were him adding gasoline to the fire behind his eyes and although it did not make sense at the moment now I sit and wonder why he does it. But we’ll get back to that. I am aware I am an extremely indecisive person sometimes, I never want to give anyone a direct answer because I fear things like this would happen. Finally, after some time I selected The Iron Giant, a film that always seemed to put a smile on my face.

“This is what you put on? You’re such a child.” He spoke. “I can’t believe I wasted all of this money on having a nice night to end it with a children’s movie.”

“Shut this shit off, start acting your age and let’s watch something normal.”

But it didn’t end there. I got up and rebelled against him, I knew I shouldn’t have because when I do it is never a happy ending for the princess. I was cracking under the pressure. Staying silent is the hardest thing I have ever done in my life, especially with him. Then the argument really started, voices were raised and he just told me everything that I wanted to hear. This argument was nothing I haven’t heard before and sounded the same as every other one in the past two years, then this happened. As soon as I was near the door to leave the room he raised his fist and I just prepared myself for the pain. I have never heard sheetrock crack like it did this night. About an inch away from my face was a man-made black hole, spilling its guts onto the floor.

After the dust filled the room, we laughed. He laughed because he was evil and I laughed with relief it was over. Then he fueled me, he smuggled me with attention and something similar to love that was not quite the same, him drifting to sleep with the biggest smile, dreaming about his successful night. How he had broken me down in so many ways and there was so much work to do because he craved to shape me into a woman I was not. Waking up next to him was like my worst nightmare coming to life. He was crazy, and I wasn’t so sure if it was for me anymore. My morning was spent having a pity party for myself, with the favors being chapped lips, tear-stained cheeks, and a broken heart. The door opens and I hear his voice calling me, longing for attention and craving to shape my mind.

Now I recognize why they name storms after people.

As you are reading this I'm probably thinking of sesame chicken.