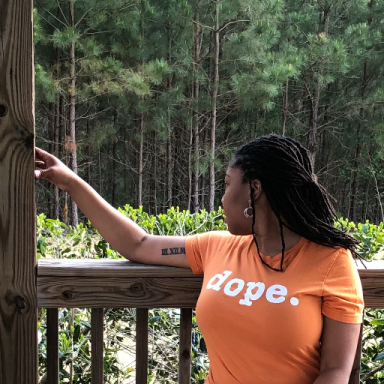 The tragic murder of Nipsey Hussle has impacted a generation. His family members and friends are wading through a depth of pain and heartache that we all pray never to experience. A soul-crushing loss, too powerful for words. His fans and his community are mourning the loss of an entertainer and a leader. They have lost a legend.

And still, it reaches further.

I am not going to blast Nipsey’s music and pretend that I was a diehard fan. I can’t recite his lyrics or give you a rundown of his discography. I didn’t know him. I knew of him. I knew what he represented, and it was honorable. For that, he deserved respect.

And his death now represents the fear that I, and many others, live with on a daily basis.

It is another senseless killing. High profile, no doubt, but one of countless others that are plastered across our screens constantly.

Nipsey’s death invokes uncomfortable emotions – ones that we aren’t sure we’re supposed to have because, fan or not, we didn’t know him personally. It is similar to the feelings we have when the shooting deaths of unarmed black men go viral. We are angry, yes, and we feel bad for their families, but are we supposed to be sad? Do we have the right to mourn people we don’t know?

That sadness, as uncomfortable as it may be, should not be shrugged off or pushed away, because it has meaning.

It is painful for the people they did know. The families they were stolen from — the lives that will be incomplete. It is the undeniable fear that we too will suffer that loss personally one day.

It is the hopelessness that comes with loving a black man, knowing that he was born with a target on his back.

It is the frustration in the endless search for answers. The justice that will not be granted. The closure that won’t come.

It is the disbelief that life means so little to some that they can take it without a second thought. That hate can run so deep that it renders you soulless.

And at its core, it is humanness.

Rogue is my fav superhero, but love is the only weapon we have left