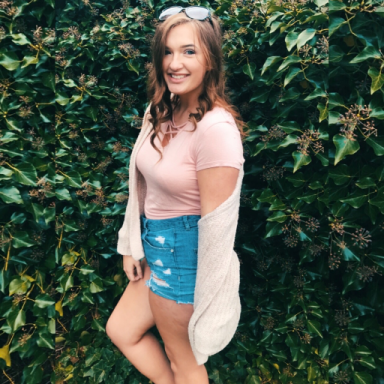 If you spend any time on the internet at all, chances are by now you know it’s Pride Month. But how much do you really know about pride month? Most people I’ve spoken with haven’t even heard the word Stonewall.

As incredible as it is that we’re finally celebrating our LGBT community with an entire month, it’s unacceptable that we’re forgetting where it began. So in honor of the 50 year anniversary of the Stonewall uprising, here are 8 things you need to know about the history of pride month.

1. Pride month began as a riot.

So maybe you have heard of this one. It’s been going around social media lately, but do you understand the depth of that statement? Do you understand that this month did not begin celebrating gay and transgender rights, but that they had to violently demand them?

The legendary night was June 28th, 1969. In a small community called Greenwich Village, in New York City, police began their usual routine, raiding a gay bar called Stonewall Inn. The details of the event are still highly debated to this day, but what we do know for sure is the citizens began to riot for the first time, and certainly not the last. The violent outbreak was only the first in a series of riots, protests, and complete chaos in the city over the next few days.

2. The first protest only had about 400 people.

The day after the initial riot, Greenwich and surrounding communities gathered to stand together as police showed up to 400 LGBT people standing in front of Stonewall Inn, which was boarded up and graffitied with the words “support gay power” and “legalize gay bars”. The number of arrests was never confirmed, but we know there were at least a few arrests, and 2 people clubbed to the ground by police officers attempting to break the group.

3. At the time, you could be arrested for simply not dressing to your at-birth gender.

It’s difficult to remember sometimes, that 1969 wasn’t that long ago. 50 years is not a long time when looking at the big picture. Most of our parents, and grandparents lived through these events. So in easier terms, think about your grandfather being arrested for wearing a dress. That was the reality for gay and transgender people during those times. Equality may be something we’re still working on as a country, but these days were spreading the freedom of clothing, where even a straight cis man could wear a dress, or whatever he feels comfortable in. Back then, a woman could be arrested for wearing less than 3 articles of “feminine clothing”. Police often took advantage of this wording, as feminine clothing can be subjective.

4. The first pride march wasn’t until the next year.

Over the course of the next year, citizens had to keep the movement going, or it would fade away and any hope at real change was lost. The LGBT community had to face their fears and the dangers of being out, to become more vocal across the state. The first march wasn’t until exactly a year later, on June 28th, 1970. The past year of vocalizing their sexualities had caught the attention of states across the country, and they joined their own march’s at home.

The first few years weren’t all rainbows and butterflies (pun intended). In fact, the community was originally represented by a pink triangle. The pink triangle was also used in Nazi Germany to represent “sexual deviants” in concentration camps, so a new symbol was needed. In 1978, at a San Francisco march, Gilbert Baker created the first rainbow flag, and it caught like wildfire. The original flag had 8 stripes, rather than the 6 you see today, and each stripe held its own meaning given by Baker for what he thought to be aspects of the gay identity. “hot pink for sex, red for life, orange for healing, yellow for sunlight, green for nature, turquoise for art, indigo for harmony and violet for spirit.”

If you haven’t heard this name before, it’s time you hear it now. Marsha was a legendary figure essential to the beginning of pride month. Marsha was a black transgender sex worker and self-described “drag queen” who is credited with throwing the first brick at a cop, beginning the Stonewall Riots. Marsha has been called the “Rosa Parks of the LGBTQ community and is known as one of the most fearless of her time. She left her home state of New Jersey at 18 years old, having only $15 and a bag of clothes to her name. She started in New York waiting tables, joining the LGBTQ local community, which at the time, was only done in secret meetings and gatherings.

After the initial riots in 1969, Marsha co-founded the Street Transvestite Action Revolutionaries, or “STAR” for short. STAR was an organization that provided shelter and support to queer youth and sex workers in the big city.

Marsha’s death was one of the most devastating for the LGBTQ community. After finding her body in the Hudson River in 1992, police ruled the 46-year old’s death as a suicide, despite arguments from her friends and family. Those who knew her well enough knew she was not suicidal, and something as drastic as this was completely out of character for the famous sex worker. In 2002 the cause of death was changed from “suicide” to “undetermined”. In 2012, the case was finally reopened as a potential homicide.

On May 30th of this year, New York officials announced a monument will be built for Marsha P Johnson, and her longtime friend and co-founder of STAR, Sylvia Rivera. Which brings us to the next name you should remember this month.

Silvia was born and raised in the big city and had a rough start early in life. She became an orphan at the age of 3, her father abandoned her at birth and her mother commuted suicide. She was left to be raised by her grandmother who was unhappy with her feminine tendencies and began living on the streets at 11 years old, working as a child prostitute. Eventually, she was taken in by a group of drag queens where she got her new name Sylvia.

Whether Rivera was actually present at the initial stonewall riots is still a mystery. She claims she was there, but Marsha Jonson still claims she was absent. Regardless of the initial riot that began the movement, Rivera was an activist and voice through her entire life as she struggled with homelessness and substance abuse. Because of her experience, she focused her voice to the people of color and low-income LGBTQ community who still had a long way to go for equality.

After losing her colleague and close friend, Marsha P Johnson in the famous Hudson River in 1992, Rivera attempted to commit suicide by walking into the same river in May 1995. Later that year, she sat down for an interview with Randy Wicker, a gay journalist, where she shared her thoughts on her suicide attempts, Johnson’s considered suicide, homeless LGBTQ youth, and the AIDS crisis, which at the time was still focused on gay men.

Her death, while not as suspicious as Johnson’s, was still devastating to the community she spent her life helping. In February 2002, Rivera passed away due to complications with liver cancer she’d been battling.

Shortly after her death, attorney Dean Spade founded the Sylvia Rivera Law Project, a legal organization that serves for low income, and homeless youth, of the LGBTQ community. Her legend lives on in the lives she’s changed.

Roy McCarthy is one of the less famous activists but was one of the most vocal Stonewall protestors into the 20th century. His latest interview was in 2013, with Cristan Williams, when he discussed the transgender rioters being erased from history.

On the famous day in June 1969, McCarthy was sound asleep in his partner’s apartment, across the street from the Stonewall Inn. He recounts the moments, as his childhood sweetheart came running in to wake him up, shouting that the queens are rioting. Within minutes he arrived, as the police van pulled up, and he witnessed someone throw a heel at an officer.

He gives credits to the Vietnam war, for normalizing riots against police. At the time, when there were so many protests, it gave his fellow LGBTQ community the motivation to stand up against authority.

As the police gathered everyone outside, they were able to notice the crowd growing angry and fighting back. The officers then went inside the Inn and barricaded themselves in. They hid in there until angry protestors threw a parking meter through the window. Within 20 minutes, McCarthy had helped tip a police van on its roof and set it on fire.

He goes on in his interview to explain at the time he was 19, he’d been kicked out of his house and was a male prostitute. He states the Stonewall Inn was mainly made up of prostitutes, drug addicts, who were all mainly transgenders and drag queens. He states “ it was those of us who had nothing to lose and stood up, and everybody joined in afterward.”

That may be why he had a lot of concern and emphasis on the transgenders who weren’t given credit for the movement. He explains when he refers to the gay community, he is referring to transgenders and drag queens because they were who began the movement and kept the momentum going into today.

In the midst of the riots, McCarthy found his partner in a headlock by a police officer. He claims the adrenaline seeing the blood on his partner’s face was enough to give him the strength to jump on the officer, take his baton, and began beating him with his own weapon. After a few good hits, McCarthy found himself on the ground, bloodied by an officer on horseback who hit him in the head with a nightstick. To this day, he is missing a piece of his skull, which he refers to as “a chip off the old block”

At 130 lbs, and only 5’7 feet tall, Roy McCarthy May not have been much help with the physical riots, but his vocal interviews through the year have given the community a voice, to speak the past and hope for a brighter future.

This June, remember where pride month began, and the legends that got us to where we are. Represent your flags, wear what you’re happy in, and love who you love. Be proud of who you are, for those who never had the luxury we do.

5 Ways To Celebrate Pride At Home This Year

9 Of The Best Ways To Celebrate Pride All Month Long

Here’s Why You Cannot Forcibly ‘Out’ Demi Lovato