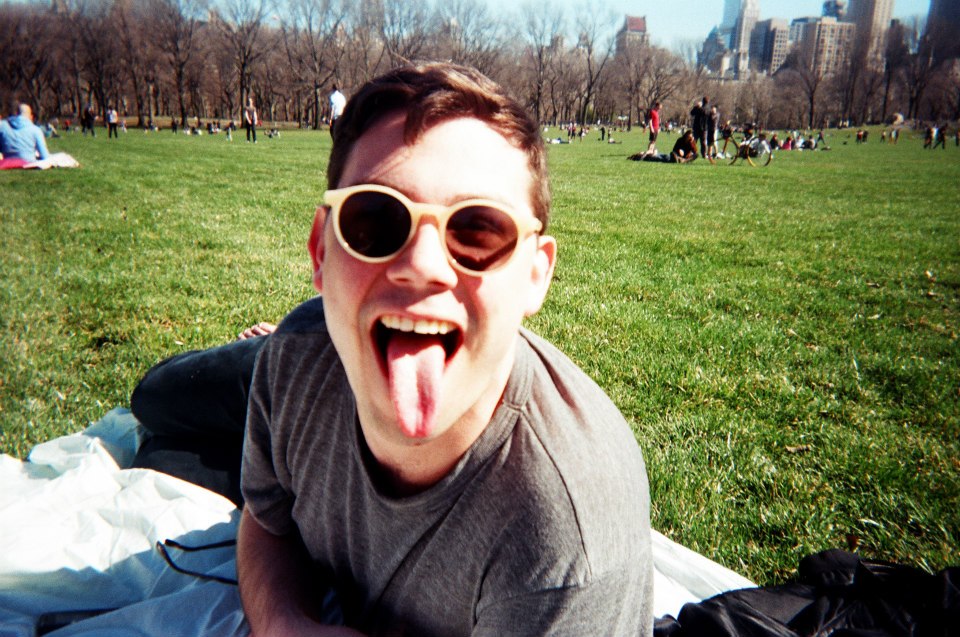 Okay, so I wrote a book. I wrote a FUCKING book and it’s insane and surreal and exciting but it’s also a total WTF because it took me a whopping two and a half years to finish it. Granted, that would’ve been totally fine if I were writing fiction or if I were Connie Chung on the front lines of Insert Sad War Here, but I wasn’t. I was simply writing about my life, something I had been doing professionally on this very website, so why was writing my book so damn difficult? Well, let’s rewind the tape.

In the spring of 2012, I shopped around a book proposal called How To Be A Twentysomething. The material was very “Urban Outfitters Book You’d Put In Your Bathroom And Only Read If You Were Really Desperado.” I wasn’t super proud of it but then again I wasn’t super proud of anything I did at the age of 25, except maybe my ability to grow wispy bangs.

So I go and meet with publishers. A lot of these meetings left me feeling very dizzy and confused. One publisher asked me if I could draw doodles and I told them that I lost most function in my writing hand when I was hit by a car and, therefore, couldn’t write my name, let alone make fun, flirty doodles of iPhones. I never heard back from them. Another publisher asked me if I knew a lot of famous people who could help me promote the book and I said, “Um, I don’t think so. My best friend’s a Kindergarten teacher. But, hey, I saw Lindsay Lohan at La Scala once!” Needless to say, they were unsoothed by my answer and I never heard back from them either.

My last stop was Simon & Schuster. There, I met with a cute, charming gay guy and a warm, kind, straight man whose face was 70% beard and glasses. Together, we feasted on LOLs until we all ODed and had to go to Beth Israel from a LOL overdose. The next week, they offered me a book deal and I was ecstatic. That is, until I realized I had to write a book.

Here’s the deal: I had no interest in writing a book that was just cute listicles and quippy essays. No shade, obviously, but it’s what I did at my day job and in order for this book to feel worthwhile I knew I had to write about something that was very near and dear to my heart, something that might actually add to the discourse surrounding gay life. To me, that something was my disability.

I’ve never written about the fact that I have cerebral palsy. I used to justify this by saying it was too personal of a thing to share with trolls on the Internet. They would just comment “GO DIE IN A GIMP FIRE YOU GIMPY MOTHERFUCKER LOL JK FOLLOW ME BACK ON TWITTER????!!!!” But the real reason why I hid it was because, well, I medium-hated myself and wasn’t ready to deal with it.

Just kidding! They were totally DTF with me having CP. They told me, “Do it! Go spread your bum wings and fly away to your MacBook Pro!” So I did! Or at least I tried to. Denying my disability for the last twenty-five years had turned me into an emotionally stunted nightmare and whenever I wrote about it I felt like I was being dragged through hot concrete. Excluding the friends I grew up with, no one knew I had CP. Or if they did, they didn’t ask me about it. In New York, I lied to people and told them that the reason I walked with a limp was from my car accident. Thankfully, everyone bought it.

Looking back, I think the reason why I was so self-destructive in my early to mid twenties was because I genuinely thought I was disgusting. My crooked arms, my bent legs that were covered in scars from the 10,000 surgeries I had to have as a child: they all made me unlovable. I didn’t deserve anything good, except maybe a Percocet and a Slowdive song.

Can you tell Mama had some unresolved issues? When I first started addressing my disability, I realized I had repressed a lot of #dark childhood memories (like, the time a stranger assumed I was retarded and needed help putting a dollar bill through a vending machine. To be fair, I was retarded and I DID need help smoothing out the dollar bill—having cerebral palsy meant my fine motor skills were NOT so fine—but, oh my god, how embarrassing, stop!! Or the time a Special Ed bus stopped in my neighborhood and asked if I needed a ride to school.) Reliving all of these humiliating memories was like putting a magnifying glass to the little ants known as my emotions and burning them to a crisp.

You might be thinking, “So what? No one would care if you had a disability. You’re being a total drama queen!” And to that, I would say, “Take a walk in my orthotics.” You have NO IDEA what it feels like to walk down the street and have people stop to gawk at you (unless you’re a woman, or hot, or both). You have no idea what it’s like to go into a gay bar and feel utterly invisible because the way you walk renders you unfuckable. I mean, why would someone mess with that when they can go talk to a cuter, able-bodied version of you???!! The “otherness”” I feel is very real. Gay disability is not something that’s highlighted in mainstream culture. Cerebral palsy is NOT FUCKING TRENDING ON TWITTER, OKAY?

But, who knows, maybe it will someday soon! Writing this book was challenging but I finally finished it and I’m not exaggerating when I say that it saved my life. I started this book as someone who was deeply in pain and self-medicating with boatloads of drugs, and I ended it as someone who’s genuinely happy and ready to shout “GAY! CEREBRAL PALSY!!” from a crumbling mountaintop. And that’s because I like all of me now, even the part that sometimes drools on people.

So pre-order my book! It’s called I’m Special: And Other Lies Twentysomethings Tell Themselves. My blood, sweat, and queers went to it, so I hope you like it. If you don’t, that’s fine too, just don’t tell me, k?