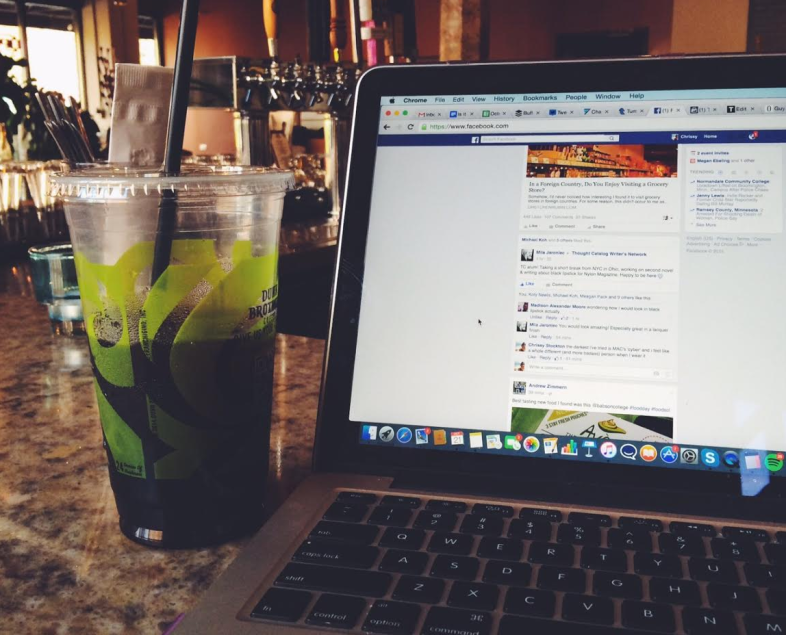 I have a dirty secret: I’m a “hate follower.” A hate reader too, I suppose. For a long time, my social media accounts have reflected this. So has my information diet. It’s not that I necessarily hate anyone, but what they post makes me irrationally upset. What they say, what they think, what they take pictures of.

It provokes me for a lot of reasons. Because it’s annoying, wrong, hypocritical, fake, lame, pretentious, whatever. Sometimes it’s real life friends. Sometimes it’s people I don’t even know. Who they were or what they do just gets me all riled up.

This is classic hate reading. Hate following is usually rationalized by claiming that as upset as it might make you, it’s perversely pleasurable. That it’s somehow cathartic. Or at the very least, a harmless little indulgence.

Of course, the logic there is more worthy of disdain than anything any idiot ever posted.

Because it isn’t harmless or cathartic.

The pleasures of rage are fleeting to say the least. As soon as the adrenaline dies down, all that’s left is the junk. But we tell ourselves the lie so we can justify some of our worst traits—judgment, jealousy, distraction, projection, pettiness.

There is a really simple solution to it too: Unfollow. Delete. Purge.

A few thousand years ago, the philosopher Epictetus argued that whenever we’re offended or upset, “our mind is complicit in the provocation.” Eleanor Roosevelt said the same thing, that no one can make you feel inferior without your consent.

And this is true as far as individual encounters go. Except a huge amount of the unpleasant encounters we have in life are totally avoidable. We know the equilibrium and balance are incredibly important to personal happiness, so why on earth would you needlessly engage with people and sources which disrupt that?

If a media site is inflammatory and infuriating, stop listening. If the service at a restaurant is consistently aggravating and bad, there’s no reason to keep going. No one is putting a gun to your head. If you have a friend who lies to you or is perpetually late or makes you uncomfortable, find a new one. I know so many women who keep a bunch of creepy guys in their life who they appear to hate but tolerate anyway. It’s time to move on.

No need to be rude. No need to make a big deal of it. But ruthlessly and consistently excise these sources of provocation from your life. Instead of, you know, thriving on the conflict.

And that goes for everyone: If someone is combative or unpleasant or demeaning or selfish or ignorant or disruptive, then as far as you can help it, don’t.keep.them.around. Physically or digitally.

Maybe you even think that about my writing. If so, please stop! I’m not worth it.

This is your life. It is your sanity and emotional well-being. Protect it.

Or do you value life so little that you allow it to be stolen away from you by the hour by thieves you can’t stand? Why should you give any more of than you have to to people you don’t like?

Sure, there are some exceptions here. By definition, work is trading some freedom for money in order to live. All of us are forced to put up with some unpleasant people as we do our business. The same is true as we pursue education, formally or otherwise. There will be truly objectionable people and ideas that will need to expose ourselves too.

Eli Pariser was right in his book The Filter Bubble, when he warned of the danger of living in bubbles of personalization that reinforce and insulate our worldview. If one seeks only information that they like or confirms what they know, they’ll never learn anything new.

The problem is that we can use this justification to keep unworthy people and sources in our lives. “Oh, so and so is just different. I am exposed to new things through them.” You know what happened when I pressed the “Unfollow _____” button on Facebook? Nothing. “Oh but sometimes Gawker has funny or smart articles.” Yeah but the vast majority are inaccurate, toxic, exploitative, nasty or pointless. You know what’s going to happen if you stop reading? Your life will get better and you will find smart stuff other places.

Sure, if you spend time or surround yourself exclusively with people just like you, that can become problematic over time. But conflating dysfunction with diversity is no better. Subjecting yourself to other people’s negativity and close-mindedness—doesn’t eliminate those traits in you, it exacerbates them.

Who you spend time with makes you who you are—and I’d much rather become like good people than the alternatives.

There is simply no reason to wake up and subject yourself to things that don’t add positive value to your life—there’s even less reason to put up with shit that makes it worse. Social media should be something you enjoy, not something that creates unreal expectations or unpleasant reactions. Your friends list—in real life and online—should make you happy! Crazy, right?

There is an epigram from the great Publius Syrus: “Always shun which makes you angry.”

I think what he meant was there are plenty of things in life we cannot control. Our anger is not one of them. And the easiest way to do so is to eliminate the unnecessary stimuli for that anger.

For me, the last year has been marked by a steady friend purge. Instead of thriving on the negative energy, I deleted. Not only online, but in person too. If I don’t think much of so and so, why am I keeping them around? If so and so doesn’t seem to respect my time, maybe I should stop giving it to them? If so and so needs to make other people feel bad to feel good about themselves, isn’t that the definition of a relationship that’s unhealthy? If so and so is a troll who seems to thrive on drama, then good for them, but where is the rule that says I have to participate in it?

The power to change that is in your hands. It starts with a purge.